Researchers have enlisted citizen scientists—regular people like me and, maybe, you, too!—to help crowdsource important data for years now. Founded in 1998, FrogWatch USA is one of the longest-running citizen science programs around, and, since amphibians are extremely sensitive to environmental changes, FrogWatchers’ observations have been especially valuable. 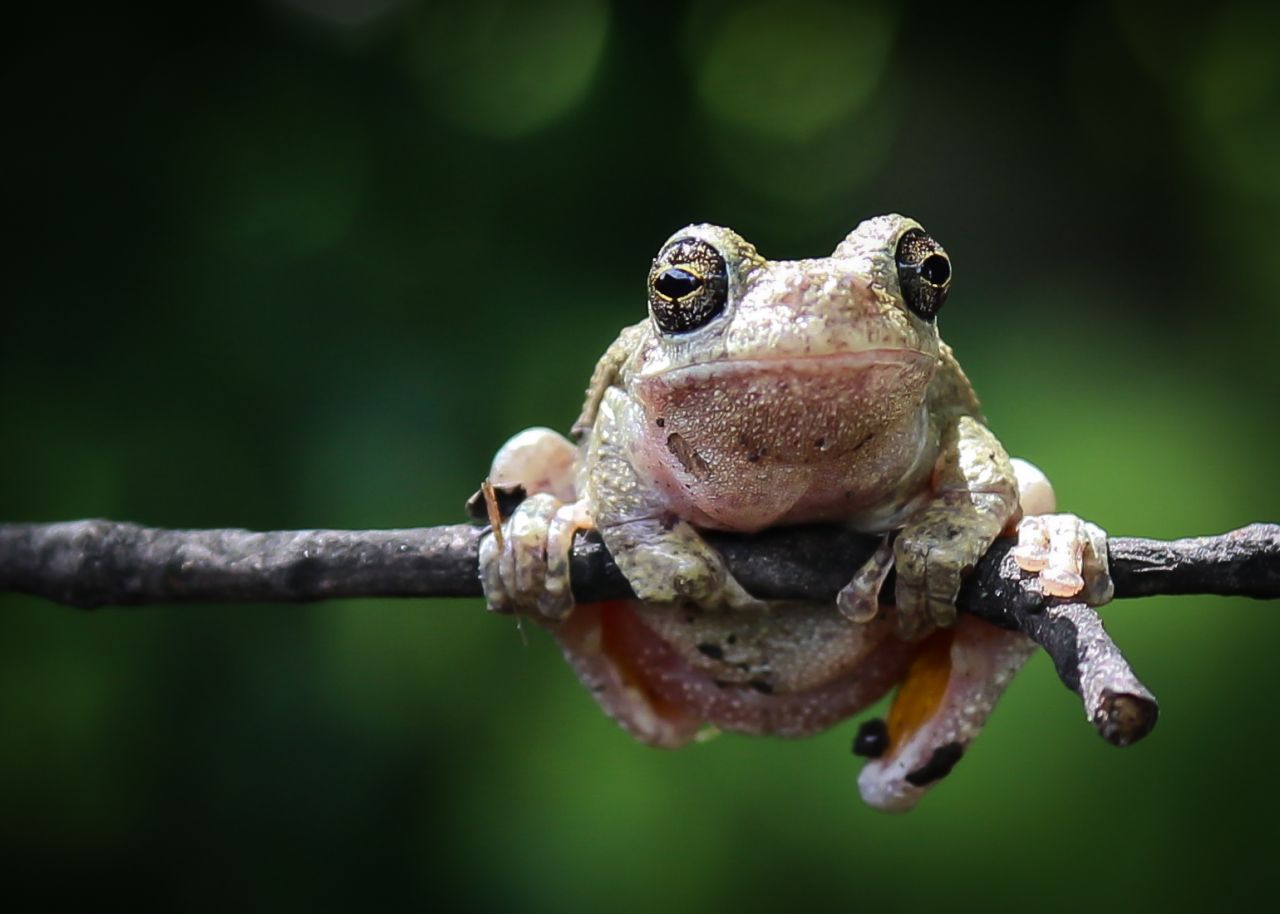 Because water and oxygen can pass through amphibians’ skin and eggs, they’re often among the first creatures to alert us to the presence of environmental pollutants and disease in our fields and wetlands. Frogs and toads are also sensitive to the effects of climate change which can disrupt breeding periods and habits. Beset by these challenges, habitat loss, and more, certain frog and toad populations have declined sharply. 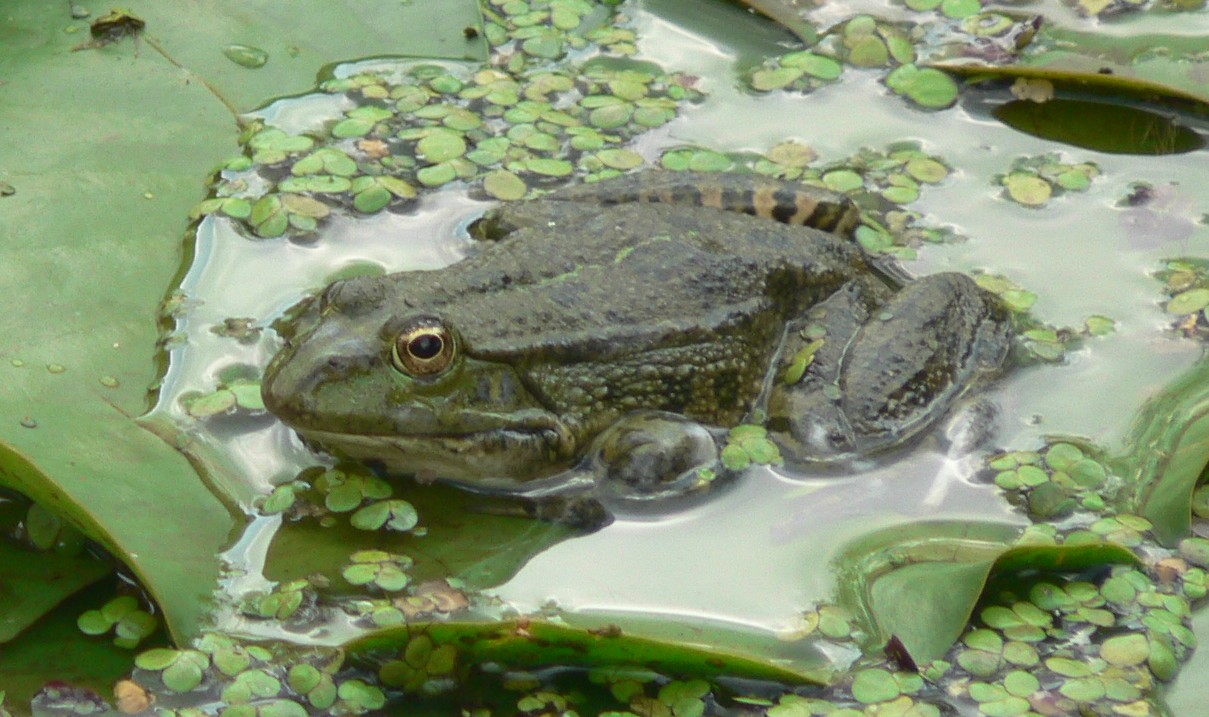 Frog sitting on a water Lily. Photo by Captain Zapp.

Lend Them Your Ears

Want to help? FrogWatch USA has local chapters across the U.S., and you can check here to see if there’s a chapter near you. Certified FrogWatchers familiarize themselves with the different frogs and toads which live in their respective states, memorize their distinct calls, and then monitor specific territories between February and August. Local chapters often hold in-person trainings in early spring, but, if you missed yours or one is unavailable, you can go through FrogWatch training online instead.

A few of the more common species in the U.S. include American toads, green frogs, and gray treefrogs. From spring peepers and bullfrogs to the eastern spadefoot, there are about 15 different frogs and toads where I live in Indiana; however, the number and kinds of frogs and toads you’ll have to keep tabs on will vary depending on your own location.

So, just what do FrogWatchers listen for? There are mating calls, of course. There are alarm calls which indicate the presence of danger. And there are ‟release” calls—typically uttered after a male mistakenly attempts to mate with another male. (In my case, that added up to 45 individual sounds to memorize!) 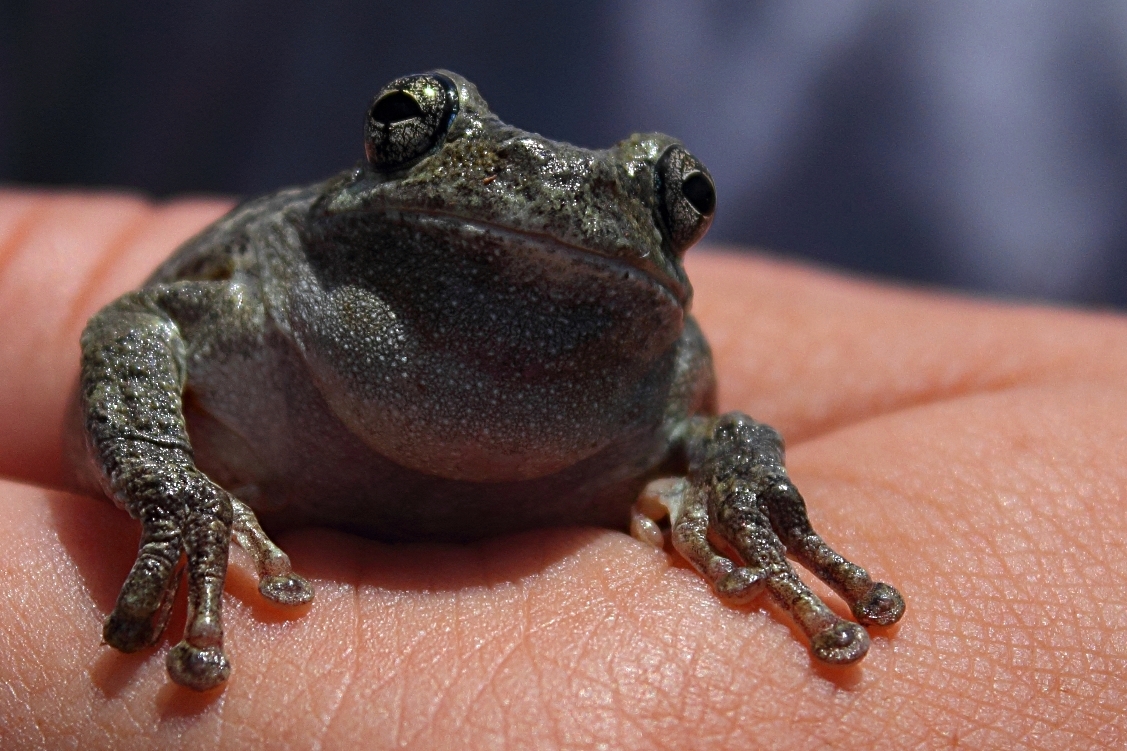 For the data they collect to have real value to researchers, FrogWatchers must follow a series of strict protocols. Participants carefully record the time, temperature, wind conditions, and types and intensities of calls they hear during a three-minute period.

Careful attention to detail is paramount. After all, keeping track of multiple numbers and types of frogs and toads simultaneously can be tricky. Some species—for instance, the “gray tree frog” and the “Cope’s gray tree frog”—sound nearly identical. Still others, though, are much easier to distinguish. There is the wood frog’s distinct, throaty chuckle, for example. And the American toad’s shrill whistle.

After each listening session, FrogWatchers enter their data into a national system that researchers can access and study. To date, they’ve been able to map more than 112,000 species observations from thousands of volunteers monitoring 4,300 individual wetland locations. 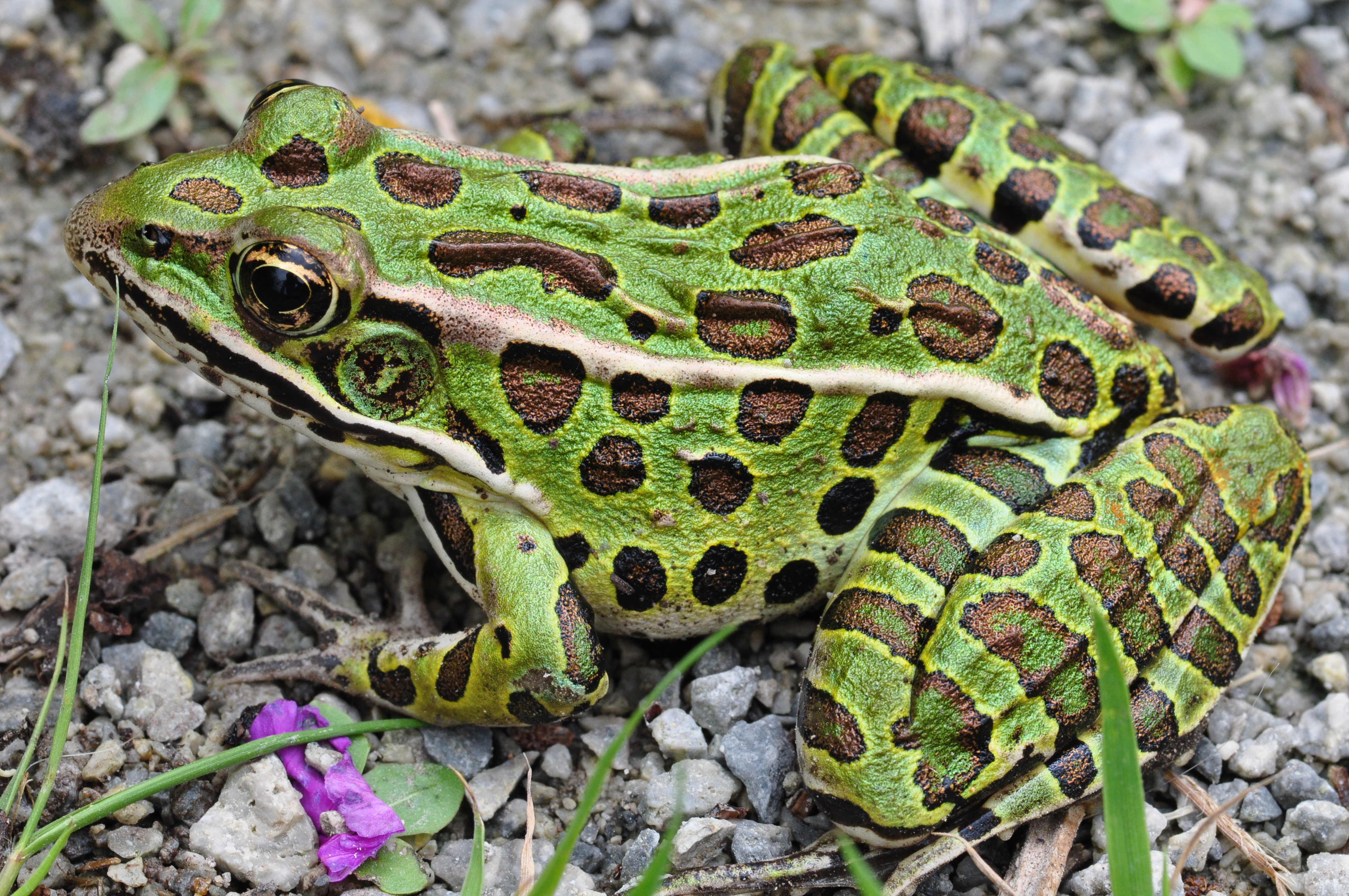 A Northern Leopard Frog in Canada. Photo by Mykola Swarnyk.

If becoming a certified FrogWatcher sounds a little too ambitious, you might consider providing area toads with much-needed habitat and protection from predators instead. Here are some tips on how to make toad houses and toad holes.