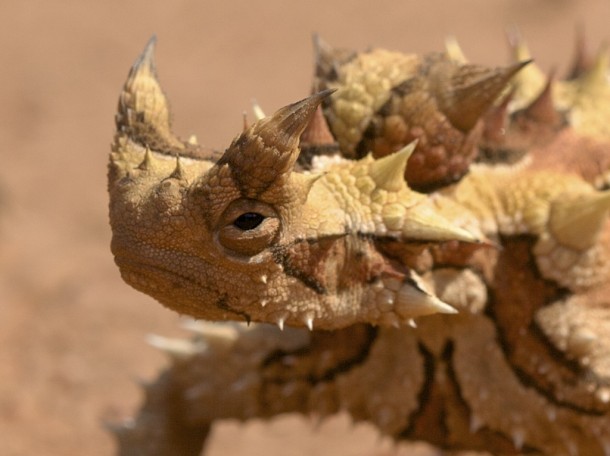 The thorny devil (Moloch horridus) looks like something straight out of an old Japanese monster film. Thankfully, the lizard only averages eight inches (20 centimeters) long and spends most of its time terrorizing ants, not denizens of Tokyo. 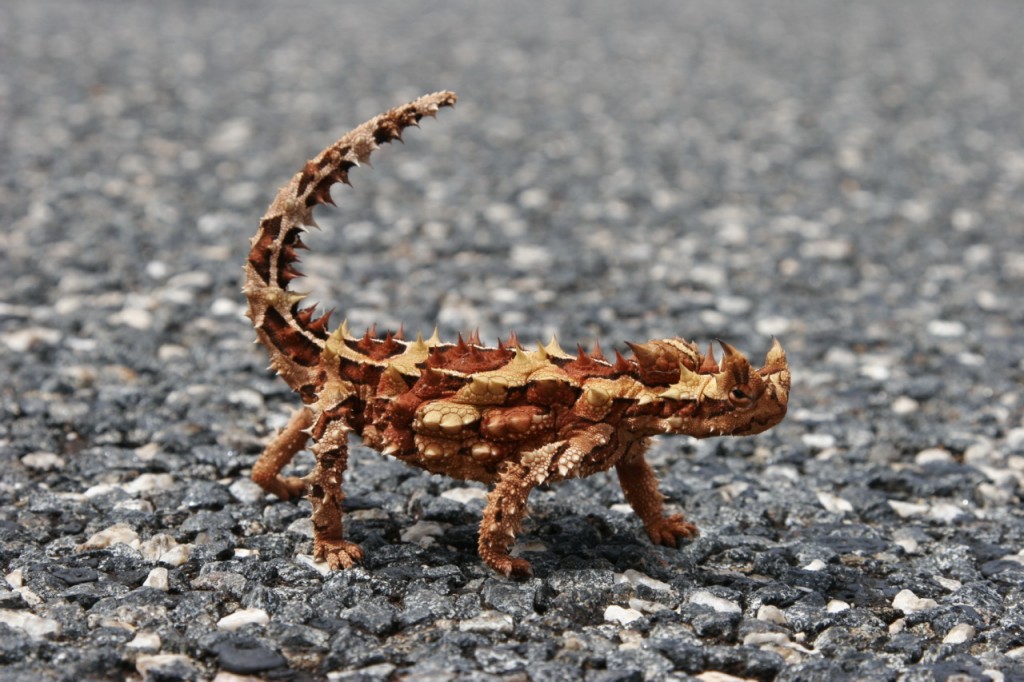 The first part of the devil’s scientific name–Morloch–comes from a Canaanite god who demanded the sacrifice of children. The second part–horridus–means “horrible or causing horror.” Apparently John Gray, the zoologist who named the lizard, wasn’t a fan. 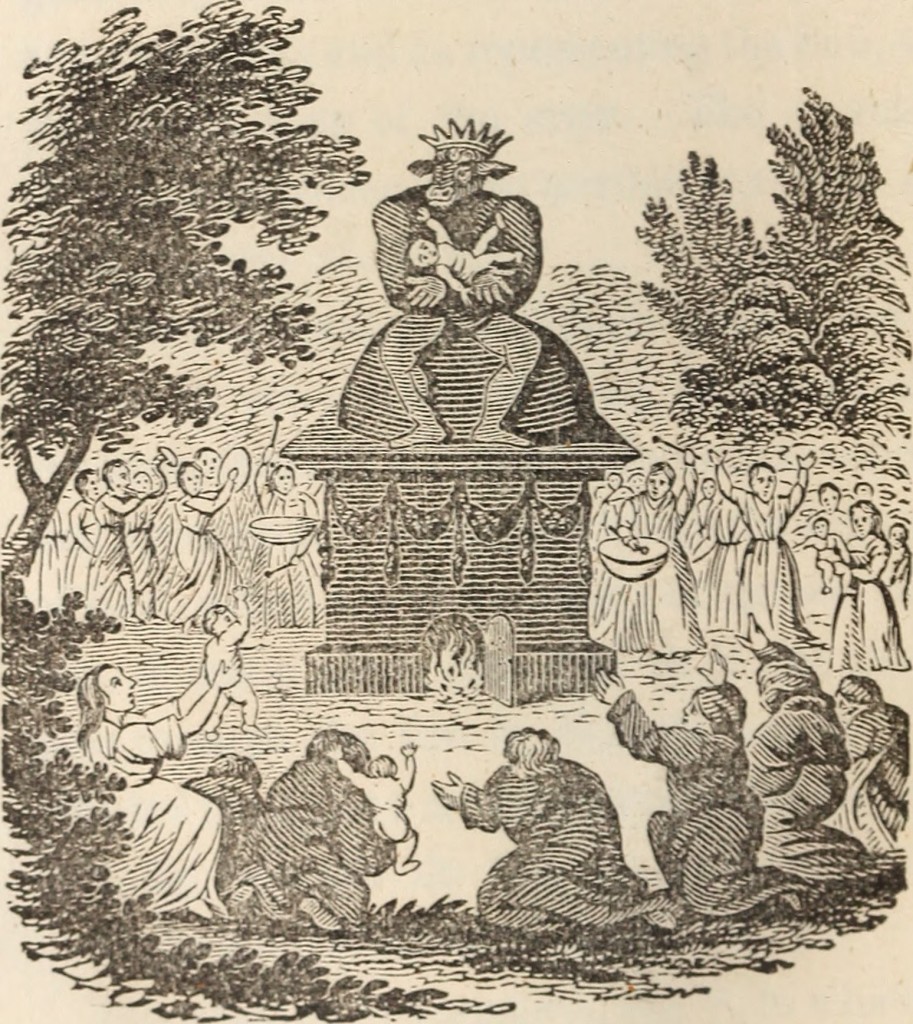 The thorny devil lives in the arid inland deserts of Australia which average less than 10 inches of rain for the entire year. To make the most of any available moisture, the lizard has evolved a network of grooves in its skin that channel water towards the corners of its mouth. These grooves are so narrow that the water is pulled along solely by capillary action, allowing the devil to harvest water from even the scantest morning dew. 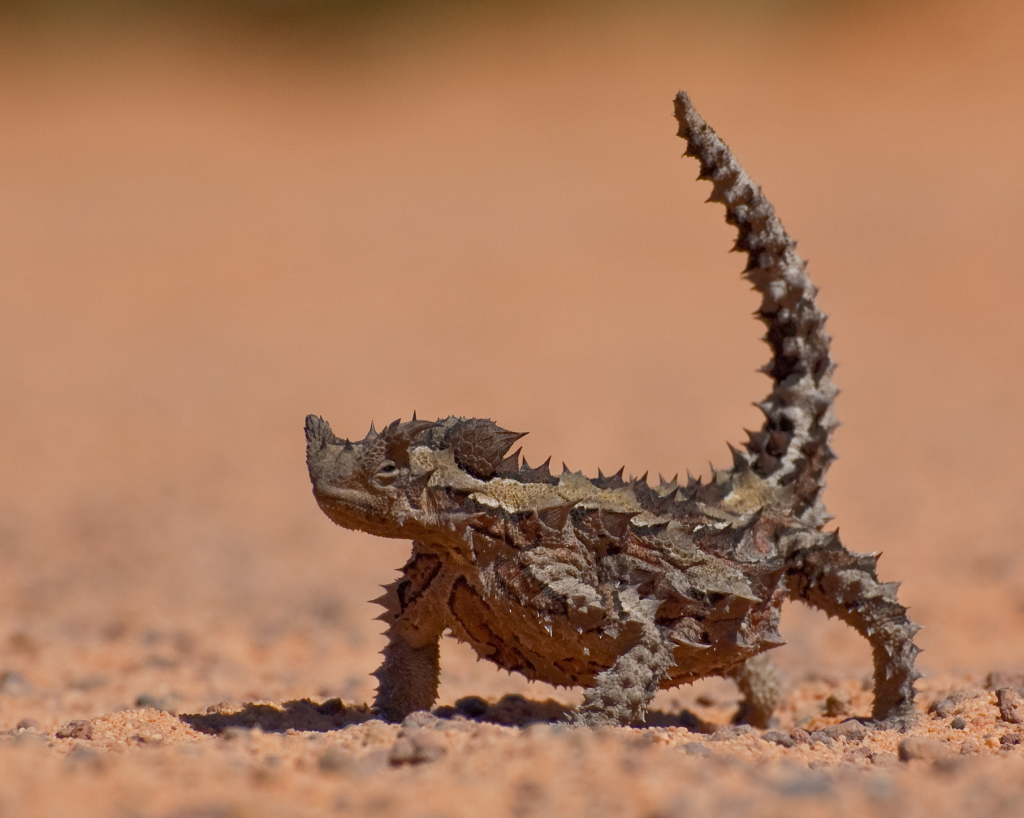 The curious knob on the thorny devil’s neck is actually a “false head” meant to deceive predators. When a devil feels threatened it will curl its real head between its front legs, leaving the false one exposed to attack. 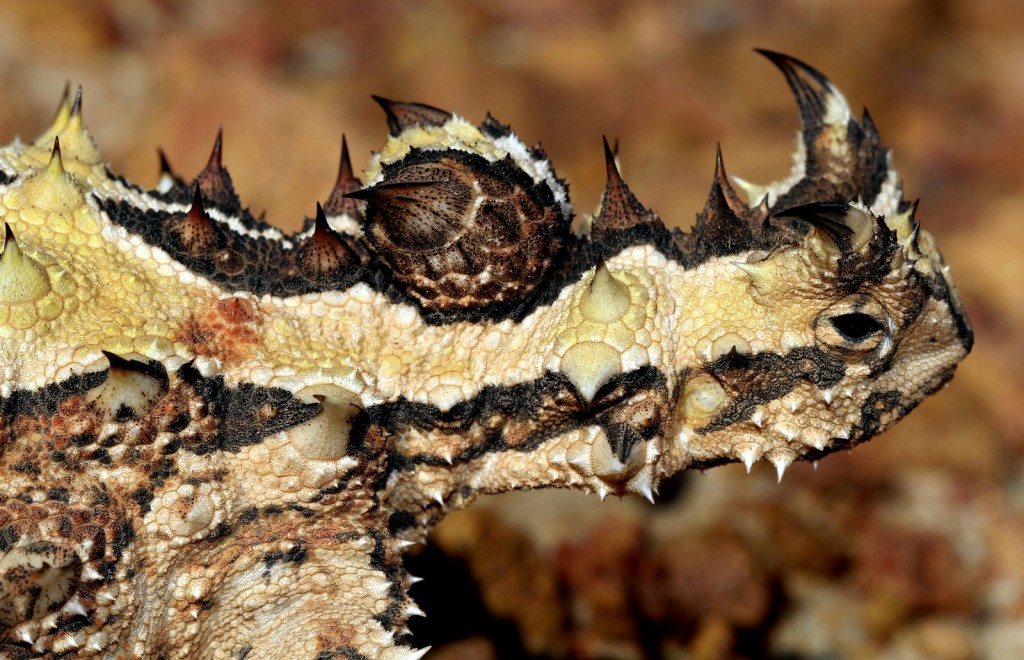 The thorny devil specializes in eating ants, particularly ants of the genus Iridomyrmex–commonly known as “meat ants”. However, because ants aren’t particularly nutritious scientists estimate devils eat anywhere from 600 to 2500 per meal. Undigested ant bits, pieces of hard exoskeleton, give the lizard’s fecal pellets their distinctive black and glossy look. 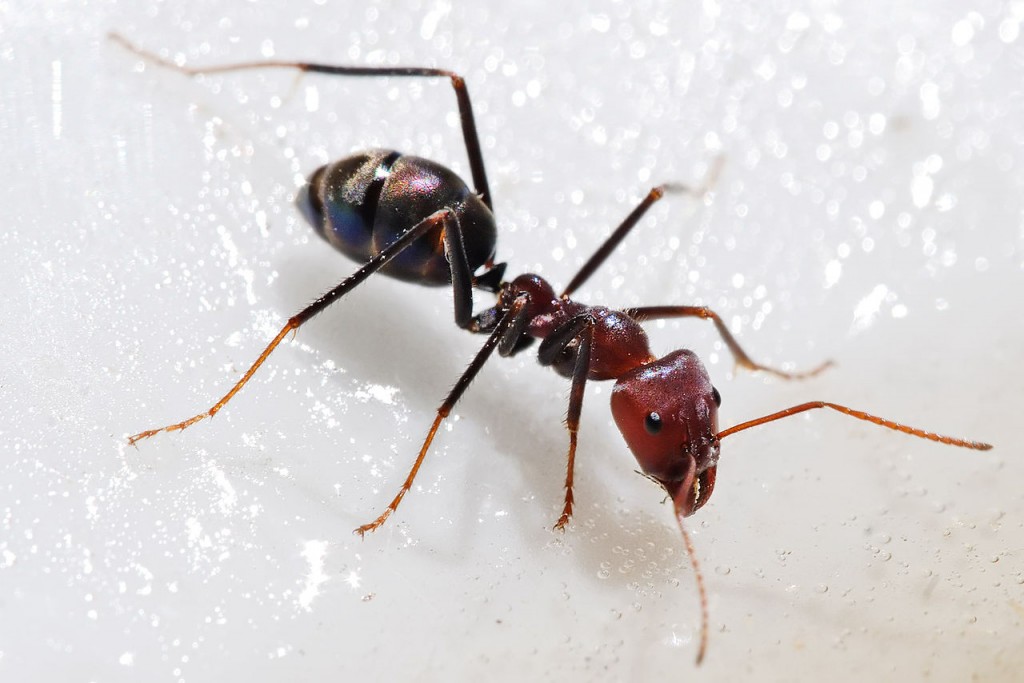 You might have noticed that thorny devils bare some resemblance to the horned lizards found in the U.S and Mexico. Like the thorny devil, horned lizards are slow-moving ant eaters. However, the species are only distantly related. Their outward similarity is due to convergent evolution–the tendency for species to develop similar characteristics when they occupy the same ecological niche. The “horns” of the horned lizard are composed of bone, while the thorny devil’s spikes are made of keratin, the same material found in hair and fingernails. 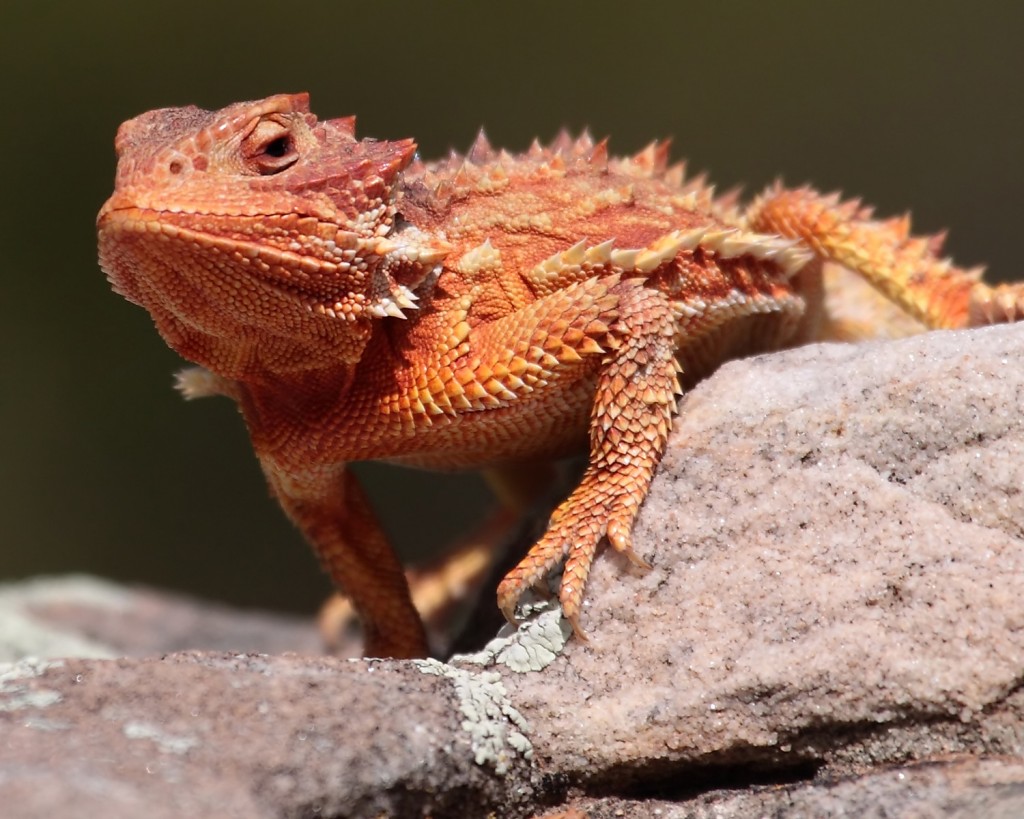 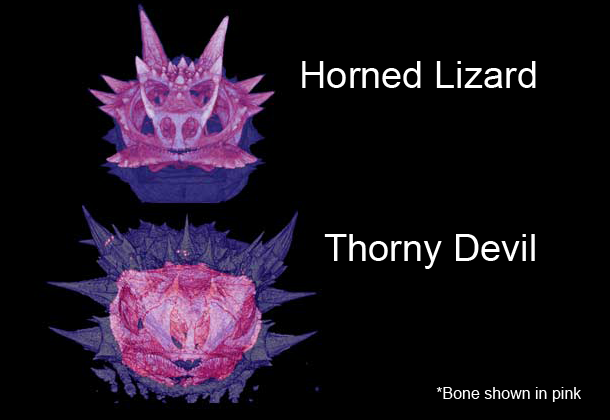