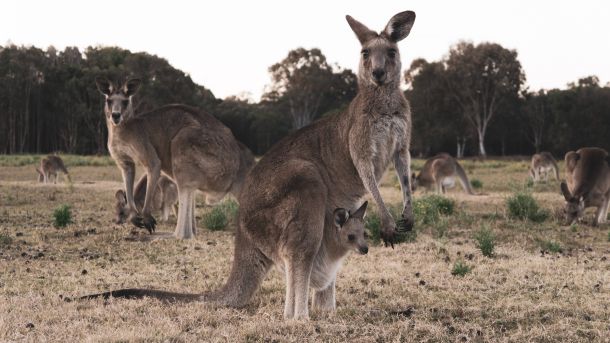 Kangaroo: a marsupial from the family Macropodidae.

Kangaroos belong to the Macropodidae family, which means ‘big foot’ in Latin. This is in reference to the species’ unusually large hind feet. The species known as kangaroos are the largest animals in the Macropus genus. 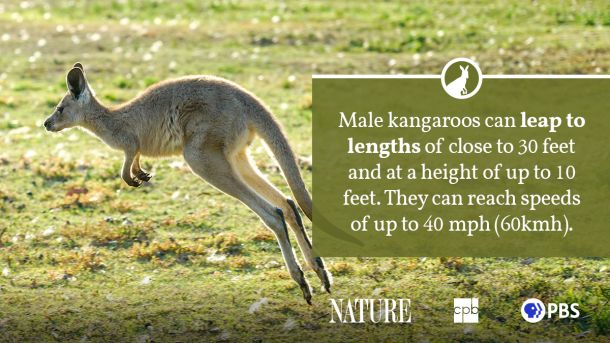 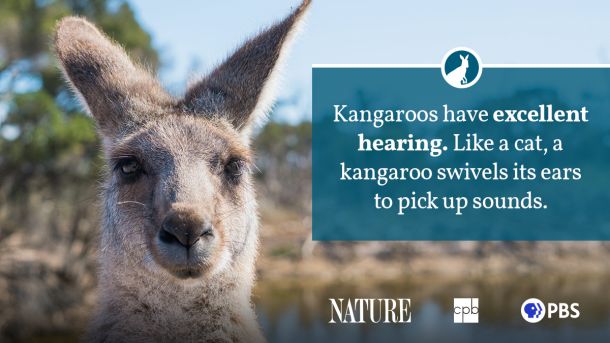 The kangaroo has powerful hind legs and large feet, and a large muscular tail to keep it balanced while in motion. Kangaroos are the only large animal to use hopping as its primary means of locomotion. A male kangaroo can leap to lengths of close to 30 feet and at a height of up to 10 feet. It can reach speeds of up to 40 mph. 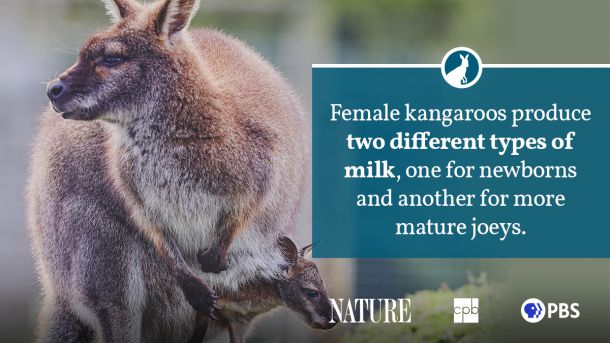 Kangaroos are herbivores that eat a wide range of plants. Their diets vary depending on species. The animal has a chambered stomach, similar to that of cows, to help with the digestion process. Kangaroos also have highly specialized teeth. Its incisors are able to cut grass and shrubs extremely close to the ground and its molars are designed to grind down the vegetation. Its molars fall out regularly due to the wear and tear that comes with its diet and are replaced with new teeth.

The species has an unusual eating practice. The kangaroo regurgitates grass and shrubs that it has already eaten and chews it once more before swallowing it for final digestion. A kangaroo can survive for long periods without drinking water, as it is hydrated by the moisture in the vegetation it consumes. 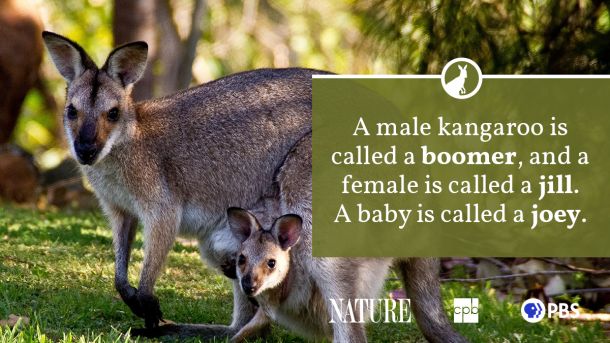 The kangaroo is endemic to Australia. The species is also found in Tasmania and nearby islands. Other marsupials can be found in some parts of Asia and the Americas, though the continent of Australia has by far the most, both in terms of species and population numbers.

Woods and bushland, as well as grassland, savannas, forests, and scrubland. The species is highly adaptable and can live successfully in a wide range of habitats. 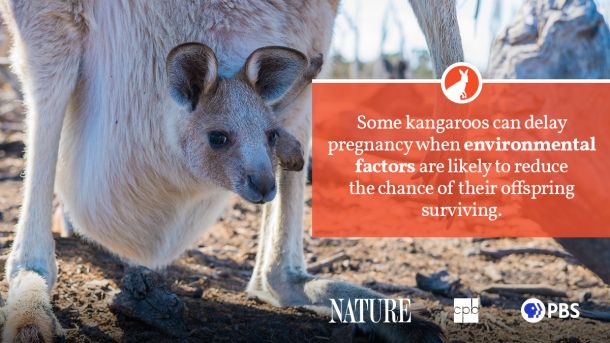 The species often live in large groups known as mobs. These mobs can range in numbers anywhere from small groups to more than a hundred kangaroos. The kangaroo is a highly social species, and often engages in nose touching or sniffing to build cohesion within the group.

Boxing between males in the group is used to establish dominance. The dominant male leads the mob and has exclusive access to the females for mating.

A baby kangaroo is born only after about a month-long gestation period. Like all marsupials, the female kangaroo has a pouch, called a marsupium. Immediately after birth, the newborn—which is born hairless, blind, and under an inch in length—crawls into the pouch where it nurses and continues to develop. The joey, or baby kangaroo, remains in the pouch from anywhere between 120 and 400 days, depending on species.

Even after leaving the pouch, it continues to feed off the mother for approximately a year and a half. Females produce two different types of milk, one for newborns and another for more mature joeys. During periods of drought, a female kangaroo loses the ability to conceive. As necessary resources are again available to the population, a female regains the ability to have offspring. In good conditions, a female gives birth annually. 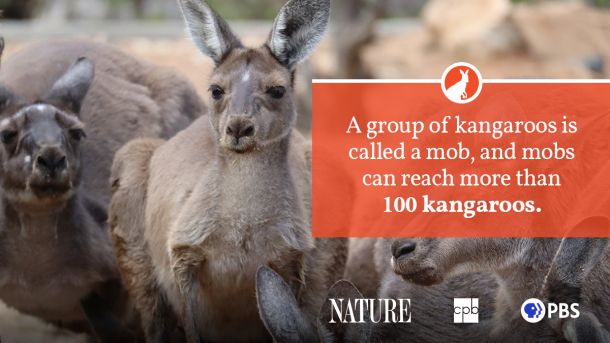 Kangaroos face few natural predators, aside from humans and wild dogs called dingoes. Heat, drought, and hunger due to vanishing habitat are among the largest threats to kangaroos.

The IUCN classifies each species of kangaroo of “Least Concern.” However, habitat loss and human activities have led to a decrease in population size of several species. 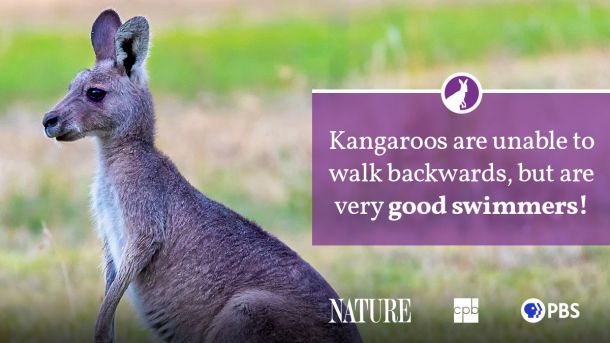 Bush Heritage Australia has kangaroos on most of their reserves and partnership properties. They help kangaroos by reducing competition, such as by removing stock and controlling feral herbivores. They also control feral predators. On many of their properties, they remove artificial watering points to return the landscape, including kangaroo numbers, to a more natural level.