In honor of International Tiger Day, July 29th, we’re featuring a short film entitled, “Tigers: Clawing Back” which focuses on a group of filmmakers and conservationists attempting to answer the question: what does the future hold for one of the largest cats on earth? NATURE caught up with the featured conservationists in the film about the work they have done to help with the Siberian tiger population throughout the years, and where they see things going forward. 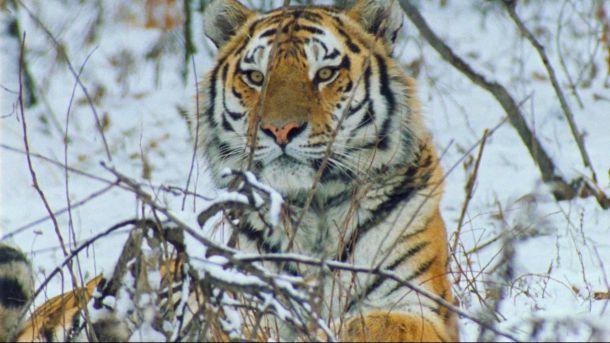 Q: The film takes us back to the 90s, when Siberian tigers were in dire need of your conservation efforts. Can you describe a bit more what the situation was back then? How did you get involved?

Our entire project evolved out of a chance meeting between Howard Quigley (now with Panthera) and a Russian delegation of scientists. Around a campfire in the backcountry of Idaho, they dreamed of a project melding US technology (radio-collars, capture techniques) with the field savvy of Russian biologists.

Howard and I were friends from graduate school, and as plans solidified, he asked me if I would commit three years of my life to trying to start a tiger project in Russia.  I’d traveled quite a bit, but Russia was never on my list of places to see.  Nonetheless, the opportunity to work with tigers again (I was on a tiger project in Nepal some ten years earlier) was too good to pass up.  I figured I could stand anything for three years. Some 28 years later, I’m still here!

It took three years of planning, but the project was ready to start up in early winter 1992. However, in 1991 there was an attempted coup to remove President Gorbachev, and then the entire Soviet Union collapsed.  We were sure the project was done, but when we talked to our colleagues back in Moscow, then said “Come on out. Everything will be fine.”  So we did.

Everything was not “fine.” The economy was in freefall, inflation skyrocketing, stores were empty, and the government was in chaos.  But we got our project up in running.  Arriving on January 7, 1992, we were lucky enough to capture and radio-collar our first tiger a month later.

That first year was one of the most difficult times in my life.  Many believed that it would be impossible to capture and radio-collar enough Siberian tigers to learn anything worthwhile.  Yet, despite a myriad of problems, our small, dedicated team of Russian and American biologists made the project a success.  I vividly remember standing on the banks of the Toonsha River in November 1992, after having just radio-collared three tigers in one day (making a total of 6 for the year), and saying to myself, “Finally, we have project.” The sense of accomplishment – and relief – was overwhelming.

I got involved because I successfully applied for a job as Director of the Siberian Tiger Project. I arrived in March of 1995. Things there were tough in the late ‘90s. Shelves in the stores were mostly bare and I remember living for days in the field on bread, cheese and a cured summer sausage that were generally the only things readily available in the stores. People in Terney depended on their gardens, the surrounding forest, and the sea to meet their basic nutritional needs and they put up great quantities of potatoes, cabbage, pickles, and berries to get through the long winters in the Russian Far East. Most houses in town did not have running water and electricity was often only available for a few hours a day, and sometimes was turned off for days. This meant freezing food like meat and fish was not a dependable option.

This put pressure on tigers because people were over-hunting local deer and wild boar – the tigers’ main prey – and killing tigers so they could sell their skins and bones on the black market. At the same time, Russia’s borders had opened and black market trade routes were being established with China and Japan for tiger and other wildlife parts. Most of the tigers we studied died at the hands of poachers.

Q: What have been the most effective methods in bringing up the population numbers through the years? Any standout stories or memories? 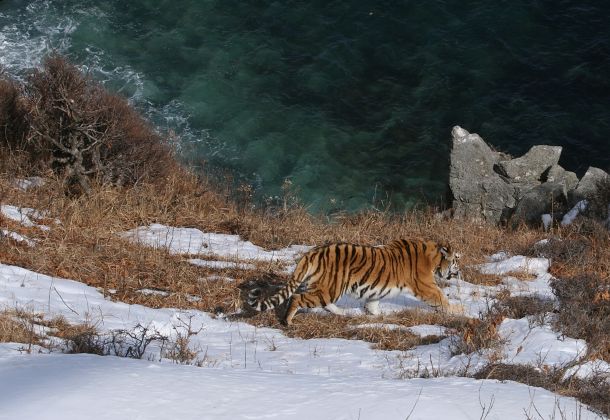 DM: During the Soviet years, Russia’s borders were closed, and there was no market for tiger parts, so few tigers were killed by local hunters.  All that changed with the collapse of the Soviet Union – borders were open, people were suddenly poor (due to rampant inflation), and enforcement of laws protecting wildlife in the forests was pretty much non-existent. People realized there was a demand for tiger parts in nearby China, and were flooding the forests looking for tigers or anything else they could sell.  Poaching of tigers soared.

Tiger numbers were dropping dramatically during the mid-nineties due to this uncontrolled poaching. One of the most important steps taken at that time was the creation of “Operation Tiger” – which consisted of a set of field patrol teams led by an impressive Cossack, Vladimir Shetinin.  The Tiger Teams became well-known and feared in the forests, seemingly being everywhere. They caught many poachers and scared many would-be poachers into thinking twice.  This was a great example of the value of international cooperation: monies came from international conservation organizations, funneled to a specially formed tactical government entity. Together, they turned the tide on poaching.

Tigers also took their retribution – in the mid-nineties there was a surge in numbers of people killed by tigers, who wounded by a gun-shot, would circle back and attack their would-be killers.  I vividly remember investigating such a case. Tracks in the snow revealed how the poacher approached a tiger on a kill (likely attracted by ravens and other scavengers).  With dogs, the hunter was able to stall the tiger’s escape and shoot it, but the tiger immediately turned and attacked the hunter.  The hunter later told me how he laid there, helpless, while the tiger bit him, then lay down panting beside him, obviously hurting from the bullet wound, and then jumping on him again. The return of his dogs pushed the tiger off, saving his life. The hunter stumbled out onto a forest road, and was picked up several hours later by a logger who told me “initially I didn’t understand why someone would go into the forest with a red and white camouflage outfit – and then I realized it was blood.” The hunter survived, but lost all but two fingers to frostbite and tiger bites.   The local conservation magazine, “Zov Taiga” (Call of the Wild) ran ad campaigns with the slogan; “Warning: hunting tigers can be dangerous to your health.”  That hunter didn’t heed the warning. 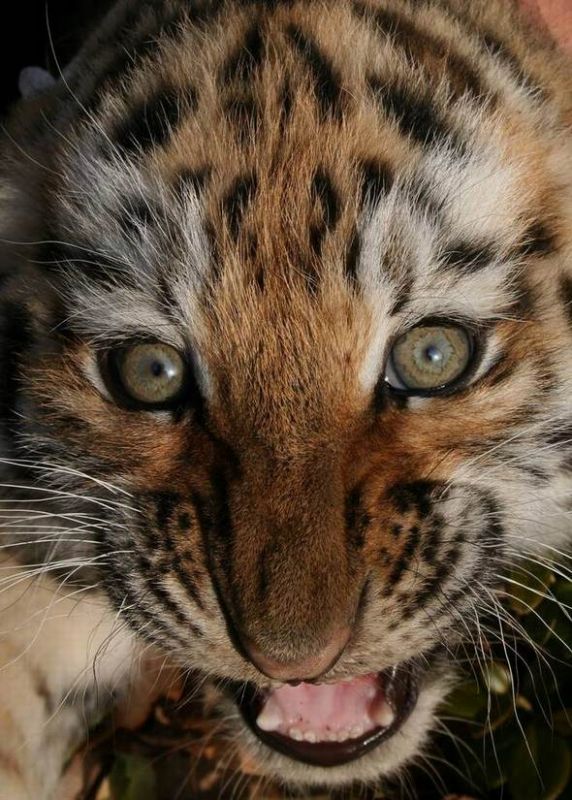 JG: Clamping down on poaching and trade of tigers and their prey, through patrols and investigations targeting local poachers and traders, and border controls has played a key role. At the same time, improving economic conditions and stabilization of the new government since the turn of the century also played important roles. People became less dependent on forests to meet their basic needs at the same time that natural resource management agencies were becoming more effective.

Plus, Russia greatly increased the area of tiger habitat under protection and began to implement measures to mitigate the negative impacts of some development, such as diverting a road through a long tunnel to reduce habitat fragmentation. And, President Putin, who plays an active role in tiger conservation sends a very strong message to the public and has helped to build national pride in Amur tigers.

Q: What do you hope the tiger program and the tiger population will look like 10 years from now? 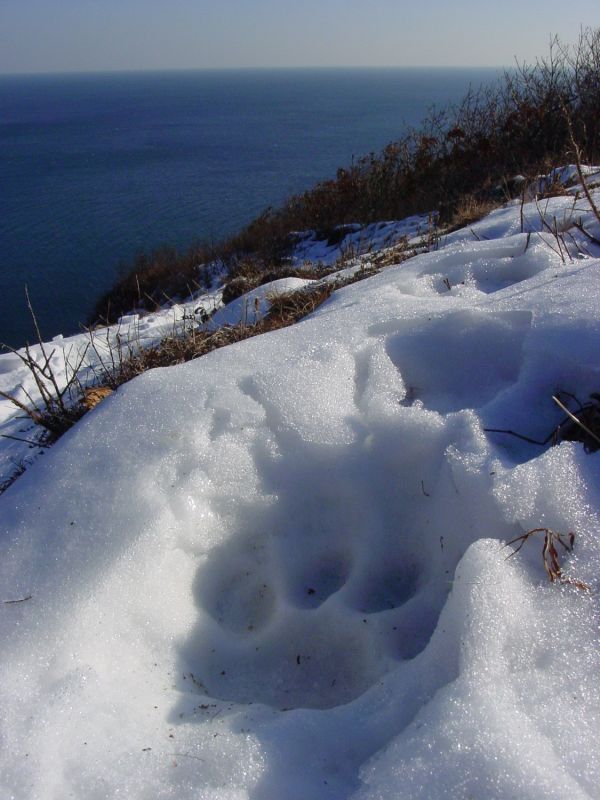 Wild Siberian (Amur) tiger tracks on the coast of the Sea of Japan in the Russian Far East. Photo courtesy of John Goodrich.

DM: One of the most important developments over the past 20 years has been the emergence of a small but recovering population of tigers in northeast China. Our 1998 international survey (Russian biologists, Chinese, and myself) discovered little evidence of tigers in China, but we saw an opportunity for recovery.  In 2001, the Chinese government declared a sliver of habitat along the Russian border as protected, and then in 2016 created the Northeast China Tiger Leopard National park, which at 15,000 km squared, is the largest tiger reserve in the world.  And tigers are recovering there.  Linking tiger habitat across several landscapes in China to the extensive habitat in Russia would create by far the largest tiger conservation landscape in the world, and with recovery in China, would eventually result in the largest population of tigers in the world. This dream will not likely come true in ten years – probably more like 20 or 30.  But that is my vision for the future of Amur tigers – a single meta-population connected across multiple forested mountain ranges in two countries (and possibly even including North Korea as well at some point!).

JG: I hope that across the tiger’s range in Asia, recovery efforts will continue such that eventually, all existing habitat will be occupied by thriving tiger populations. That vision may be more than 10 years out, but I think it is one we can achieve.

Q: What is the WCS Tiger Program focused on today?

DM: Today, poaching still remains one of our top problems and one of our top priorities.  We work with nearly the entire protected area network in Russia’s tiger range, implementing SMART law enforcement monitoring, which is a system that can dramatically improve law enforcement efforts by gathering information on threats and movements of patrol teams, and adjusting strategic tactics based on the knowledge derived from this system. Outside protected areas, we are teaming with logging enterprises to reduce access to logging roads, which unfortunately provide access to poachers and illegal logging. We are also actively working both in protected areas and in multiple use areas to introduce accurate monitoring systems: using camera trapping techniques, we want to have the best estimates of tiger numbers as possible. And of course, we have an active education program that is focusing more and more on the remote villages in tiger range, as it these people who live with tigers who also hold the fate of tigers in their hands.

Q: What is Panthera’s Tiger Program focused on today?

JG: Across their range, tigers are most threatened by poaching to supply the traditional Chinese medicine market, and for their skins as luxury items. Tigers have disappeared from Laos, Vietnam and Cambodia since the turn of the century and there are, by some estimates, a million square kilometers of vacant tiger habitat in the world; vacant because tigers and their prey have been poached out. So, Panthera’s Tiger Program focuses on locking down protected areas to recover key tiger populations and then ensuring that protected tiger populations are well connected to other tiger populations, thereby creating large, viable metapopulations of tigers across large landscapes. 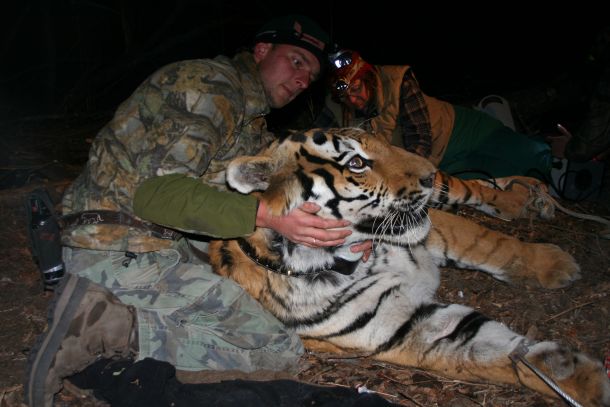 Q:  How can people who want to help get involved?

JG: View Panthera’s efforts to protect tigers at panthera.org, support legislation that protects tigers and fights wildlife trade (also an important step for reducing the chances of future pandemics) and the establishment of funds towards tiger conservation like the US Fish and Wildlife Service’s Rhino-Tiger Conservation Fund.