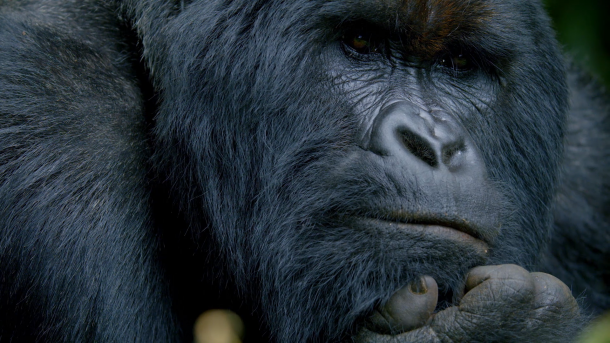 NATURE’s new mini-series “Primates” was filmed across the globe over two years on 28 filming expeditions, from snow-capped mountains to the hottest deserts. The mini-series includes many unique species of primates and captures some never-before-seen behaviors.

Advances in technology allowed the team to film several extremely rare or never-before-seen moments, including one of the first images of the bald uakari and the recently discovered Tapanuli orangutan. In Equatorial Guinea, one team spent more than two months camped on a remote beach to capture the most intimate images ever seen of a drill, one of the world’s least understood primates.

A member of the team, filmmaker Gavin Boyland, answered NATURE’s questions about the creation of the mini-series.

What were some of the most surprising things you discovered while filming? Any primate behaviors that you witnessed go against what you had previously believed?

During the making of Primates, we were determined to find opportunities to capture new behaviors, but sometimes things don’t always work out as you expect. In Madagascar, we mounted an expedition to film the rare and illusive blue-eyed black lemurs. We went with the intention of filming a very particular behavior, but the rains were late, and that behavior just didn’t happen. Luckily, the director, who happened to have been a lemur researcher before working for the BBC, had a very keen eye. She spotted the black lemurs doing something completely unique and fascinating. It turns out we captured a brand-new behavior, that even the scientists hadn’t seen before. After the filming was completed, we worked with the scientists to publish this new observation in a peer-reviewed journal. What were the lemurs doing I hear you ask, you’ll have to tune it to find out! (You can watch this behavior HERE on NATURE!)

It seems like you all had to deal with a lot of rain! What else made filming challenging, particularly for those sequences where you captured extremely rare footage?

Yes, it did rain, it rained a lot, that’s one of the problems with rainforests. But the biggest single challenge of the entire series is that primates are essentially arboreal, meaning they live in trees. This gave us a creative challenge from the outset, how could we capture images of primates up in the canopy, on their level and in their world. Before we started filming, we developed new technologies which enabled us to do this. We used fixed cameras rigged in the trees, rope access specialists, drone operators and cameras on very long poles. Inevitably we still had to do a lot of filming from the ground, staring up into the trees for hours on end. As you can imagine, by the end of all the filming there were a lot of stiff necks on the team.

What are the overarching threats to primates and how can people help?

Probably the biggest single threat to all primates is habitat loss. On the whole, these are animals that depend on primary, pristine forest and when that is lost, they have nowhere else to go. There are lots of things we can all do that helps primates. In general, reducing our impact on the planet is really great for all wildlife. If we use any products from rainforest you can ensure they are sourced from ethical, sustainable forests. One thing I think we would really encourage people to do is go and visit primates in the wild. There are lots of really amazing eco-projects which are protecting primates and benefiting local communities. If people can make a living from tourism that revolves around primates, that makes them valuable and ultimately protected.

I actually studied primates before getting into TV, I did a masters course on primate behavior and then worked for a year studying lemurs in Madagascar, so primates have always fascinated me, to have a favorite would be like having your favorite child. If I was forced, I’d need to go for two very two different species, at two different ends of the primate spectrum. Firstly, I love ring-tailed lemurs, they are adorable animals, but they’re not the smartest primate. In fact, it’s probably fair to say they’re a little bit dim. However, they’re very endearing animals and I love the way their group dynamics work.

On the other side of the spectrum is my favorite primate, probably my favorite animal, the mountain gorilla. They’re just such magnificent, beautiful and captivating animals. I’ve been lucky enough to film mountain gorillas twice, once in Rwanda, and for this series, in the Democratic Republic of Congo. Spending time amongst a gorilla family is one of the most magical experiences of my life. 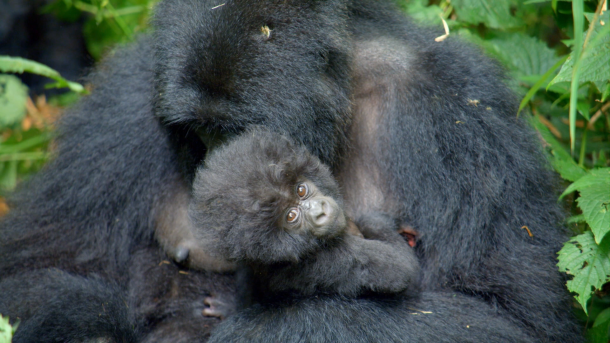 Mountain Gorilla (Gorilla beringei beringei), Democratic Republic of the Congo. Gorillas are highly social, living in groups of around 10 individuals on average.

Is there a species of primate that you weren’t able to film during this series but would like to in the future?

There are over 400 different species of primates, it’s a big family, so there was always going to be countless members of the family that we were unable to film. There was one species we were desperate to include in the series, but just couldn’t make it happen. The Patas monkey was the one that got away. Living in wide-open savannahs of Central and West Africa, they are an incredibly hard animal to find, never mind film. We looked into a few different locations, but couldn’t find any places where we’d be guaranteed to get close enough. The trouble with Patas monkeys is that they are the fastest primate on four legs. They run – And run quickly. Everywhere we tried it turned out what most people knew about Patas monkeys was them disappearing, quickly, into the long grass.