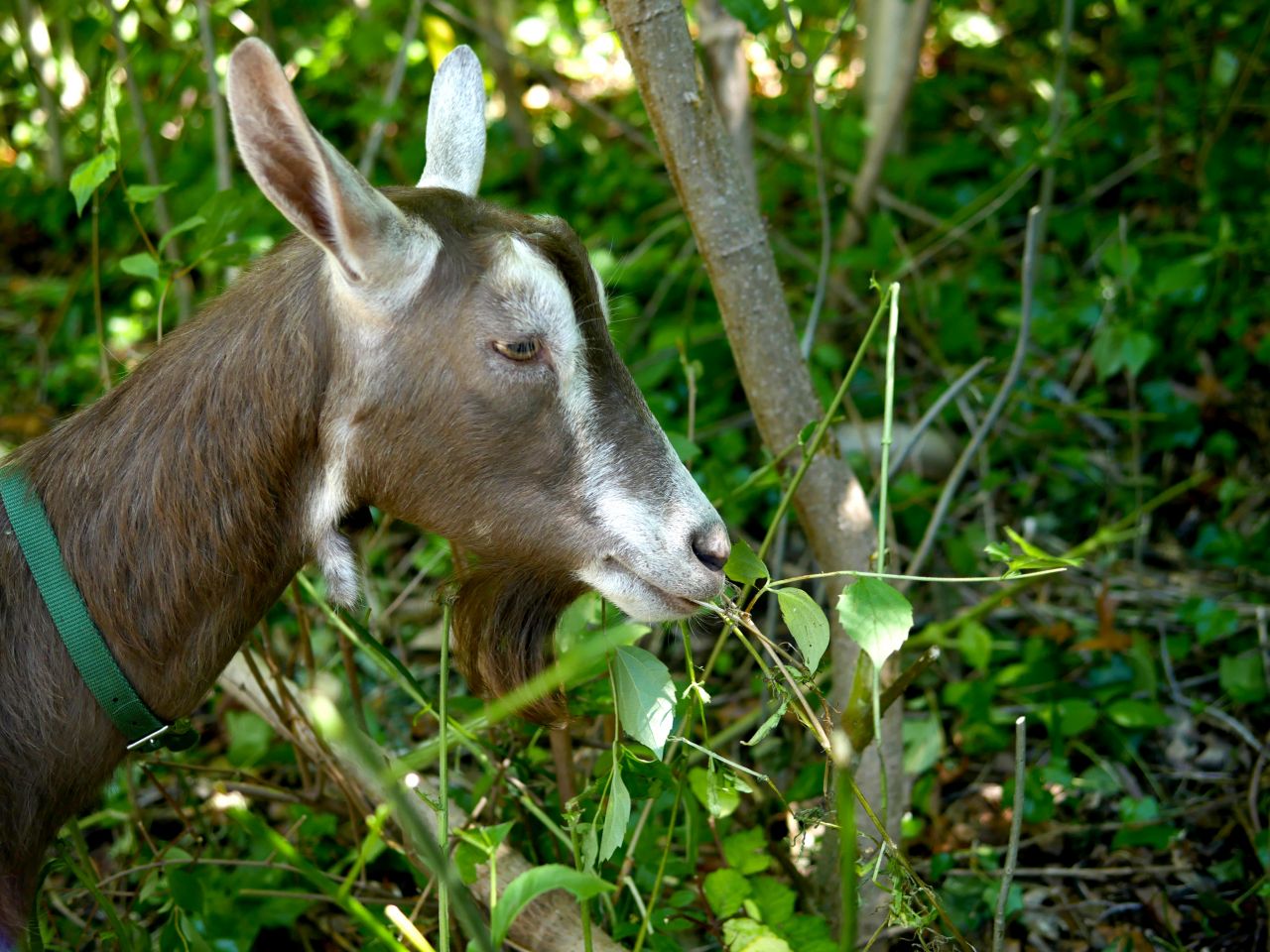 That’s where goats come in. Making their debut in mid-May, a herd of eight goats has been tasked with scarfing up the weeds from a mysterious-sounding section of the park known as the “Vale of Cashmere.” The Vale is a hilly area in the northeast corner of the park, filled with stands of mature trees and an overgrown Victorian Garden at its center. 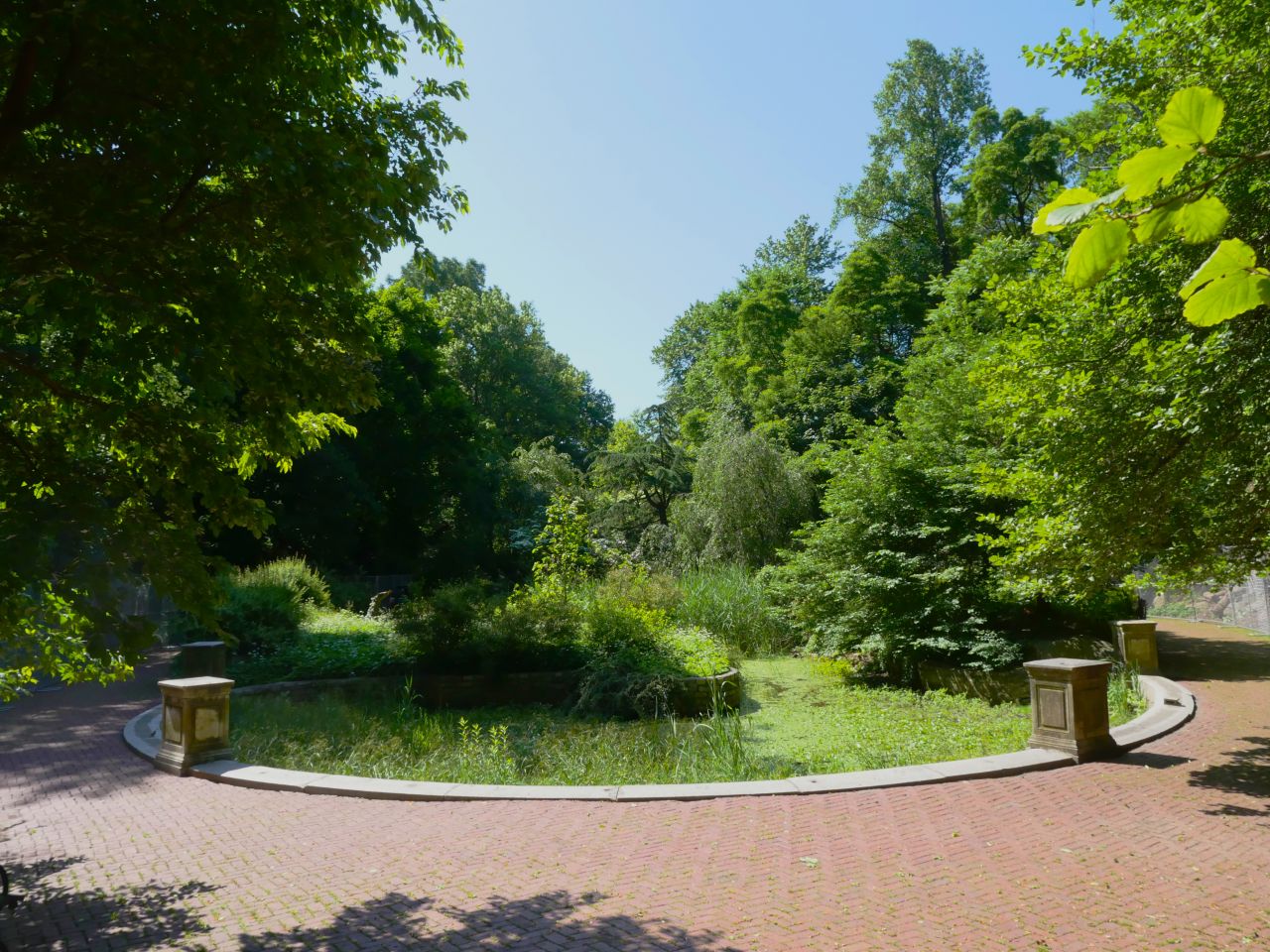 An overgrown pond in the “Vale of Cashmere”. | Credit: Eric R. Olson/NATURE

The weeds don’t stand a chance. Goats are prolific browsers, eating up to 25 percent of their body weight in leaves and bark per day. Using their sharp incisors they’ll strip a plant down to its roots, robbing it of the leaves needed to make food from sunlight. The goats do this over and over again until the plant has no energy to regrow. “Once their work is complete, we will then plant new native trees and shrubs, including red and white oaks, spicebush and service berry, which will help bring back important habitat for birds and other wildlife,” said Christian Zimmerman, Prospect Park Alliance Vice President of Capital and Landscape Management, in a press release.

According to Eco-Goat, a rental company in Maryland, goats are an ecologically-friendly and cheap option for weed removal. Using machines to uproot weeds disturbs the soil, potentially causing erosion and inviting more weeds to take root. Chemical herbicides can harm native wildlife and contaminate groundwater. Hiring people to pull weeds by hand can prove costly. 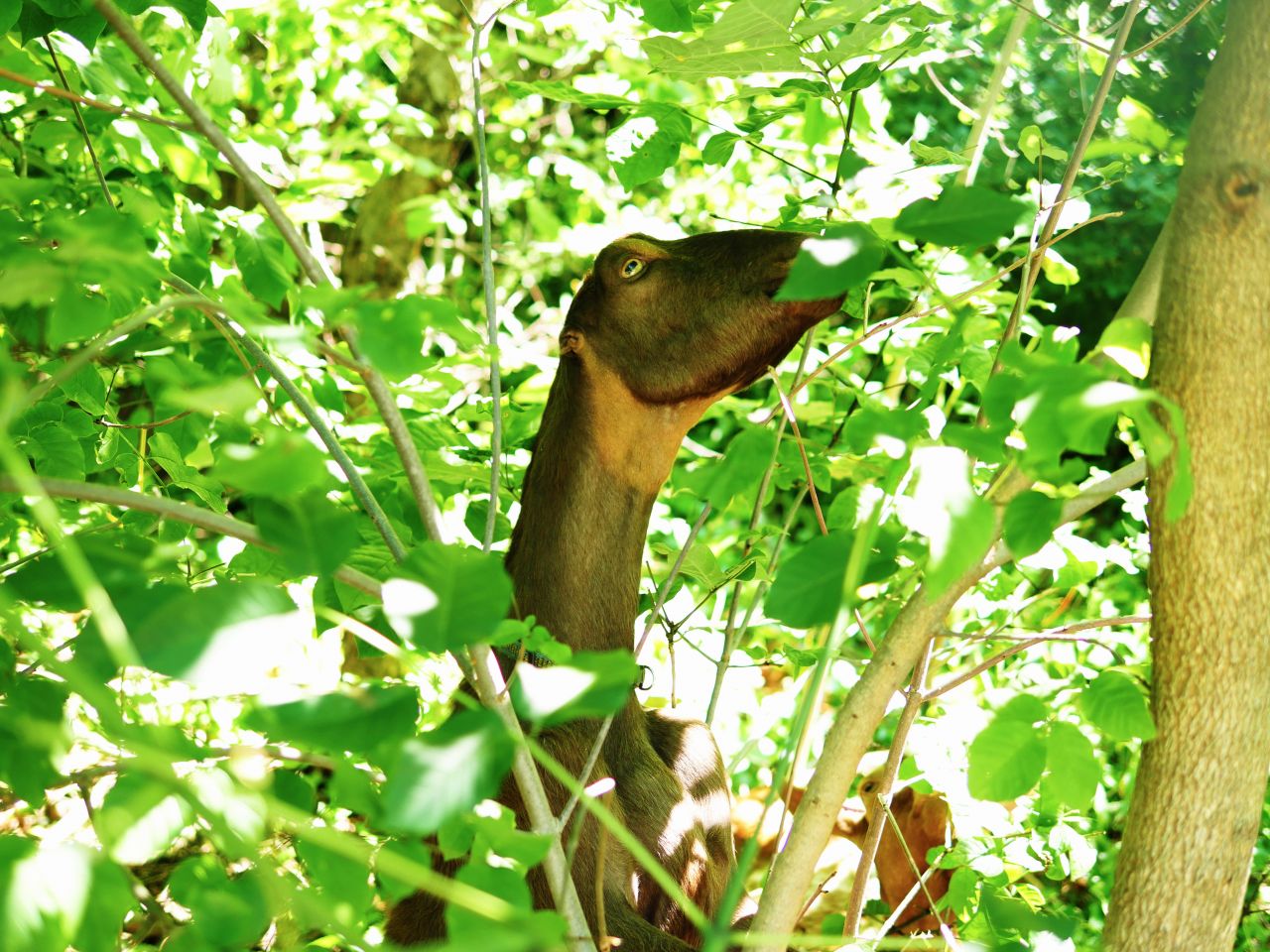 Large goats can reach up more than 8 feet when standing on their back legs. | Credit: Eric R. Olson/NATURE

Which raises an interesting question: aside from the all-you-can-eat buffet, how much are these goats–and their owners–getting paid per hour? The park laid out $15,000 to rent the goats for the summer season. Assuming they’re eating 19 hours each day (goats only need about 5 hours of sleep) that works out to a little over $1 an hour. It’d be difficult to find human employees that would work for that rate, even if their job was eating all day.

Find out more about the goats’ background in this video from BRIC, a Brooklyn arts organization: