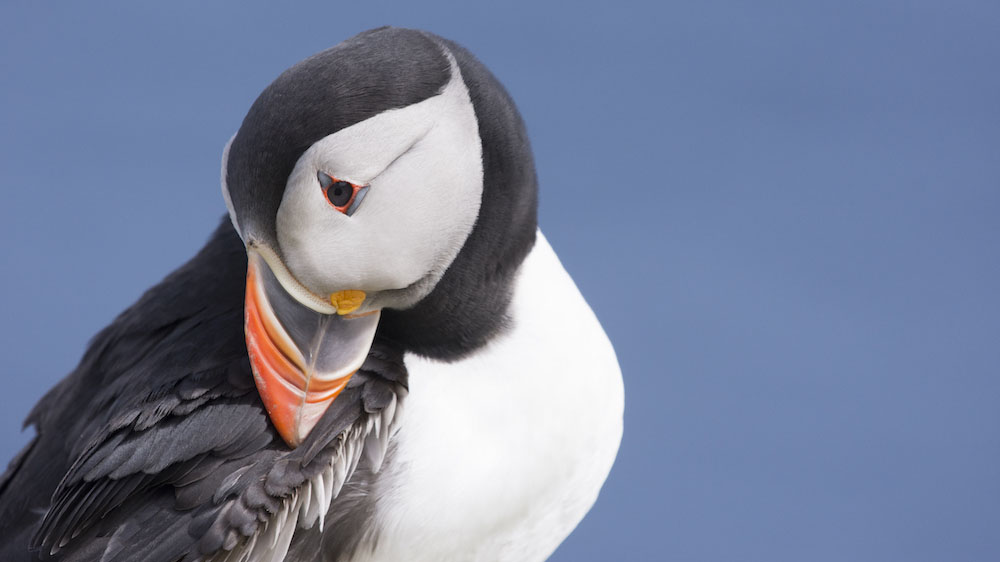 From Wild Way of the Vikings – A puffin preening its feathers at a seabird colony. Shetland. Credit: Fergus Gill / © Maramedia

February is a month for love, so it felt only fitting to fill the month with Nature programs that will pull on your heartstrings and renew your passion for the natural world. Watch by tuning in on PBS or streaming online beginning the day after each program airs.


Discover the white wolf, one of the most hardened predators on the planet, in Ellesmere Island’s unforgiving ice and snow. In a fight for survival, these roaming hunters must travel far from the den to feed their cubs, putting them at risk.

February 13 – Wild Way of the Vikings


Experience the natural world through the eyes of the Vikings. From the killer whales of the North Sea to the volcanic mounts of Iceland, see the deep history and cultural respect the Vikings had with the land and sea. Ewan McGregor narrates.


Uncover the variety of activity, both human and natural, that occurs on the slopes of active volcanoes. Take a terrifying descent into the crater of one of the world’s most dangerous volcanoes alive today. James Naughton narrates.


Yosemite Valley is a land forged in wildfire and sculpted by water; the delicate balance of these two elements is essential to the creatures and trees that call this land home. But with climates changing and temperatures rising, the Sierras are under siege. Scientists, experts and adventurers head into Yosemite to see how these global changes are affecting one of America’s greatest wildernesses.

Remember to tune in on Wednesdays at 8|7c on PBS (check local listings) or stream episodes right here on the NATURE website beginning the following day. Happy February Viewing!