When someone shot the last wolf in Yellowstone National Park in 1926, they probably gave no thought to the effect that action might have on trees. But the absence of apex predators –those animals at the top of the food chain, such as lions, sharks and wolves – causes changes that cascade throughout an ecosystem, in this case, right down to its plants. 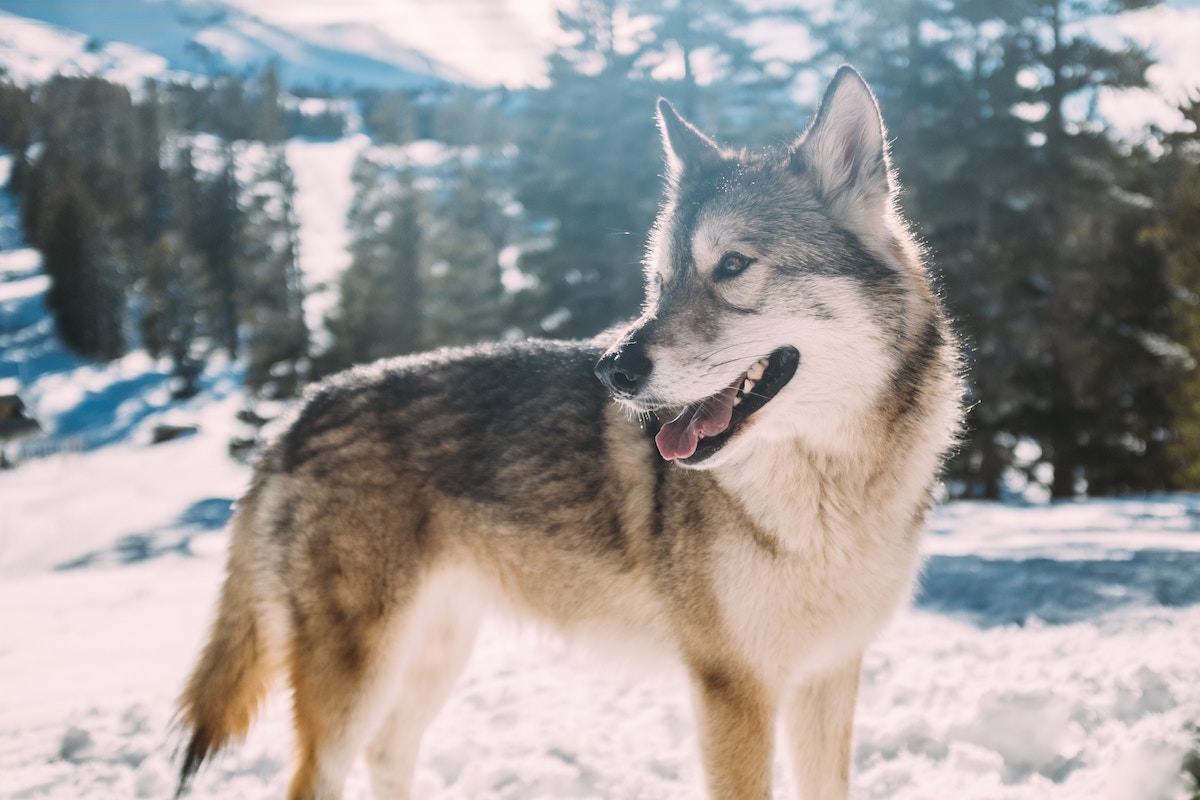 In the case of Yellowstone, without wolves, the population of elk ballooned, especially in the northern range. More importantly, without their natural predator around, the animals stopped acting the way elk normally do; rather than forming small, vigilant groups and foraging in less-open areas, they lounged around in the open in groups of several hundred, eating pretty much non-stop. These chill elk constantly chomped off the tops of willow trees, which as a result seldom topped heights of about 1.5 feet. Growth of new aspen and cottonwood trees almost completely disappeared. Tree roots help hold together the banks of streams, and those in the northern range began to erode, resulting in widening in some cases and deep channels in others. These changes in turn affected soil and subsurface moisture and the composition of surrounding plant and animal communities.

In the two decades following wolf reintroduction, 22 published studies found an increase in number and size of woody plant species along northern range streams. A recent study confirms that the return of wolves and other large carnivores deserves credit for the improved health of aquatic and riparian, or shore, ecosystems in the area.

For the study, scientists compared vegetation and stream conditions in the same locations along Blacktail Deer Creek in 2004 and again in 2017, said lead author Robert Beschta of Oregon State University. Many willows along the creek had grown at least 6.5 feet tall and tree canopy cover over the stream, essentially absent in 1995, had increased to 43 and 93 percent along its west and east forks, respectively.

“Re-introduction of wolves really began to change elk behavior and numbers and then we saw improvement in vegetation, more continuously vegetated stream banks, and development of a small floodplain,” said Beschta. “That’s how you would expect recovery to occur through time.”

Beschta pointed out that a number of studies showed changes in elk behavior immediately after wolves returned, but going from those observations to the changes the study saw in plant communities is not without controversy. “When we measure plants, we see changes in riparian systems and not in upland systems, so we inferred that was due to behavioral change. Elk numbers had not decreased a lot, so again we inferred it was behavior. We weren’t measuring changes in elk, though. That’s not what our study was about, so there is a question mark.”

“But,” he added “I firmly think the changes in plant community and stream channels involve both alteration of behavior of elk and a long-term decrease of the population.” Factors other than wolves played significant roles in that long-term decrease, including climate change, other predators, and disease.

Yellowstone National Park’s 2.2 million acres, while large, represent only a tiny fraction of public land in the west. And while plant communities have also improved in other parks where wolves returned, such as Banff and Jasper National Parks in Canada, on most public land, these large carnivores are virtually unprotected (and often absent). In addition, the effects of long-term climate change could make sustained recovery an uphill battle. “Warmer temperatures, less precipitation, and less snow are long-term trends we’ll be dealing with,” Beschta said.

Still, wolves have contributed to recovery of the creek’s plant communities and stream channels. From that perspective at least, having these apex predators around looks like a howling success.