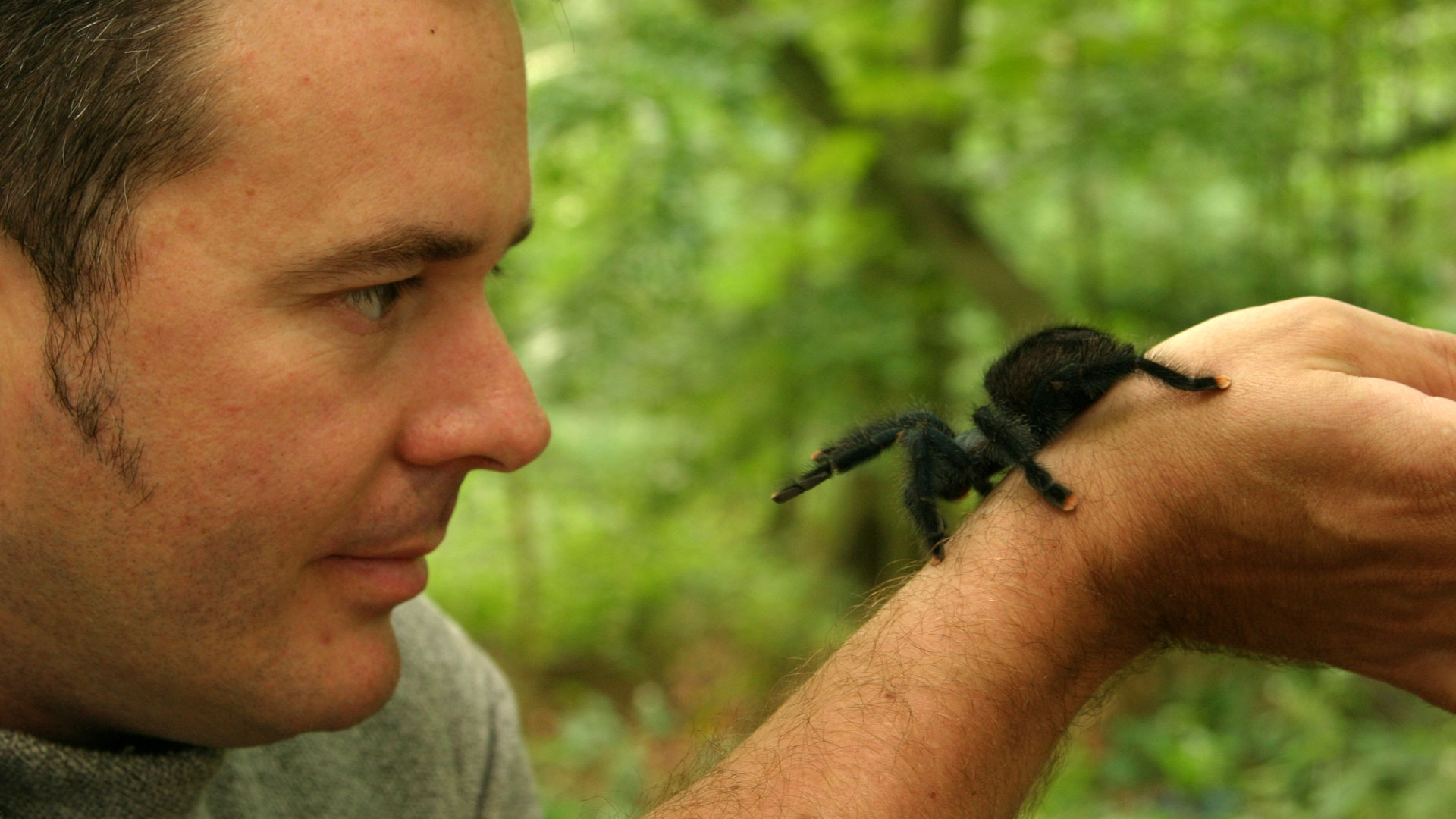 In NATURE’s Deep Jungle: Monsters of the Forest, spider expert Martin Nicholas travels to South America’s Amazon in search of a spider known as the chicken-eating spider. He heard from a friend about a giant spider that can kill a hen, and he wants to see if these tall tales are true. With the help of a tiny “spider cam” that can see down spider holes, Nicholas comes face-to-face with a huge spider (possibly new to science) that is nearly a foot across and could easily eat a chicken. NATURE spoke with Nicholas at his home in Great Britain.

How did you get involved in spider hunting?

Martin Nicholas: I’ve always been interested in spiders. When I grew up outside of London, the other kids were pulling the legs off insects, but I was the one feeding flies to spiders and studying their behavior. It just grew on me.

But you are not a full-time spider researcher.

No, I sell commercial water treatment plants for a living. Once or twice a year I get out for an expedition, to see something new. I’ve been to Vietnam, South America, all over. Every time I go out, I learn something new. I’ve even discovered a couple of new species … one is a small, brown, stripey tarantula that builds the most incredible tube webs. It is going to be named after me.

How did you get interested in the chicken-eating spider?

It started a few years back with a letter from a friend in Peru who built power plants. He heard this story of a chicken-eating spider. I love those kinds of stories, they are irresistible. So I had to go to Peru and see if it was true.

The spider cam allowed you to see some remarkable behavior, including some young tarantulas in the same burrow with what appeared to be a parent. …

Yes, there were some real surprises. Seeing the big mama tarantula with the young was remarkable. Most tarantulas are in no way gregarious. In fact, they often cannibalize their own young. So seeing that was very unusual. But it may make sense. It looks like when they go out at night as a group, they can catch and kill larger prey by working together. We also discovered that those spiders appeared to be keeping a pet. There was a little frog that lived down in the hole with the spiders. It may offer some sort of service to spiders, like sweeping up ants that might bother the spiders.

You believe that mother spider was about 10 inches across. How big are the biggest tarantulas?

I believe the record is 11.8 inches, held by the Goliath spider of Venezuela.

Is the chicken-eating spider a new species?

We don’t know yet. I would like to get it properly identified. There are two or three other large black tarantulas that live in the area.

Where would you like to go spider hunting next?

Central Africa. That’s my next big spider project. The logistics are very difficult, but there are potentially several kinds of giant spiders living in the region. One that was 11.5 inches across once walked into a British fort a long time ago, but it has never been seen again. Perhaps it was a freak of nature, but maybe not.

Do you keep spiders as pets?

Oh yes. I live in a big converted chapel, and they’ve got one whole end of a hall. I keep, breed, and photograph dozens of species. I always say keeping and feeding 500 tarantulas is cheaper than keeping a single dog!