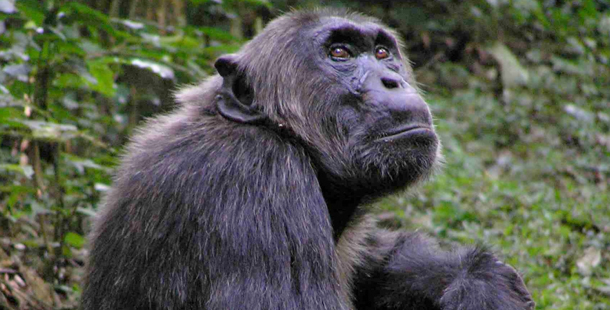 It turns out human beings aren’t so unique after all. Conventional wisdom once held that humans were the only animals that could make and use tools. Then, researchers discovered that some of our closest relatives, such as chimpanzees and some monkeys, made and used tools too.

Now it turns out that chimps and humans have something else in common: the capacity to kill, and not just for food. In the 1970s, primate researchers shocked many people with the news that chimpanzees hunted and killed colobus monkeys. Then came even more stunning news: Chimps killed, and sometimes ate, their own kind too.

Today, many scientists believe the hunts are a form of organized violence that plays an important role in chimp culture. One of the researchers studying these seemingly ritualized hunts is David Watts, a primatologist and anthropologist at Yale University in New Haven, Connecticut, who is featured in NATURE’s Deep Jungle: The Beast Within. NATURE spoke with Watts about his studies.

How did you get involved in studying chimp violence?

I got into it because I am interested in human evolution and how our behaviors evolved. I first worked with mountain gorillas in Rwanda. Then, [at the suggestion of another scientist,] in the summer of 1993 I went for the first time to study chimps at Ngogo, in Uganda’s Kibale National Park. It has one of the biggest known chimp communities in the world, now 140 to 150 animals, and they appear to be in the midst of a baby boom! It’s possible we will have 19 births this year, so it turns out to be a fantastic place to observe chimp behavior.

What have you seen?

Well, one of the most fascinating behaviors is chimpanzee hunting. It’s incredible to follow a group of chimps and watch them catch colobus monkeys and just go to work on them, sharing the meat. We’ve also observed groups of male chimps going on patrol and being pretty nasty to their neighbors. Since we’ve been there, we’ve documented chimps killing at least seven infant chimps, four adult males, and one juvenile chimp. Other times, they have beaten up females pretty badly.

Why do they do it?

It appears to be a regular part of chimp behavior, although it can vary from population to population and habitat to habitat. And like other forms of aggression, they use it tactically. For instance, we might be following a group of males, and they will switch into what we call patrol mode. They’ll go silent, which is unusual for chimps, and just look and listen. When they hear neighboring chimps, they respond in a pretty predictable way. If there are just a few chimps in the group, for instance, they’ll quietly move back toward the center of their own territory. If it’s a big group, they’ll respond vocally and listen to the responses. If they decide they are evenly matched, that can lead to major aggression. They’ll chase down, surround, and attack rivals. Sometimes they kill them.

Do they eat the meat?

Chimps that are successful hunters may be eating more meat than some Ugandans. But they don’t eat adult chimps, although they will cannibalize the infants. [And even when the prey is a monkey], often chimps don’t eat much of the meat. That raises the question of whether the hunts have more important social significance. For instance, we’ve seen active meat sharing among coalitions of the chimpanzees. If one chimp has a big hunk of meat, and another chimp comes along, [the first chimp] may put a piece of meat into their hand. So it may be a way to build relationships.

So, is this chimp warfare?

I don’t personally use the term “warfare” with chimps. It’s different. Humans are a lot more complicated, and I have to remind myself regularly that the thoughts I’m putting in [a chimp’s] mind aren’t the ones it’s having. But chimp behavior may give us some insight in[to] the evolution of human behavior.