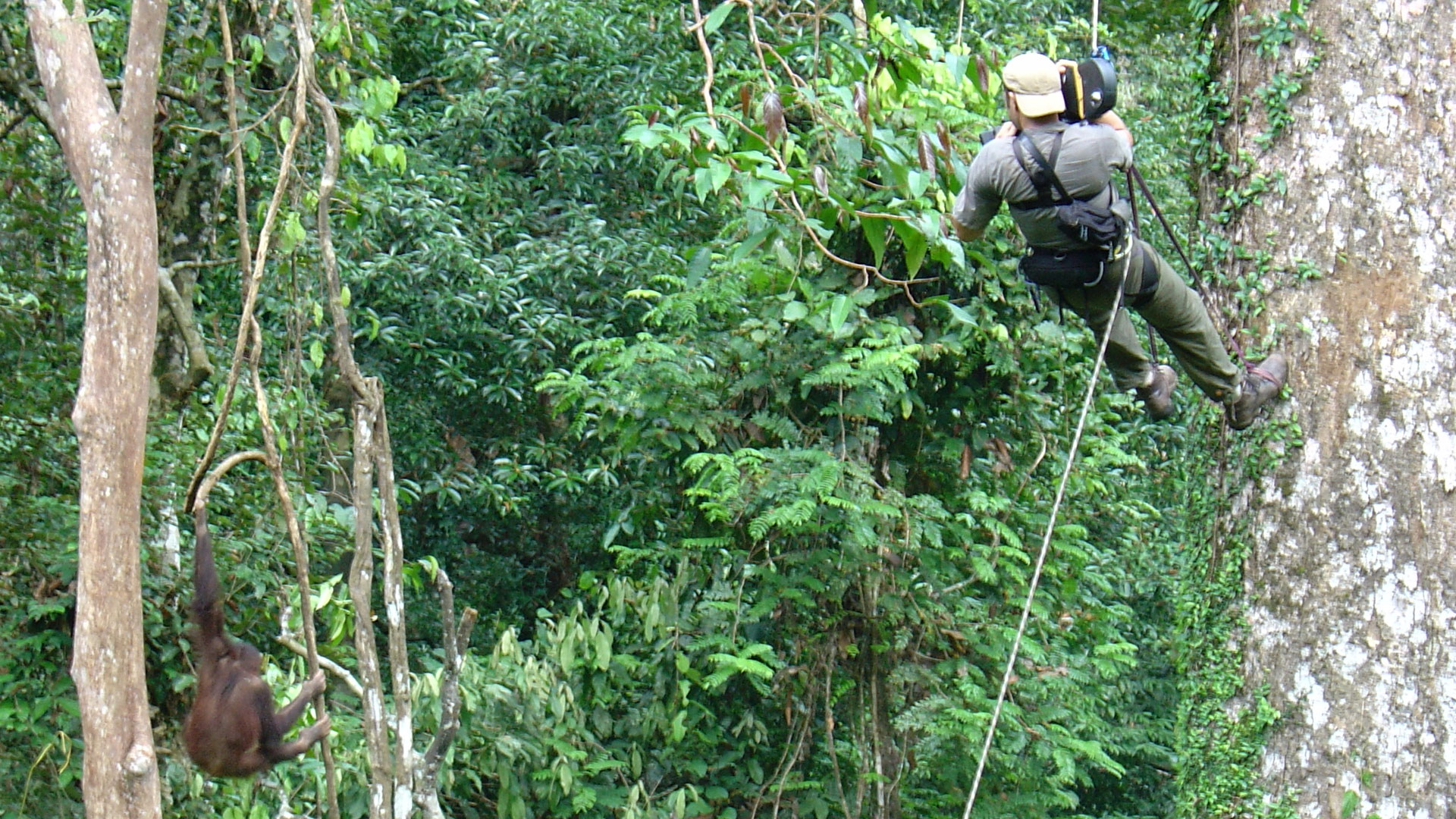 How jungle structure leads to the rise of specific species.

Ever wonder how jungle creatures get around in the dense forests they call home? NATURE’s Deep Jungle: New Frontiers shows how researchers are developing tricks for seeing through the seeming chaos of a tropical forest.

Using everything from mountain-climbing ropes to propel themselves high into the leafy canopy to laser yardsticks that help them create three-dimensional computer models of the forest, these scientific explorers are able to reveal the hidden structure of tropical woodlands. They can then go on to explore how the structure influences the evolution and behavior of the creatures that live there.

In part, these scientists are following in the footsteps of two researchers, says Roman Dial, a forest researcher from Alaska Pacific University in Anchorage who is featured in NATURE’s Deep Jungle. He explains that 20 years ago, ecologists Lois Emmons and Alwin Gentry noticed something interesting about the tree-dwelling animals living in tropical forests. In 1983, they published a paper noting the fact that South America’s tropical forests are home to many animals that hang from tree branches by their tails, like opossums, but almost none that jump and glide from tree to tree, such as flying squirrels. In contrast, the tropical forests of Asia have almost no hanging animals but are home to “tons of gliders — gliding mammals, reptiles, even gliding frogs” that have special feet built for flying, says Dial. “Gliders are everywhere.”

What accounts for the difference? Emmons and Gentry figured it had something to do with the structure of the two kinds of tropical forests. South America’s forests, they suggested, tend to be relatively dense and low, making it easy for animals to swing or walk from tree to tree. In Asia, however, the trees appear to have larger spaces between them, and some tend to be very high — 200 feet tall or more — making them nearly two times taller than those typically found in South America. This creates a kind of two-story forest, with a taller canopy towering over a lower one. In such an environment, being able to glide from layer to layer could be a huge advantage, allowing an animal to soar quickly from tree to tree in search of food or in flight from an attacker.

Over the last decade, Dial became one of the scientists trying to collect evidence for what he calls “the open space hypothesis.” It wasn’t easy. For one thing, there was no easy way to map out all the trees in a forest — marking, measuring, and mapping on foot was a backbreaking, time-consuming effort. For another, to do the job right required getting into the tops of the trees, to see the forest the way the animals do. That’s dangerous, to say the least.

New tools, however, have helped Dial and other scientists conquer some of those problems. In DEEP JUNGLE, viewers can watch Dial climb tall trees in Borneo with the help of special equipment, using his laser yardstick to measure the distance between one tree and the next. By combining many such measurements, researchers can create sophisticated three-dimensional models of the forest. The models seem to confirm the open space hypothesis.

So if you live in an Asian forest, “it makes sense to glide,” Dial says. “Gliders save a lot of energy and the farther they can glide, the more energy they can save.” As Deep Jungle shows, some of these gliders are truly amazing creatures — including lizards that soar hundreds of feet from trunk to trunk and snakes that free fall from branch to branch. Dial says these animals are spectacular examples of how earth’s jungles have prompted the evolution of remarkable physical changes.