KIM LAWTON, correspondent: Both campaigns continue their active efforts to get their constituencies out to the polls next week. Professor John Green of the Bliss Institute at the University of Akron says in a tight election, the campaigns look to the coalitions they can rely upon, and that includes faith coalitions.

PROF. JOHN GREEN (University of Akron): Each side understands that every vote will count.

LAWTON: Green says while faith-based outreach hasn’t dominated this campaign season, it has continued to be a key factor.

GREEN: A lot of that effort though, is not on television. It’s going on behind the scenes, because appealing to a particular group always has the capacity of alienating another group. This is true for Democrats as well as Republicans. So they’re trying to assemble these coalitions a little bit, I wouldn’t say completely below radar, but certainly off television. 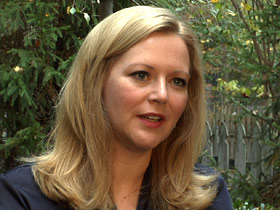 LAWTON: Prior to 2008, scholars talked about a God-gap in American politics: the more often people attended religious services, the more likely they were to vote Republican, the exception being African Americans, who are overwhelmingly Democratic. Many experts believe that trend will continue in this election cycle. Melissa Deckman is professor of political science, at Washington College in Chestertown, Maryland.

PROF. MELISSA DECKMAN (Washington College): If you think about the God-gap, so-called God-gap, it’s still alive and well this year in American politics, and it’s bigger than things like the gender gap, although you often hear more in the media about women’s voting and men’s voting, so I think religion continues to play a big role in American presidential elections.

LAWTON: The Republicans are hoping for a big turnout from evangelicals, who make up about one-quarter of GOP voters. In the early days of the campaign, there were questions about whether theological differences would keep evangelicals from supporting a Mormon candidate. Governor Mitt Romney’s campaign tried to woo them on the basis of shared values.

GOV. MITT ROMNEY: (in speech) People of different faiths, like yours and mine, sometimes wonder where we can meet in common purpose, when there are so many differences in creed and theology. Surely the answer is that we can meet in service, in shared moral convictions about our nation stemming from a common worldview. 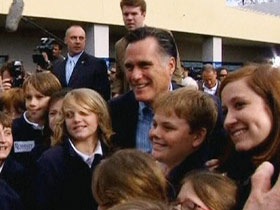 DECKMAN: It seems to me that the Mormon issue isn’t quite as big of a deal as perhaps many had speculated. Instead, we see that evangelicals have really taken to Romney, I think mainly because of their dislike of Obama, but his religious views I think have not mattered as much.

LAWTON: The question is whether enough evangelical Republican voters have been convinced that the religious differences don’t matter.

GREEN: I think that Governor Romney does face a challenge with getting high level of turnout and enthusiastic support from the white evangelical community, which has been a mainstay of Republican presidential vote for a number of years now. And that’s because there is this lingering skepticism.

LAWTON: Catholics have been another important group this election season, especially with Catholic candidates on both tickets for the first time ever. But it has been clear that Vice-President Joe Biden and Representative Paul Ryan have very different views on how to apply their faith to their politics.

VICE-PRES. JOE BIDEN: (at debate)  Life begins at conception. That’s the church’s judgment. I accept it in my personal life. But I refuse to impose it on equally devout Christians and Muslims and Jews and — I just refuse to impose that on others, unlike my friend here, the congressman. 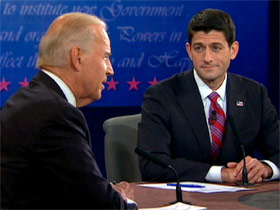 REP. PAUL RYAN (at debate): I don’t see how a person can separate their public life from their private life or from their faith. Our faith informs us in everything we do.

GREEN: There are if you will, Biden Catholics and Ryan Catholics, and both campaigns are struggling very hard to get those groups mobilized but then there are a lot of Catholics who are in the middle, who might agree with the Republicans on one issue and with the Democrats on another so quite an effort to get the middle of the road Catholics to swing one way or another.

LAWTON: One unusual hallmark of this campaign was the high profile involvement of outside Catholic players. A group of nuns led by Sister Simone Campbell of the lobby group NETWORK, launched a road trip called “Nuns on the Bus” to highlight their view that the budget cuts promoted by Paul Ryan would hurt the poor and violate church teachings. Campbell was invited to share her views at the Democratic National Convention.

Meanwhile, Cardinal Timothy Dolan, president of the US Conference of Catholic Bishops, offered benedictions at both the Democratic and Republican Conventions. For months, the bishops have led a vigorous campaign against the Obama Administration’s policy mandating that employers, including many religious employers, offer free coverage of contraceptive services to their employees. The bishops accuse the Obama Administration of violating religious liberty. 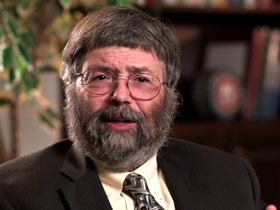 It’s unclear how much those efforts have changed any opinions among voters. Polls show Catholics remain deeply divided, and that could be especially important in battleground states such as Ohio, Pennsylvania and Florida. While much of the focus has been on the economy, Green says here at the end of the campaign, other social issues may play an important role.

GREEN: There’s some strong incentives for the parties to reach out for secondary issues. Issues like women’s rights, religious liberty, the environment, foreign policy. Because if voters are evenly divided on their most salient issue, the economy, they’re going to make their decision perhaps on some of these secondary issues. issues that they don’t regard as the most important, but they might not be able to choose between Governor Romney and President Obama on something like unemployment so some of these other issues may matter.

LAWTON: Both candidates have attempted to apply moral and religious language to their economic policies.

ROMNEY: (at debate) I think it’s, frankly, not moral for my generation to keep spending massively more than we take in, knowing those burdens are going to be passed on to the next generation and they’re going to be paying the interest and the principal all their lives. 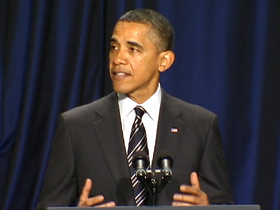 PRES. BARACK OBAMA: (in speech) If I’m willing to give something up as somebody who’s been extraordinarily blessed, and give up some of the tax breaks that I enjoy, I actually think that’s going to make economic sense. But for me as a Christian, it also coincides with Jesus’s teaching that “for unto whom much is given, much shall be required.”

LAWTON: But much of the God-talk has been done directly to religious audiences, as opposed to in general campaign venues. Even Obama, who made frequent religious references in the last campaign and throughout his presidency, hasn’t been emphasizing it as much of late. Some experts believe that could be to avoid alienating the growing number of secular voters who are Democratic.

GREEN: There’s some real positives to these candidate’s faith but there’s also some real potential downside, and so that’s why I don’t, we don’t see the candidates themselves talking a lot about it, but their surrogates and their campaigns are reaching out to religious and non religious voters alike, trying to bring them into their camp.

LAWTON: For most of the campaign, Romney refrained from speaking directly about his Mormon faith. In the last few weeks, he’s opened up a bit more, although he still largely avoids using the word “Mormon.”

ROMNEY: (at debate) My passion probably flows from the fact that I believe in God. And I believe we’re all children of the same God. I believe we have a responsibility to care for one another. I — I served as a missionary for my church. I served as a pastor in my congregation for about 10 years.

DECKMAN: I think what has been a smart strategy for Mitt Romney is not to focus on Mormonism per se, because when you start talking about the specifics of any faith, then that becomes the issue.

LAWTON: With a Mormon, two Catholics, and only one Protestant on the ticket this time, Deckman says that represents something important about the nation.

DECKMAN: Americans, despite their religious differences, by and large are pretty tolerant. // We have our issues in American history where that’s not necessarily the case and some groups like atheists and Muslims might not feel that way, but generally speaking we have a surprising amount of tolerance here.

LAWTON: And whatever happens next week, many believe that could be one of the most important religion stories coming out of this presidential election. I’m Kim Lawton reporting