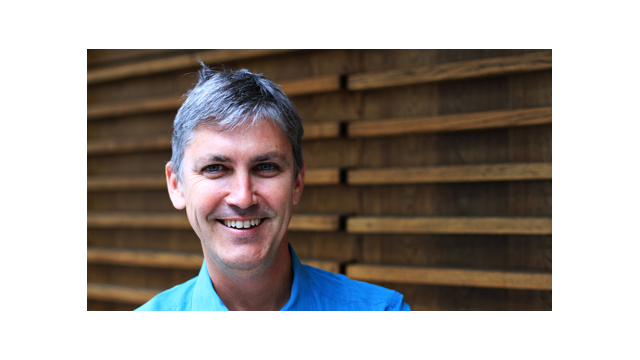 LOS ANGELES, CA; AUGUST 6, 2013 – Today at the Television Critics Association Press Tour, PBS announced the premiere of HOW WE GOT TO NOW with Steven Johnson in fall 2014. The six-part series, to be produced for PBS by Nutopia and hosted by the popular American science author and media theorist, explores the power and the legacy of great ideas. Topics explored in the series include why and how ideas happen, and their sometimes unintended results, including how the search for clean water opened the way to invention of the iPhone, and how the nagging problem of overheating in a New York printing business led to the invention of air conditioning, which inspired mass migration and a political transformation.

Johnson explains how the answers to the questions he poses in each episode — such as “how do we make something cold?” or “how do we create light?”— have driven other discoveries through the web of ideas and innovations that made each finding possible. Tracking each pursuit through history both ancient and contemporary, Johnson unlocks tales of unsung heroes and radical revolutions that changed the world and the way we live in it.

Alongside the bizarre coincidences, intense rivalries, terrible failures and moments of heroic achievement that made theories into realities, HOW WE GOT TO NOW uses historical precedents and modern-day analogies to explain why it’s not always the smartest person in the room who has the best idea. From frozen foods entrepreneur Clarence Birdseye to Internet visionary Tim Berners-Lee, Hollywood “Golden Age” actress and inventor Hedy Lamarr to mother of radioactivity Marie Curie, and from Thomas Alva Edison to Facebook co-founder Mark Zuckerberg, the series shows how the best ideas can come from surprising places (and take years to shape), as well as how amateurs can revolutionize specialist fields, and why patents are sometimes a big idea’s worst enemy. “It has always been true that problem solvers and inventors are social heroes,” said host Steven Johnson. “From the ancient humans who first harnessed fire to the Romans who modernized their cities, to the engineers and computer geniuses who are working today to make a better tomorrow for humanity. This program underscores the contribution of these heroes and the power of their great ideas.”

“This series is a love letter to the thinkers, inventors, tinkerers and hackers who have driven human progress,” said Jane Root, executive producer for Nutopia, the studio behind the series. “Our ability to continually adapt and inspire the next generation of creators is vital to our shared future. We hope this show will continue the process of inspiration for generations to come.”

Following are descriptions of the six episodes featured in HOW WE GOT TO NOW:

HOW WE GOT TO NOW with Steven Johnson is produced for PBS by Nutopia, with executive producers Peter Lovering, Jane Root, Steven Johnson and Michael Jackson. Riverhead Books, an imprint of Penguin Group LLC,  will publish the companion book to the series in Fall 2014.

Major funding for HOW WE GOT TO NOW is provided by the CPB/PBS Program Challenge Fund, which supports high-impact content that engages viewers and new audiences of all demographics.

HOW WE GOT TO NOW will be produced for PBS in association with the BBC and will be distributed internationally by BBC Worldwide.

About Steven Johnson
Steven is both a successful web entrepreneur and bestselling author. His books include “Where Good Ideas Come From,” “Everything Bad is Good for You,” “The Ghost Map,” “The Invention of Air” and most recently “Future Perfect.”

About Nutopia
NUTOPIA is a leading independent production company committed to creating ambitious, ground-breaking “event television” for global audiences. The company quickly became known for its signature large-scale documentaries, which it dubbed “mega docs.” The first such program was the twelve-part, Emmy-winning series, AMERICA: THE STORY OF US, for the History channel, which melded high-end CGI, A-list interviews and stylized dramatization, garnering critical acclaim and record audiences. Subsequent “mega doc” have included THE BRITISH for Sky Atlantic (UK), MANKIND: THE STORY OF ALL OF US for History, THE 80s: THE DECADE THAT MADE US for National Geographic Channel, HOW WE INVENTED THE WORLD for Discovery, and more. The company also develops and produces stand-alone films such as ROGUE SHARKS for Discovery, as well as 9/11: STATE OF EMERGENCY and the docudrama TARGETING BIN LADEN for History. The latter featured the first documentary interview with President Barack Obama on the killing of the Al Qaeda leader.