WQED Production of Pittsburgh Symphony Orchestra Tree of Life: A Concert for Peace and Unity to Air Nationally on PBS Tuesday, December 11 at 8:00 p.m. ET

Last Updated by Susan Timcheck on 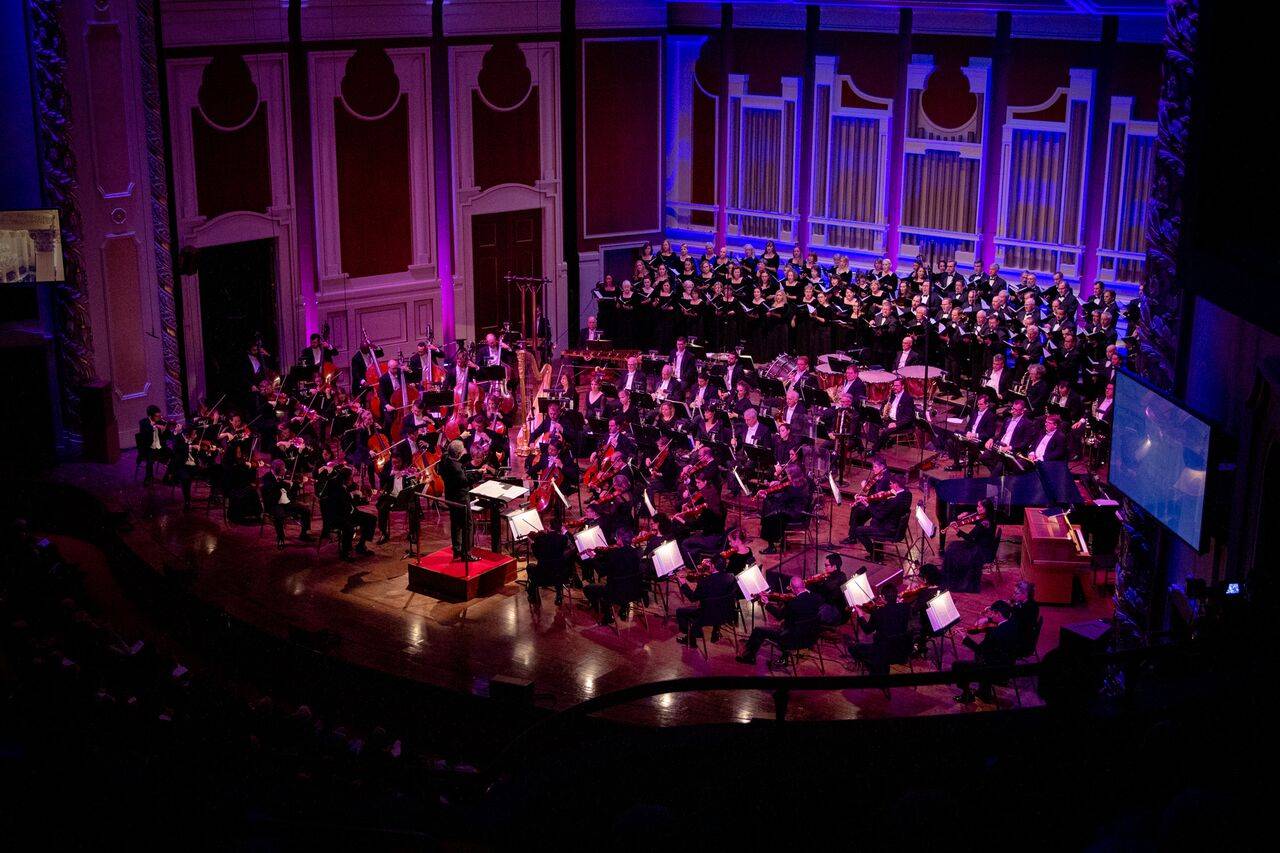 The Pittsburgh Symphony Orchestra and the Mendelssohn Choir of Pittsburgh take the stage at Heinz Hall in Pittsburgh for Tree of Life: A Concert for Peace and Unity, which airs Tuesday, December 11 at 8pm on PBS stations nationwide. Credit: Edward DeArmitt.

PITTSBURGH, PA and ARLINGTON, VA -- PBS will broadcast nationally WQED’s locally-produced Tree of Life: A Concert for Peace and Unity, a free community event, presented and hosted by the Pittsburgh Symphony Orchestra to honor the Tree of Life Synagogue victims and first responders. The performance, featuring Itzhak Perlman at Pittsburgh’s Heinz Hall, was taped on November 27, one month after the tragedy, as part of the PSO’s “Music for the Spirit” series.

Made possible with support from the Corporation for Public Broadcasting (CPB), Tree of Life: A Concert for Peace and Unity, a one-hour special, will air nationwide on PBS stations on Tuesday, December 11 at 8:00 p.m.  (*check local listings) Watch a clip.

Tree of Life: A Concert for Peace and Unity will stream on PBS.org and on the PBS Facebook page concurrently with the broadcast. The concert will also be available for streaming after broadcast on station-branded PBS platforms, including PBS.org and PBS apps for iOS, Android, Roku, Apple TV, Amazon Fire TV and Chromecast.

The Pittsburgh Symphony Orchestra’s special concert evening of remembrance and reverence brought the Pittsburgh community together to find comfort, strength and solace through music, hope and unity.

“This was public media at its finest, celebrating community and hope over evil,” said CPB President and CEO Pat Harrison. “The voices of this community from the Chief of Police to those who were directly impacted by the attack on the Tree of Life Synagogue, affirmed that hatred can’t weaken the city of steel. Pittsburgh ‘strong’ is a reality and reflected through the partnership among WQED, the PSO, and local police, government and diverse religious leaders.”

“Through our production of this Pittsburgh Symphony Orchestra concert, we hope to inspire healing and to repay the kindness the world has shown Pittsburgh during the city’s darkest days in the aftermath of the tragedy,” said WQED President and CEO, Deborah L. Acklin. “The community collaboration on this project was extraordinary.  The Corporation for Public Broadcasting was able to quickly fund this project so that the people of Pittsburgh, through the Pittsburgh Symphony Orchestra, could thank the world for their support and share an evening of solace with the nation.”

The performance features the following works:

“It is our hope that the Concert for Peace and Unity brings a sense of peace and healing in the wake of unimaginable tragedy,” said Paula Kerger, President & CEO, PBS. “We thank the Corporation for Public Broadcasting and WQED for partnering with PBS to share this beautiful tribute with a national audience.”

“As advocates of peace, tolerance and understanding, the Pittsburgh Symphony Orchestra brings people together through the universal power of music to collectively grieve and heal after this horrific tragedy, both locally and across the country” added PSO Music Director Manfred Honeck.

The Corporation for Public Broadcasting (CPB), a private, nonprofit corporation created by Congress in 1967, is the steward of the federal government’s investment in public broadcasting. It helps support the operations of more than 1,500 locally owned and operated public television and radio stations nationwide. CPB is also the largest single source of funding for research, technology and program development for public radio, television and related online services. For more information, visit cpb.org.org, follow us on Twitter @CPBmedia, Facebook and LinkedIn and subscribe for other updates.

About the Pittsburgh Symphony Orchestra

The two-time 2018 Grammy Award-winning Pittsburgh Symphony Orchestra (PSO) is credited with a rich history of engaging the world’s finest conductors and musicians, and demonstrates a genuine commitment to the Pittsburgh region and its citizens. Known for its artistic excellence for more than 120 years, past music directors have included Fritz Reiner (1938-1948), William Steinberg (1952-1976), Andre Previn (1976-1984), Lorin Maazel (1984-1996) and Mariss Jansons (1997-2004). This tradition of outstanding international music directors was furthered in fall 2008, when Austrian conductor Manfred Honeck became music director of the Pittsburgh Symphony Orchestra. The PSO is continually at the forefront of championing new American works. They premiered Leonard Bernstein’s Symphony No. 1 “Jeremiah” in 1944 and John Adams’ Short Ride in a Fast Machine in 1986, and in the 2018-2019 season they premiered Mason Bates’ commission for Honeck’s 60th birthday celebration. The orchestra has a long and illustrious history in the areas of recordings and live radio broadcasts. Its recording of Shostakovich Symphony No. 5 / Barber Adagio for Srings won 2018 Grammy Awards for Best Orchestral Performance and Best Engineered Classical Album, and their “Pittsburgh Live!” series with Reference Recordings resulted in back-to-back Grammy nominations in 2015 and 2016. As early as 1936, the PSO has been broadcasted on the radio. Since 1982, the orchestra has received increased attention through national network radio broadcasts on Public Radio International, produced by Classical WQEDFM 89.3, made possible by the musicians of the Pittsburgh Symphony Orchestra.