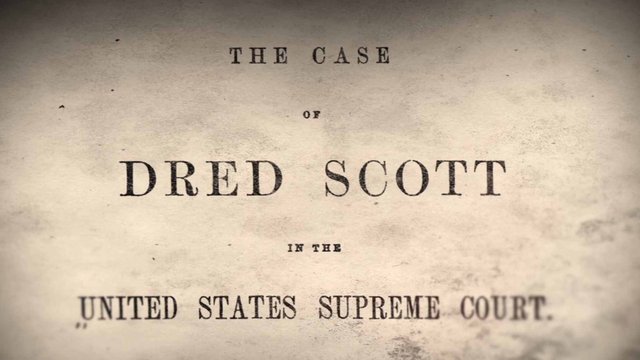 This Supreme Court decision attempted to settle the legal status of slaves in free territories to avert a civil war, but it provoked one instead. Dred Scott, who was born a slave in Missouri, traveled with his master to the free territory of Illinois. As a result, Scott later sued his master for freedom, which the lower courts usually granted. However, when the case reached the U.S. Supreme Court, it ruled that Scott would remain a slave because as such he was not a citizen and could not legally sue in the federal courts. Moreover, in the words of Chief Justice Roger Taney, black people free or slave could never become U. S. citizens and they “had no rights which the white man was bound to respect.” The dissenting justices pointed out that in some states people of color were already considered citizens when the Constitution was ratified. In 1868, the Fourteenth Amendment overturned the Dred Scott decision by granting citizenship to all those born in the United States, regardless of color.