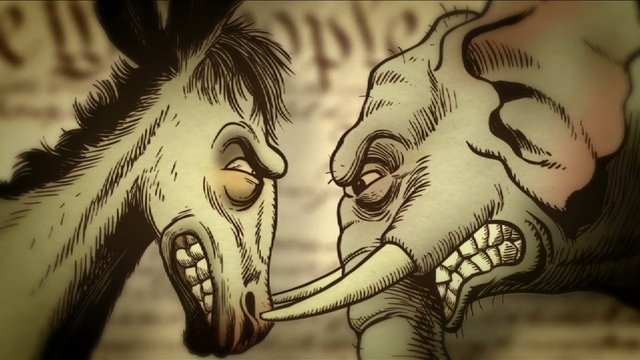 The Constitution does not mention political parties, yet they play an important role in U.S. government. They began to emerge with disputes over the ratification of the Constitution, becoming known as the Federalists and the Anti-Federalists. George Washington specifically warned against “the baneful effects of the spirit of party” in his farewell address in 1796. Yet no sooner did Washington retire from office than political parties became a permanent fixture of American elections.

One of the areas of fiercest competition among political parties is redistricting. Incumbents often draw the boundaries of their congressional districts to keep themselves in power. This practice began early in the republic. Elbridge Gerry, one of the signers of the Constitution, created such an oddly-shaped district in his Massachusetts region that it was dubbed a “gerrymander.” To correct such abuses, many officials propose a nonpartisan commission to create districts that are compact and cohesive, respecting the boundaries of local communities.