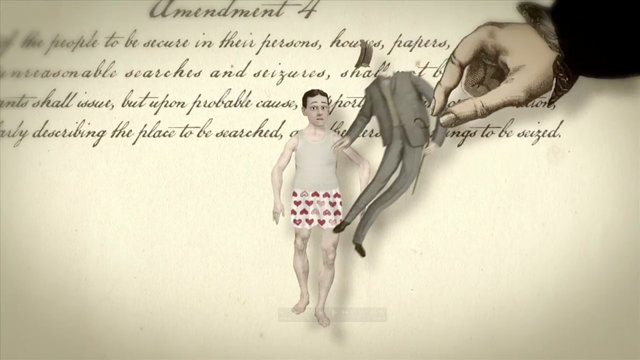 The Fourth Amendment protects Americans from “unreasonable searches and seizures” by the government. But the Supreme Court's interpretation of “unreasonable” has varied over time. Some searches require warrants, but others do not. In general, the Fourth Amendment protects a person and their property from searches by the government wherever there is a “reasonable expectation of privacy.” For instance, trash that is still inside a person's home is protected; trash sitting beside the street curb for pickup is not. In the age of the Internet, where so much personal information is shared over social media such as Facebook and Twitter, some people argue that privacy has become a myth. After the 9-11 attacks, Congress passed laws making it easier for the government to use such information when investigating terrorism.

The Fifth Amendment protects the right to private property in two ways. First, it states that a person may not be deprived of property by the government without “due process of law,” or fair procedures. In addition, it sets limits on the traditional practice of eminent domain, such as when the government takes private property to build a public road. Under the Fifth Amendment, such takings must be for a “public use” and require “just compensation” at market value for the property seized. But in Kelo v. City of New London (2005), the Supreme Court interpreted public use broadly to include a “public purpose” of economic development that might directly benefit private parties. In response, many state legislatures passed laws limiting the scope of eminent domain for public use.