ARLINGTON, VA; October 18, 2012 – ELECTION 2012: WHAT’S AT STAKE, a PBS Election 2012 special, presents viewers with an up-to-the-minute review of this year’s top campaign issues and considers how the outcome of the election could impact voters’ lives. Presented by WNET and produced by NEED TO KNOW executive producer Marc Rosenwasser, the program premieres November 2, 2012, 9:00-10:00 p.m. ET on PBS (check local listings).

In her role as WASHINGTON WEEK’s managing editor and moderator, Gwen Ifill contributes a segment on how the presidency transforms the person who holds the office, while FRONTLINE provides a segment by the producers of “The Choice” focusing on a transformational moment in the life of each of the candidates. In addition, PBS NEWSHOUR political editor Christina Bellantoni joins Sreenivasan to discuss critical congressional races across the country.

Beyond the major campaign topics, WHAT’S AT STAKE looks at several issues that have remained under the radar during the presidential campaign season, including future appointments to the Supreme Court, gun control, and climate change, among others. NEED TO KNOW’s Jeff Greenfield explores whether it’s possible to predict a president’s effectiveness.

“WHAT’S AT STAKE draws on the expertise of PBS’ news and public affairs programs to give viewers deeper and more meaningful information on the eve of the election,” says PBS senior vice president and chief TV programming executive John F. Wilson. “The result is an important, in-depth special that gives viewers valuable information they can use as they make their voting decisions.”
For more information on other PBS Election 2012 programming including PBS NEWSHOUR, WASHINGTON WEEK, FRONTLINE, NEED TO KNOW and election specials, visit pbs.org/election2012 and follow #pbsElection on Twitter.

PBS, with its nearly 360 member stations, offers all Americans the  opportunity to explore new ideas and new worlds through television and  online content. Each month, PBS reaches nearly 123 million people  through television and more than 21 million people online, inviting them   to experience the worlds of science, history, nature and public  affairs; to hear diverse viewpoints; and to take front row seats to  world-class drama and performances. PBS’ broad array of programs has  been consistently honored by the industry’s most coveted award  competitions. Teachers of children from pre-K through 12th grade turn to   PBS for digital content and services that help bring classroom lessons   to life. PBS’ premier children’s TV programming and its website, pbskids.org,   are parents’ and teachers’ most trusted partners in inspiring and  nurturing curiosity and love of learning in children. More information  about PBS is available at www.pbs.org, one of the leading dot-org websites on the Internet, or by following PBS on Twitter, Facebook or through our apps for mobile devices. Specific program information and updates for press are available at pbs.org/pressroom or by following PBS Pressroom on Twitter. 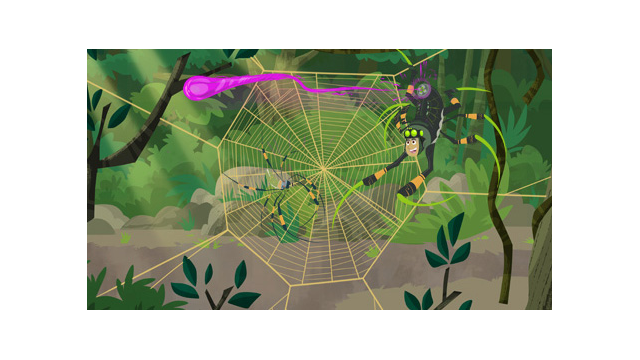