Exclusive "Freedom Riders" Preview for PBS Facebook Fans on May 2, 2011

Arlington, VA – April 28, 2011 – PBS announced today that a 35-minute excerpt of Stanley Nelson’s acclaimed documentary, Freedom Riders, will debut on Monday, May 2, exclusively to fans who “like” PBS on Facebook. The preview, available two weeks before the film’s May 16 premiere on AMERICAN EXPERIENCE, will be introduced by Executive Producer Mark Samels and will be available until the broadcast premiere.

“We want to give loyal fans exclusive access to PBS content and will continue to offer opportunities for advance screenings on Facebook, the PBS video apps for the iPad, iPhone and iPod touch, as well as other platforms where fans can engage around projects like Freedom Riders,” said Jason Seiken, SVP, PBS Interactive, Product Development and Innovation.

Freedom Riders is the powerful, harrowing and ultimately inspirational story of eight months in 1961 that changed America forever. From May until December 1961, more than 400 black and white Americans risked their lives – many endured savage beatings and imprisonment – for simply traveling together on buses as they journeyed through the Deep South. Determined to challenge segregated travel facilities, the Freedom Riders were greeted with mob violence and bitter racism, sorely testing their belief in nonviolent activism.

Based on Raymond Arsenault’s acclaimed book, Freedom Riders: 1961 and the Struggle for Racial Justice, and directed by award-winning filmmaker Stanley Nelson (The Murder of Emmett Till, Jonestown, Wounded Knee), Freedom Riders features testimony from an rich cast of central characters: the Riders themselves, state and federal government officials, and journalists who witnessed the Rides firsthand.

As part of a unique national outreach campaign, AMERICAN EXPERIENCE has invited college students to “get on the bus.” On May 6, forty college students will embark on the 2011 STUDENT FREEDOM RIDE, a journey retracing the route of the original 1961 Freedom Rides. Kicking off in Washington, D.C., the students will journey into the Deep South, stopping along the way at historically critical locations, and spending time with surviving Freedom Riders, who will share their memories of this dangerous experiment in the fight for equal rights.

For additional information on the film, the Student Bus Ride and more, visit www.pbs.org/freedomriders.

Television's most-watched history series, AMERICAN EXPERIENCE has been hailed as "peerless" (Wall Street Journal), "the most consistently enriching program on television" (Chicago Tribune), and "a beacon of intelligence and purpose" (Houston Chronicle). On air and online, the series brings to life the incredible characters and epic stories that have shaped America's past and present. Acclaimed by viewers and critics alike, AMERICAN EXPERIENCE documentaries have been honored with every major broadcast award, including twenty-four Emmy Awards, four duPont-Columbia Awards, and fifteen George Foster Peabody Awards, one most recently for "My Lai.”

PBS, with its nearly 360 member stations, offers all Americans the opportunity to explore new ideas and new worlds through television and online content. Each month, PBS reaches 124 million people through television and 20 million people online, inviting them to experience the worlds of science, history, nature and public affairs; to hear diverse viewpoints; and to take front-row seats to world-class drama and performances. PBS’ broad array of programs has been consistently honored by the industry’s most coveted award competitions. Teachers of children from pre-K through 12th grade turn to PBS for digital content and services that help bring classroom lessons to life. PBS’ premier children’s TV programming and its website, pbskids.org, are parents’ and teachers’ most trusted partners in inspiring and nurturing curiosity and love of learning in children. More information about PBS is available at pbs.org, one of the leading dot-org websites on the Internet, or by following PBS on Twitter, Facebook or through our apps for mobile devices. Specific program information and updates for press are available at pbs.org/pressroom or by following PBSPressroom on Twitter. 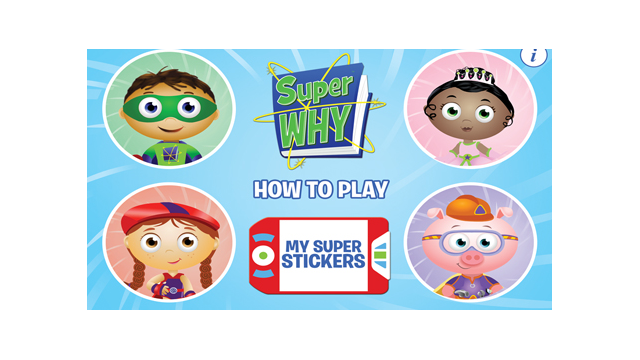