ARLINGTON, VA; March 28, 2018 -- PBS announced today that television personality and journalist Meredith Vieira will host THE GREAT AMERICAN READ, a new eight-part television series launching on PBS stations with a two-hour special event on Tuesday, May 22, 2018 at 8:00 p.m. In THE GREAT AMERICAN READ, Vieira will take viewers on a journey across the country to uncover the nation’s 100 most-loved novels, the people who love them and their authors.

As host of the series, Vieira will tie together the overarching themes of our national love of literature and guide viewers on a search to discover America’s best-loved book.  Vieira is known for co-hosting NBC News’ “Today” and serving as moderator of ABC’s “The View.” Throughout her career, she has gained national recognition for her reporting on such programs as “The Meredith Vieira Show,” “60 Minutes” and CBS News.  She entertained the nation with her role as host of the popular syndicated quiz show “Who Wants to Be a Millionaire” and has won 14 Emmys for her work, engaging and educating the American public with hard-hitting news stories and heart-warming programming.

“It is a privilege to partner with PBS to bring THE GREAT AMERICAN READ to viewers across the country,” said Vieira. “The power of reading is extraordinary – it allows us to escape to new worlds, introduces us to a diverse range of people, opens our minds to different ideas, and allows us to keep learning no matter our age or background. THE GREAT AMERICAN READ offers a forum for readers to express what titles and stories they’re passionate about and share how novels impacted their lives. I am honored to be a part of this discussion.”

“We are thrilled to have Meredith join us on this national quest to discover ‘America’s Most-Loved Novel’, said Bill Gardner, VP of Programming & Development for PBS. “Meredith brings a unique warmth and journalistic sensitivities that make her the perfect host for our exploration of American culture and our shared experiences as reflected by our favorite books.”

“As a fixture in American households for decades, Meredith’s voice is the natural choice to guide the audience through this unique and multi-platform journey to find the most beloved novel,” said Jane Root, founder and CEO of Nutopia. “We are confident she has the ability to inspire viewers to read, vote and share their personal connections to the stories we explore in THE GREAT AMERICAN READ.” Jane Root also serves as an executive producer on PBS’ CIVILIZATIONS.

Following the two-hour launch event of THE GREAT AMERICAN READ, and throughout the summer, viewers will be encouraged to read and engage in the conversation by participating in local events, and by visiting the interactive website and voting for their favorite book on the list at pbs.org/greatamericanread. The series will return in September with a recap and additional themed episodes exploring the nominated books, leading up to the reveal of “America’s Best-Loved Novel” on Tuesday, October 23.

To complement THE GREAT AMERICAN READ, PBS KIDS will host PBS KIDS READ as part of an annual summer learning initiative for children ages 2-8 and their families. PBS KIDS READ will encourage reading and related activities through a variety of resources for children and parents, including social media engagement, digital games and tools, and downloadable activities. In addition, PBS member stations across the country will host literacy and learning events in local communities throughout the summer months.

PBS will partner with its nearly 350 local member stations in support of THE GREAT AMERICAN READ through grants designed to support active creation, distribution and promotion of the series, as well as through the formation and strengthening of local partnerships.

Funding for THE GREAT AMERICAN READ is provided by The Anne Ray Foundation and PBS.

Amplifying the on-air and online series content will be a fully illustrated companion book, The Great American Read: The Book of Books, which will include information about the 100 novels, author profiles, rare images of original manuscripts and more, plus a foreword by THE GREAT AMERICAN READ host Meredith Vieira, to be published by Black Dog & Leventhal in August 2018.

Meredith Vieira is a 14-time Emmy Award-winning host, executive producer and anchor. Most recently, she served as executive producer on the award-winning documentary TOWER. Vieira hosted and served as executive producer on her own nationally syndicated daytime talk show, “The Meredith Vieira Show,” which premiered in September 2014 and ran for two seasons.  Previously, she received critical acclaim for her hosting of “Who Wants to Be a Millionaire,” “The Today Show” and “The View.” Early in her career, Vieira spent more than a decade at CBS News, garnering five Emmy Awards for her work as an editor on the news magazines “60 Minutes” and “West 57th.” Vieira founded and is CEO of Meredith Vieira Productions, which develops and produces film, television and theatre. A native of Providence, R.I., Vieira received a Bachelor of Arts degree from Tufts University in Medford, MA.  She has three children, Ben, Gabe and Lily, with her husband, best-selling author and journalist Richard Cohen.

Nutopia, a leading television production company creating award-winning, premium content on a global scale. Founded in 2008 by Jane Root, former President of Discovery Channel US, Controller of BBC2 and co-founder of Wall to Wall TV, Nutopia innovated the “mega doc” model, blending huge-scale history series and high-profile talent from the worlds of documentary and drama. Nutopia has become synonymous with creating high-quality content that stands out from the crowd, working with some of the most prominent global broadcasters including Netflix, CNN, National Geographic, the BBC, PBS and A+E Networks. Critical successes include the Emmy Award-winning series How We Got To Now and Emmy Award-winning series America The Story Of Us. Upcoming projects include National Geographic’s 10-hour flagship factual event One Strange Rock, and the landmark art-history series Civilizations for BBC and PBS, and Babies for Netflix. 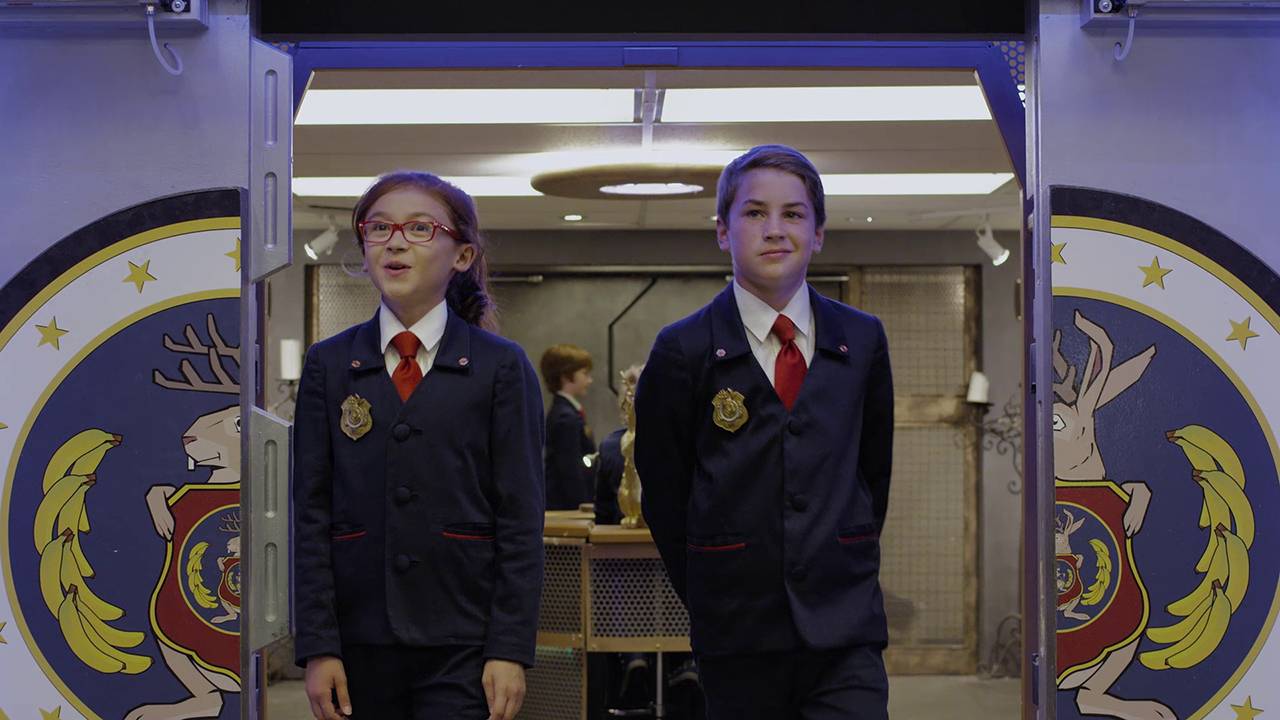