ARLINGTON, VA; OCTOBER 8, 2014 [UPDATED NOVEMBER 5,2014] - This fall, PBS will highlight the history of our nation’s military men and women with programs that showcase personal stories and impactful events. The centerpiece, premiering on Veterans Day, Tuesday, November 11, 2014, 9:00-11:00 p.m. ET, is NAVY SEALS – THEIR UNTOLD STORY. The documentary recounts the ticking-clock missions of the “Commandoes of the Deep” through firsthand accounts, never-before-seen footage and personal recollections. Admirals, master chiefs, clandestine operators, demolitioneers and snipers reveal how U.S. Navy SEALs morphed into the world’s most admired commandoes. Actor Gary Sinise, who has dedicated himself to veterans’ causes and supporting the troops in active service, narrates.

“PBS is featuring these programs as a way to educate the public about our military history,” said Beth Hoppe, Chief Programming Executive and General Manager of General Audience Programming at PBS. “Airing as part of the PBS Stories of Service initiative this November and throughout the next year, the programs will delve deeply into some of the life-altering missions that changed the course of our nation, and will provide viewers with a better understanding of the men and women who stood on the front lines.”

The lineup begins with CRAFT IN AMERICA, a series that promotes original handcrafted work and inspires people of all ages to pursue their own creativity, offers “Service,” Sunday, November 2, 2014, 10:30-11:30 p.m. ET. From the origins of the Army Arts & Crafts Program and the G.I. Bill to contemporary soldiers and veterans, the program documents the power of the handmade to inspire, motivate and heal.

A SALUTE TO THE TROOPS: IN PERFORMANCE AT THE WHITE HOUSE will premiere Friday, November 7 at 9:00 p.m. ET. The concert, which will have a live audience that will include hundreds of members of the military, will feature performances by Mary J. Blige, Common, John Fogerty, Willie Nelson, Romeo Santos, and also active duty military members U.S. Army SGT. Christiana R. Ball, U.S. Marine Corps Capt. Matt Smith and Capt. John Ed Auer.

In the sports arena, PBS presents an expanded, updated version of ICE WARRIORS: USA SLED HOCKEY, Monday, November 10, 2014, 10:00-11:30 p.m. ET. The program follows the U.S. sled hockey team as they prepare for and participate in the Winter Paralympic Games in Sochi, Russia.

The programs are part of Stories of Service, a multiplatform initiative exploring veterans’ experiences and providing a deeper understanding of our country’s military history. Viewers are invited to join the conversation in social media using the hashtag #ServiceStoriesPBS and access a rich library of over 50 archival programs and resources for educators, students and veterans at pbs.org/storiesofservice.

November also brings an encore of NOT YET BEGUN TO FIGHT (check local listings), the story of a Vietnam veteran who brings five men, severely injured in Iraq and Afghanistan, to the rivers of Montana, where he teaches them to fish…and to hope.

Looking ahead to 2015, AMERICAN EXPERIENCE will present Rory Kennedy’s “Last Days in Vietnam,” a documentary that recounts the fall of Saigon, the panic that gripped the city and the evacuation of more than 1,300 Americans and nearly 6,000 Vietnamese.

In 2016, Ken Burns and Lynn Novick’s “VIETNAM”(w.t.), a documentary film series about the history and meaning of the Vietnam War, will explore the military, political, cultural, social and human dimensions of what has been called “the war of lost illusions.” The primary focus will be the human experience of the conflict, using eyewitness testimonies of so-called “ordinary” people — Americans as well as Vietnamese — whose lives were touched by the war.

WORLD Channel will commemorate Veterans’ Day with twenty-two films by and about veterans.

Also surrounding Veterans Day, Veterans Coming Home—a national public media effort funded by CPB—will work with local public media stations to honor veterans in their communities through local content and services designed to help returning veterans translate their military experience to jobs in the civilian workforce. Stations local content and events will be augmented by national programming from PBS, NPR and other content producers that highlights the stories, triumphs and challenges of veterans as they transition back to civilian life. For additional information on local public media efforts around Veterans Day, click here.

PBS LearningMedia will add additional content to the “Soldiers, Veterans & War in American Life” resource collection at the end of October to coincide with the premiere of NAVY SEALS – THEIR UNTOLD STORY.  The new content will feature stories from veterans from across the country and clips from the program for classroom use.  In addition, Georgia Public Broadcasting recently created a PBS LearningMedia collection entitled “Georgia World War II History Project” that chronicles World War II through the personal accounts of men and women from Georgia whose lives were touched by war. The collection includes interviews, photographs, and letters to support lessons in social studies, history and geography.

About PBS Stories of Service
As America’s storyteller, PBS is bringing together multi-platform content and powerful conversations around U.S. military veterans under the banner of Stories of Service. The national programming content features compelling stories of those who have served and provides a deeper understanding of our nation’s military history. Through public television on air and on PBS.org, PBS member stations will create their own local content and provide community resources for returning veterans and their families. The initiative will educate the civilian population about our military history and highlight the contributions from the veteran community. The Stories of Service initiative was announced in May 2014 along with a community engagement campaign for select PBS member stations and their local veterans and funded by the Corporation for Public Broadcasting (CPB), called Veterans Coming Home. The PBS programing under Stories of Service, many with funding support from CPB, includes: in 2014 - COMING BACK WITH WES MOORE (May 13); NATIONAL MEMORIAL DAY CONCERT (May 25); DEATH AND THE CIVIL WAR: AMERICAN EXPERIENCE (May 26); D-DAY 360 (May 27); NOVA “D-Day’s Sunken Secrets” (May 28); MAKERS “Women in War” (October 21); CRAFT IN AMERICA “Service” (November 2); A SALTUTE TO THE TROOPS: IN PERFORMANCE AT THE WHITE HOUSE (November 7); ICE WARRIORS: USA SLED HOCKEY (November 10); in 2015 - LAST DAYS IN VIETNAM: AMERICAN EXPERIENCE (Winter/Spring 2015); HOMEFRONT (Winter/Spring 2015); LA BATALLA (2015); and in 2016 - Ken Burns and Lynn Novick’s VIETNAM (w.t.). 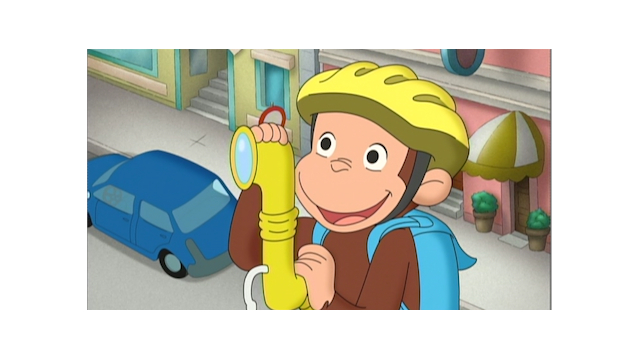