– One Week Remains to Vote for “America’s Best-Loved Novel” –

– Authors, Celebrities and Superfans to Attend Filming of the Grand Finale Episode in New York City –

Since its launch in May 2018, the initiative has sparked a nationwide call to action for viewers to read as many books on the list as possible, vote on their favorite works of fiction, and share their thoughts and opinions on social media as part of a campaign to celebrate books and reading. Many readers have joined the conversation on social media, with a combined following of more than 200,000 book lovers across Facebook, Instagram and Pinterest. THE GREAT AMERICAN READ Facebook Book Club has grown to an actively engaged community of nearly 50,000 bibliophiles, and video content related to the series from PBS Digital Studios and weekly episode streams have generated 5.1 million views across PBS platforms, Facebook and Youtube.

To date, more than 3.8 million votes have been cast in conjunction with THE GREAT AMERICAN READ; voting is open until Thursday, October 18 at 11:59 p.m. PT. Viewers are currently able to vote for their favorite titles each day at pbs.org/greatamericanread, through hashtag voting via Facebook and Twitter, and through SMS texting using the dedicated book hashtag. Viewers may also cast their vote toll-free by phone. All voting methods can be found here.

Heading into the final week of voting, PBS has revealed the current top 10 books in alphabetical order:

“Since the series launched in May, millions of book lovers, superfans and literary advocates from across the country have cast their vote in search of America’s Best Loved Novel,” said Bill Gardner, Vice President of Programming and Development, PBS. “Every title on our top 100 list provides a unique window into our vibrant and diverse national culture, and with a week left until the vote is final, it’s still anyone’s game! So keep reading, voting and sharing your favorites with us.”

“It has been amazing to see how passionate and engaged the American audience has been with THE GREAT AMERICAN READ,” said Jane Root, Nutopia CEO and founder. “The 100 novels selected have a special place in our hearts, as they celebrate our stories and take us to new worlds. Thank you to those who have voted and will continue to do so. I have no idea which book will come out on top, as they are all so special, but we are so excited to find out America’s most loved novel.”

Throughout the voting campaign, several books on the top 100 list have made significant moves upward due to support from passionate fans. Some novels that made the biggest leaps were Atlas Shrugged, which catapulted from number 43 to 20; Foundation, which jumped from 60 to 50 on the list; and Wheel of Time, which started at 77 and currently stands at 61.
Many states’ top 10 lists reflect their regional pride for featured books by authors hailing from those states. For example:

In addition, Puerto Rico voted books by Latin authors or with Latin themes higher than anywhere else, making its top 10 significantly different from the nation’s top picks as a whole. Among its top 5 are Don Quixote, To Kill a Mockingbird, Doña Bárbara, One Hundred Years of Solitude and The Little Prince.

In addition, seven of the current top 10 books were written by female authors, 11 of the top 20 were written by American authors, and there are 201 years dividing the most recently published book and the oldest book in the top-ranking list.

Below are the top lists of novels by popular genres as the vote currently ranks:

As part of the campaign, more than 75 local public television stations in 36 states have held over 150 community engagement activities, including book clubs, author appearances, trivia nights, screening events, book-themed family activities and costume parties, and have partnered with over 200 community organizations to deepen their local ties and spread the word about THE GREAT AMERICAN READ initiative.

Funding for THE GREAT AMERICAN READ is provided by The Anne Ray Foundation and PBS. In addition, the Corporation for Public Broadcasting (CPB) has provided grants, in partnership with PBS, to public media stations across the country to create local content and host screenings and forums to encourage summer reading and participation in the initiative.

Amplifying the on-air and online series content is a fully illustrated companion book, The Great American Read: The Book of Books, which includes information about the 100 novels, author profiles, rare images of original manuscripts and more, plus a foreword by THE GREAT AMERICAN READ host Meredith Vieira, and is currently available for purchase.

Nutopia is a leading television production company creating innovative, award-winning, premium content on a global scale.  Founded in 2008 by Jane Root, former President of Discovery Channel US, Controller of BBC2 and co-founder of Wall to Wall TV, Nutopia created the ‘mega doc’ model, blending huge scale history series and high-profile talent from the worlds of documentary and drama.  In 2017, the company entered in to a creative partnership with Academy Award®-nominated feature film producers Roast Beef.  Nutopia has become synonymous with creating high quality content that stands out from the crowd, working with some of the most prominent global broadcasters including Netflix, CNN, National Geographic, the BBC, PBS and A+E Networks.  Critical successes include the Emmy Award-winning series HOW WE GOT TO NOW; two seasons of ratings smash FINDING JESUS. FAITH. FACT. FORGERY; Emmy Award-winning series AMERICA THE STORY OF US and MANKIND THE STORY OF ALL OF US.  Upcoming projects include THE LAST CZARS and BABIES for Netflix.

PBS, with nearly 350 member stations, offers all Americans the opportunity to explore new ideas and new worlds through television and digital content. Each month, PBS reaches over 90 million people through television and 30 million people online, inviting them to experience the worlds of science, history, nature and public affairs; to hear diverse viewpoints; and to take front row seats to world-class drama and performances. PBS’ broad array of programs has been consistently honored by the industry’s most coveted award competitions. Teachers of children from pre-K through 12th grade turn to PBS for digital content and services that help bring classroom lessons to life. Decades of research confirms that PBS’ premier children’s media service, PBS KIDS, helps children build critical literacy, math and social-emotional skills, enabling them to find success in school and life. Delivered through member stations, PBS KIDS offers high-quality educational content on TV – including a 24/7 channel, online at pbskids.org, via an array of mobile apps and in communities across America. More information about PBS is available at www.pbs.org, one of the leading dot-org websites on the internet, or by following PBS on Twitter, Facebook or through our apps for mobile and connected devices. 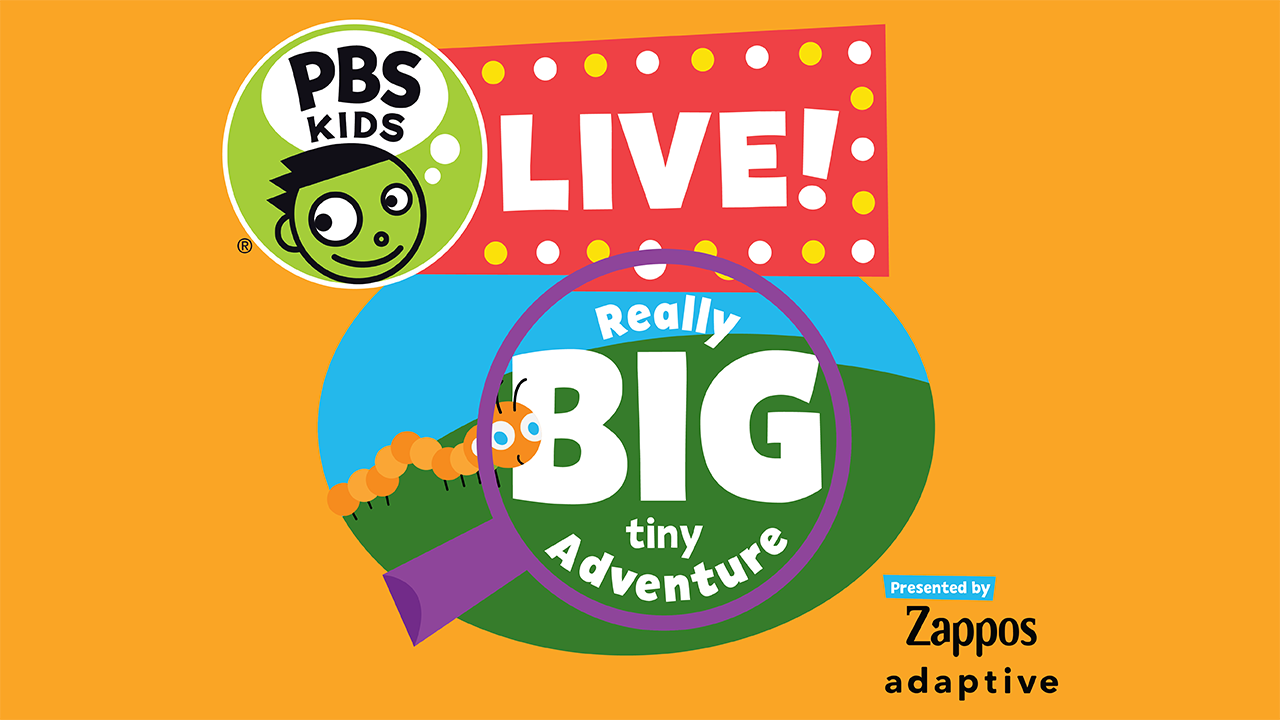 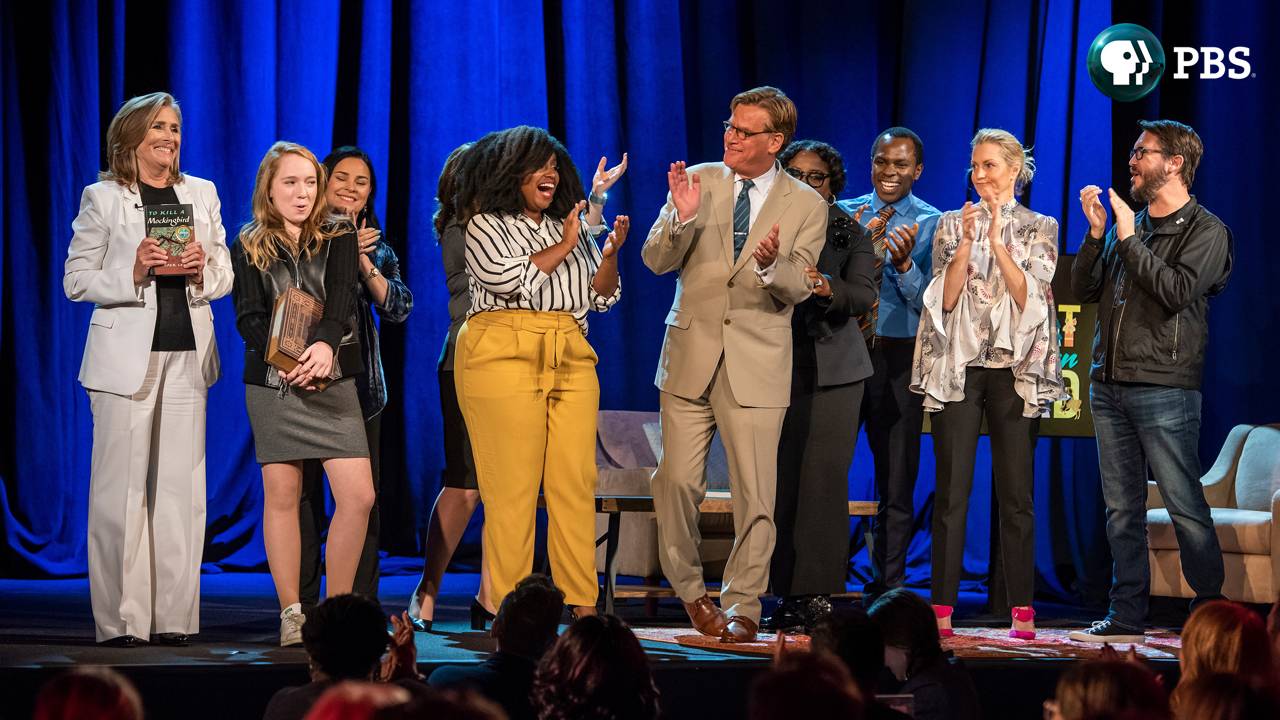