“With a huge library from nearly 360 member stations and 1500 public media producers, PBS is delivering a rich on-demand experience and is now one of the first broadcasters to bring full-length video to the iPhone,” said Jason Seiken, SVP, PBS Interactive, Product Development and Innovation. “There has been increasing demand for our content on other platforms – the PBS video player averages 22 minutes viewing time per program among audiences 18+ and ranks 19th among video sites, with more than 104 million streams. In addition, PBSKIDS.org is the #1 children’s video site in streams and unique users, according to comScore.”

The PBS App for the iPhone and iPod touch features more than 300 hours of free video, including full-length programming from FRONTLINE, PBS Newshour, and others, as well as scheduling details, previews, and a new tune-in reminder calendar that can be synced with iCal. This app was developed by PBS and Bottle Rocket Apps and comes on the heels of the already successful PBS App for iPad.

Based on the popular television series, the Antiques Roadshow App brings out the expert collector and appraiser in every Roadshow fan. Dozens of unique game challenges let players collect and store hundreds of virtual antiques based on images of real objects and actual values. Players appraise and learn about each item’s history and value. Expert players can unlock a free play mode and scoop up extra rare items for their treasure chest.

“Antiques Roadshow remains a huge hit on-air, and local events draw large crowds. The series is part adventure, part history and part treasure hunt, and now the app takes it to another level, allowing players to become antiques dealers-in-training,” said Marsha Bemko, Executive Producer, Antiques Roadshow. “No more waiting in line to get in. We’ve granted VIP access passes to everyone to indulge their inner appraiser.”

The PBS App is available for free from the App Store on iPad, iPhone and iPod touch, or at www.itunes.com/appstore.

The Antiques Roadshow App is available for $2.99 from the App Store on iPad, iPhone and iPod touch, or at www.itunes.com/appstore.

About PBS
PBS, with its nearly 360 member stations, offers all Americans — from every walk of life — the opportunity to explore new ideas and new worlds through television and online content. Each month, PBS reaches 117 million people through television and 20 million people online, inviting them to experience the worlds of science, history, nature and public affairs; to hear diverse viewpoints; and to take front row seats to world-class drama and performances. PBS’ broad array of programs has been consistently honored by the industry’s most coveted award competitions. Teachers of children from pre-K through 12thgrade turn to PBS for digital content and services that help bring classroom lessons to life. PBS’ premier children’s TV programming and its website, pbskids.org, are parents’ and teachers’ most trusted partners in inspiring and nurturing curiosity and love of learning in children. More information about PBS is available at www.pbs.org, one of the leading dot-org websites on the Internet.

About Bottle Rocket Apps
Bottle Rocket Apps (www.bottlerocketapps.com) is a full-service mobile app development firm, focused on creating mission-critical, premium brand experiences on the Apple iPhone and iPad and on Android devices.  The company’s apps have won numerous industry accolades for innovative and user-centered design, and frequently appear at the top of their categories on the iTunes App Store.  The Bottle Rocket team of senior strategists, architects, developers and artists work their magic from the company’s offices in Dallas, Texas. 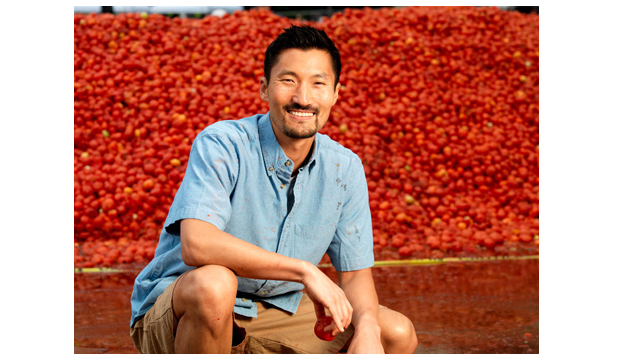