WASHINGTON, Nov. 30, 2011 - Beyond life-saving emergency broadcasts and simple text alerts, a next-generation emergency alert system is now in the works that could have far-reaching public safety benefits – both for first responders who need to access critical information, and for federal and state agencies to instantly reach millions of Americans with a single broadcast. Above all, the new system will benefit the public by giving them instantaneous, reliable, rich media alerts anywhere, anytime.

WGBH Boston, Vegas PBS (KLVX) in Las Vegas, and Alabama Public Television stations WBIQ (Birmingham) and WAIQ (Montgomery) are participating in this innovative project to assess the potential of utilizing an enhanced method of information sharing through existing Mobile Digital TV services that are now being deployed throughout the country.

These public television broadcasters in Massachusetts, Nevada and Alabama have agreed to serve as test markets for the new M-EAS being developed now by PBS and LG Electronics. By using terrestrial "over the air" TV broadcasting, rather than cellular network connectivity, M-EAS is expected to meet critical needs for emergency alerts. The goal of the project is to prove the viability of M-EAS, use existing standards with the cooperation of three public TV stations, and to create a template for deployment by any broadcaster – public or commercial.

"If we're successful, the results of the pilot will help usher in a new era of mobile alerting systems. They will be extremely valuable to federal, state and local emergency management agencies and the publics they serve and will extend the community service role of public and commercial broadcasters alike. We welcome the leadership of PBS stations to serve as the 'test bed' for these rich-media emergency transmissions," said Dr. Jong Kim, president of Zenith R&D Lab, the U.S. research and development subsidiary of LG Electronics.

"With the Mobile EAS service, we'll be able to send everything from AMBER alert photos to detailed maps with escape routes, live video, and extensive information that viewers will find invaluable in a disaster. This goes way beyond just a text message on a congested cell phone network. It's harnessing the power of 'one-to-many' transmissions from a TV broadcaster to the viewing audience," said John McCoskey, PBS Chief Technology Officer. The Mobile EAS project will evaluate system's capabilities for delivering multimedia alerts (utilizing video, audio, text, and graphics) to cellphones, tablets, laptops, netbooks, and in-car navigation systems that avoid the chronic congestion of cellular systems in emergencies. In the spirit of its public service mission, public television is leading the way in testing the use of this critical new communication platform.

McCoskey said a key goal of the M-EAS project is to develop "a system that can be easily replicated by both public and commercial broadcasters throughout the country, and give access to vital emergency information to millions of viewers – regardless of the type of mobile device that they're using to tune our channels.  Whether utilized in times of national emergency, to warn of a local fast-approaching storm, or to advise the public of missing children, we believe that the new Mobile DTV system can be harnessed to do far more than just the delivery of linear TV channels," he said.

Utilizing terrestrial "over the air" broadcast TV transmissions, rather than spotty cell phone systems, the M-EAS requires no additional spectrum and will be an additional use of existing TV transmitters and towers. Standard equipment used to upgrade stations for transmission of Mobile DTV signals will be utilized. Mobile EAS using Mobile DTV could significantly enhance current capabilities for sending emergency alerts, because it does not have bandwidth bottlenecks that might overload current or planned cellular systems with millions of devices attempting to receive the alerts simultaneously.

The Mobile EAS pilot will use existing standards for implementation, including the digital TV standard and the A/153 Mobile DTV standard (both adopted by the Advanced Television Systems Committee) as well as the international Common Alerting Protocol (CAP) that specifies how messages are structured.

The project will evaluate a number of factors relevant to providing any next-generation emergency system, including feasibility, technologies, implementation costs, cost-sharing possibilities, the ease of using such a system compared to other technologies, acceptance by both the general public and emergency messaging managers, and expectations of future needs and system growth.

The current Emergency Alert System (EAS) is a national public warning system that requires broadcasters, cable systems, and satellite operators to provide communications capabilities to the President to address the American public during a national emergency. It has its roots in the early days of the Cold War. And since the 9/11 attacks, federal agencies have upgraded the nation's communications capability to respond to man-made and natural disasters.

PBS has identified key partners to support the landmark pilot project, including LG Electronics Inc. and its U.S. R&D subsidiary, Zenith, which will develop handheld mobile DTV devices to receive the new alerts and will provide funding for the project. Harris Broadcast and Roundbox also are providing key components and technology for the project. The Corporation for Public Broadcasting is providing matching grants to local public television stations for Mobile DTV broadcasting equipment and grant funding to assist PBS participation in this project.

About PBS
PBS, with its nearly 360 member stations, offers all Americans the opportunity to explore new ideas and new worlds through television and online content. Each month, PBS reaches 124 million people through television and 20 million people online, inviting them to experience the worlds of science, history, nature and public affairs; to hear diverse viewpoints; and to take front row seats to world-class drama and performances. PBS' broad array of programs has been consistently honored by the industry's most coveted award competitions. More information about PBS is available at pbs.org, one of the leading dot-org websites on the Internet, or by following PBS on Twitter, Facebook or through our apps for mobile devices. Specific program information and updates for press are available at pbs.org/pressroom or by following PBSPressroom on Twitter. 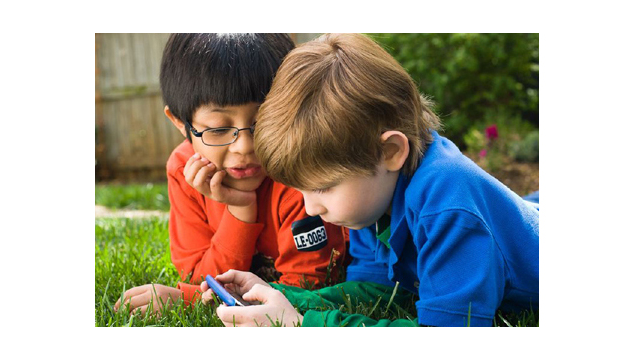 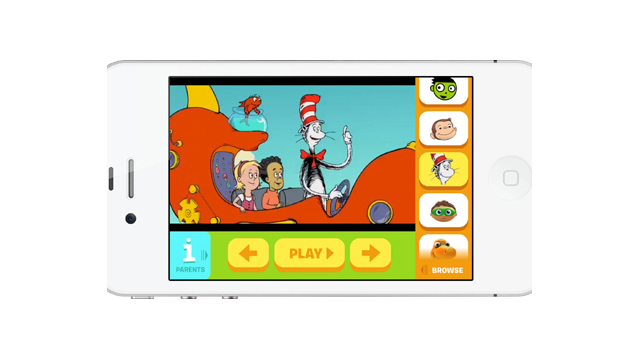