ARLINGTON, VA; January 27, 2014 -- PBS and WGBH announced today that the January 5 premiere of “Downton Abbey, Season 4” on MASTERPIECE had an average audience of 15.5 million viewers, further solidifying the episode as the highest-rated drama premiere in PBS history. (Nielsen Live+7 data, 9.7 household rating.) This marks a 52 percent growth in audience compared to the 10.2 million average audience first reported in the Nielsen Fast National data.

The fourth season premiere of the Emmy®-, Golden Globe®-and SAG Award®-winning series, a Carnival Films/MASTERPIECE co-production, improved upon the average audience of the premiere episode of Season 3 by 39 percent.

“‘Downton Abbey’ has certainly made Sunday nights on PBS stations a destination for drama. We are glad that even more viewers are enjoying this beautifully written and produced series,” said PBS President and CEO Paula Kerger. “Congratulations to MASTERPIECE, Carnival Films and Julian Fellowes, and thanks to viewers of local PBS member stations.”

“‘Downton Abbey’ has earned a spot in the top 10 most-watched PBS programs of all time,” said MASTERPIECE executive producer Rebecca Eaton. “How gratifying that this should occur for MASTERPIECE in the series’ 44th year. Thank you to all who made this happen.”

Gareth Neame, executive producer of “Downton Abbey,” adds, “I’m thrilled that the new season of ‘Downton’ has achieved such a high rating, building substantially on the previous season, and proving that our show continues to grow significantly in the United States. I am delighted for all our actors, producers and crew who work tirelessly to bring ‘Downton’ to audiences throughout the world, and of course for PBS for broadcasting a show with such a big impact.”

“Downton Abbey, Season 4” is available for free streaming on PBS station websites, the PBS Video Portal and PBS’ apps on Xbox, Roku and Apple TV for a limited time after each national broadcast.

“Downton Abbey” is a co-production of Carnival Films and MASTERPIECE. Carnival Films is a division of NBCUniversal International Television Production.

About MASTERPIECE
MASTERPIECE is presented on PBS by WGBH Boston. Rebecca Eaton is Executive Producer for MASTERPIECE. Funding for the series is provided by Viking Cruises and Ralph Lauren Corporation with additional support from public television viewers and contributors to The MASTERPIECE Trust, created to help ensure the series’ future.

About Carnival Films
Carnival Films is a division of NBCUniversal International Television Production and the UK’s largest drama specialist, responsible for global TV sensation Downton Abbey, winner of two Golden Globes and ten Primetime Emmy Awards, and the most nominated non-US show in the history of the Emmys with a total of 39 nominations. Founded in 1978, Carnival has produced over 500 hours of popular drama including acclaimed mini-series Traffik, Dracula, Poirot, The Hollow Crown, David Hare’s political thriller Page Eight, BAFTA award winning Any Human Heart, Whitechapel and Hotel Babylon. Downton Abbey is executive produced by Carnival’s Managing Director, Gareth Neame. In 2011, Carnival was recognized as Best UK Production Company at the Bulldog Awards and named Best Production Company at the 2012 Broadcast Awards.

About WGBH
WGBH Boston is America’s preeminent public broadcaster and the largest producer of PBS content for TV and the Web, including Masterpiece, Antiques Roadshow, Frontline, Nova, American Experience, Arthur, Curious George, and more than a dozen other prime-time, lifestyle, and children’s series. WGBH also is a leader in educational multimedia, including PBS LearningMedia, and a pioneer in technologies and services that make media accessible to the 36 million Americans who are deaf, hard of hearing, blind, or visually impaired. WGBH has been recognized with hundreds of honors: Emmys, Peabodys, duPont-Columbia Awards…even two Oscars. Find more information at www.wgbh.org. 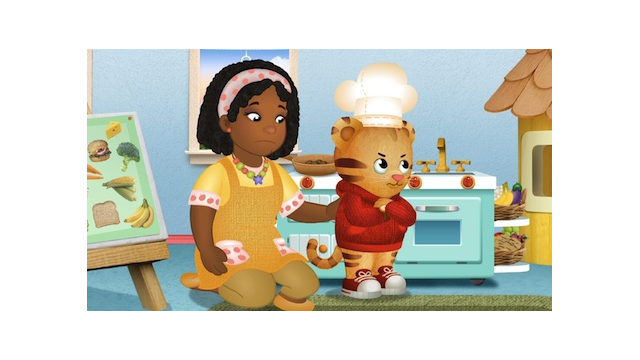