Sixth Season of DOWNTON ABBEY to Air on MASTERPIECE on PBS

Boston, MA—November 6, 2014— DOWNTON ABBEY, the Emmy® and Golden Globe® award-winning drama that has become an international hit, will return to MASTERPIECE on PBS for a sixth season.

A Carnival Films/MASTERPIECE co-production, Downton Abbey, Season 5 completes its run in the UK on Sunday, November 9th. Season 5 will premiere on MASTERPIECE on PBS on Sunday, January 4, 2015.

MASTERPIECE Executive Producer Rebecca Eaton says, “Good news! Just as our audience settles in for the beloved Crawley family drama, we can announce that Season 6 will arrive a year later. How lucky can you get?”

The sixth season will go into production in 2015 and will be written by Julian Fellowes.

Carnival’s Managing Director Gareth Neame, Executive Producer of Downton Abbey, said, “We have had an amazing reaction to the story lines, acting and production values of Downton Abbey this year and the whole team is thrilled to be moving ahead with a new season of the show. This will provide audiences with a fresh opportunity to see what will befall our much loved characters.”

Viewership and social media stats have soared since Downton Abbey launched in January 2011. Season 4 drew an average audience of 13.2 million viewers, making it the top PBS drama of all time and one of the highest-rated dramas now on American television.

“At its heart, television is about storytelling, and Downton Abbey is certainly storytelling at its finest. Downton Abbey and the Crawley family have kept us on the edge of our seats as they navigate through some of the biggest moments of the 20th century,” said Paula Kerger, PBS President and CEO. “Along with our member stations, PBS can’t wait to share the next season of Downton drama with our audiences.”

Downton Abbey is a Carnival Films/MASTERPIECE Co-Production written and created by Julian Fellowes. The series is Executive Produced by Gareth Neame, Julian Fellowes, Liz Trubridge, and Nigel Marchant. Rebecca Eaton is the Executive Producer for MASTERPIECE. MASTERPIECE is presented on PBS by WGBH Boston. Funding for the series is provided by Viking River Cruises and Ralph Lauren Corporation with additional support from public television viewers and contributors to The MASTERPIECE Trust.

About MASTERPIECE
MASTERPIECE is presented on PBS by WGBH Boston. Rebecca Eaton is Executive Producer. Funding for the series is provided by Viking River Cruises and Ralph Lauren Corporation with additional support from public television viewers and contributors to The MASTERPIECE Trust, created to help ensure the series’ future.

About Carnival Films
Carnival Films is a division of NBC Universal International TV Production and is the UK's largest drama specialist. The company is responsible for the global TV sensation Downton Abbey, winner of two Golden Globes® and ten Primetime Emmy® awards, including Best Mini-series. It is the most nominated non-US show in the history of the Emmys® with a total of 51 nominations and is now in 250 territories worldwide. Among numerous national and international awards, the show has even garnered a Guinness World Record for highest critical ratings for a TV show. Downton Abbey is executive produced by Carnival's Managing Director Gareth Neame, who sold the production company to NBCU in 2008.

Founded in 1978, Carnival has produced many hundreds of hours of popular drama both in the UK and US, including primetime series such as Poirot, Hotel Babylon, Whitechapel, Jeeves & Wooster, Rosemary & Thyme, As If, Dracula and The Philanthropist. As well as award-winning mini-series such as C4's iconic Traffik, David Hare's Worricker Trilogy (Page Eight, Turks & Caicos and Salting the Battlefield), The 7:39 by David Nicholls, William Boyd's BAFTA award winning Best Serial Any Human Heart, The Old Curiosity Shop and Enid starring Helena Bonham-Carter.

Peter Morgan's Lost Honour of Christopher Jefferies will broadcast in 2014 and Carnival's latest series The Last Kingdom is in production for BBC2 and BBC America. Carnival co-produced Royal Television Society award winning drama The Hollow Crown, a screen version of Shakespeare's history plays (with Neal Street productions) and the sequel The War of the Roses is currently in production, starring Benedict Cumberbatch and Judi Dench.

Carnival was recognized as best production company at the 2011 Bulldog Awards and 2012 Broadcast Awards.

About WGBH
WGBH Boston is America's preeminent public broadcaster and the largest producer of PBS content for TV and the Web, including Masterpiece, Antiques Roadshow, Frontline, Nova, American Experience, Arthur, Curious George, and more than a dozen other primetime, lifestyle, and children's series. WGBH also is a leader in educational multimedia, including PBS LearningMedia, and a pioneer in technologies and services that make media accessible to the 36 million Americans who are deaf, hard of hearing, blind, or visually impaired. WGBH has been recognized with hundreds of honors: Emmys, Peabodys, duPont-Columbia Awards...even two Oscars. Find more information at www.wgbh.org.

For photos and other materials: pressroom.pbs.org 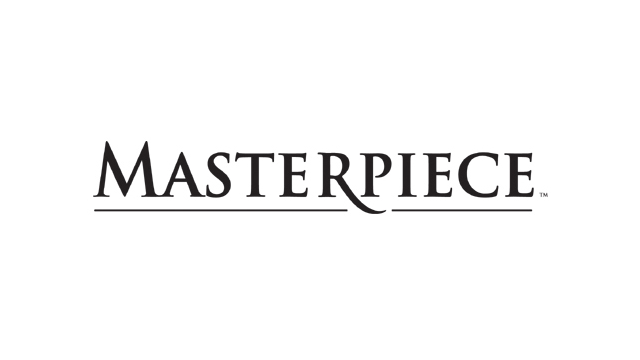