Sunday nights continue to grow for PBS stations with Sunday average primetime household ratings up 30 percent since the 2012-2013 season. A strong lineup of British dramas continues throughout the spring, including the premieres of CALL THE MIDWIFE (Season 3), MASTERPIECE “Mr. Selfridge, Season 2” on March 30 and THE BLETCHLEY CIRCLE (Season 2) on April 13.

“The pairing of ‘Downton Abbey’ and ‘Sherlock’ was a winning blueprint this year, helping both series reach record audiences on PBS member stations,” said Beth Hoppe, Chief Programming Executive and General Manager, General Audience Programming, PBS. “British drama lovers have even more to look forward to this spring with new seasons of fan-favorite series returning to their local stations.”

“The success of ‘Downton Abbey’ and ‘Sherlock’ proves again that superb storytelling and first-class acting are an unbeatable combination. If this is indeed a Golden Age of television, we’re proud to be right in the middle of it, ” said MASTERPIECE executive producer Rebecca Eaton. “Congratulations to our partners at Carnival Films and Hartswood Films on the extraordinary results for these programs.”

The fourth season of “Downton Abbey, ” a Carnival Films/MASTERPIECE co-production, is now the highest-rated drama in PBS history, outperforming the drama’s record-breaking third season for the top spot. Per Nielsen, the eight-week season earned an average national household rating of 8.5 — up from Season 3’s 7.7 national household rating — and 26 million viewers tuned in over the course of the season.

According to Social Guide Intelligence, on Sunday nights across its run, “Downton” generated more than 280,000 tweets and more than 35.6 million impressions while facing stiff social media competition, including the Golden Globes, the Olympics and Super Bowl XLVIII.

Gareth Neame, executive producer of “Downton Abbey,” said: “We are thrilled that American audiences continue to be entertained by the Crawley family and their servants. We’re incredibly proud that our British show is one of the highest rated shows in the U.S., with ratings growing across the first four seasons, and delighted for our friends at MASTERPIECE and PBS that the show has garnered such an impressive result for them.”

Numbers for “Sherlock” were dynamic across its third season, with an average audience dramatically higher than the PBS average audience in the 10:00-11:30 p.m. timeslot. The third season of the drama, a Hartswood Films Production for BBC/Cymru Wales co-produced with MASTERPIECE and distributed by BBC Worldwide, improved upon the second season in all areas, notably in its 4.1 national household rating, which was a 46 percent increase from a 2.8 rating for Season 2. The average audience improved 50 percent to 6.6 million, and the 13.5 million total viewers reached increased 26 percent from 10.7 million in 2012.

“Watching ‘Sherlock’ become such a huge worldwide hit has been a fantastic and exciting experience for us at Hartswood Films,” said executive producer Sue Vertue. “The success of the series in the US has consolidated its global reach and we are delighted to have received such support on this journey from PBS and MASTERPIECE. We’re thrilled to be part of a US phenomenon.”

While PBS member stations remain the strong first place for series viewing, there were 11.1 million streams of full episodes of “Downton Abbey, Season 4” and 3.3 million streams of full episodes of “Sherlock, Season 3” across desktop, mobile and PBS apps on Roku, XBox and Apple TV. Online viewers are increasingly consuming content on PBS mobile apps and over-the-top devices, which accounted for almost half (46%) of the total streams for each program. The MASTERPIECE website also saw increased traffic during “Downton Abbey” and “Sherlock” broadcasts, with more than 10.1 million unique visitors making 22.2 million visits to the site in January and February (Source: Google Analytics).

About MASTERPIECE
MASTERPIECE is presented on PBS by WGBH Boston. Rebecca Eaton is Executive Producer for MASTERPIECE. Funding for the series is provided by Viking Cruises and Ralph Lauren Corporation with additional support from public television viewers and contributors to The MASTERPIECE Trust, created to help ensure the series’ future.

About Carnival Films
Carnival Films is a division of NBCUniversal International Television Production and the UK’s largest drama specialist, responsible for global TV sensation Downton Abbey, winner of two Golden Globes and ten Primetime Emmy Awards, and the most nominated non-US show in the history of the Emmys with a total of 39 nominations. Founded in 1978, Carnival has produced over 500 hours of popular drama including acclaimed mini-series Traffik, Dracula, Poirot, The Hollow Crown, David Hare’s political thriller Page Eight, BAFTA award winning Any Human Heart, Whitechapel and Hotel Babylon. Downton Abbey is executive produced by Carnival’s Managing Director, Gareth Neame. In 2011, Carnival was recognized as Best UK Production Company at the Bulldog Awards and named Best Production Company at the 2012 Broadcast Awards.

About Hartswood Films
With an award-winning portfolio of drama and comedy, Hartswood Films prides itself on being a truly independent production company. Founded by Beryl Vertue in the 1980s, she was subsequently joined by Sue Vertue and Elaine Cameron as Producers, and Debbie Vertue as Director of Operations. The company’s award-winning dramas include “Sherlock” and “Jekyll” for BBC1, and “The Guilty” for ITV1. Outstanding comedy including Simon Nye’s multi-award-winning “Men Behaving Badly,” Steven Moffat’s “Coupling” for BBC2 and more recently “Me and Mrs Jones” for BBC1 and “Edge Of Heaven” for ITV1. In 2010 Hartswood opened Hartswood West, a dedicated Nations and Regions office operating from Cardiff.

About WGBH
WGBH Boston is America’s preeminent public broadcaster and the largest producer of PBS content for TV and the Web, including Masterpiece, Antiques Roadshow, Frontline, Nova, American Experience, Arthur, Curious George, and more than a dozen other prime-time, lifestyle, and children’s series. WGBH also is a leader in educational multimedia, including PBS LearningMedia, and a pioneer in technologies and services that make media accessible to deaf, hard of hearing, blind, and visually impaired audiences. WGBH has been recognized with hundreds of honors: Emmys, Peabodys, duPont-Columbia Awards, and Oscars. Find more information at www.wgbh.org. 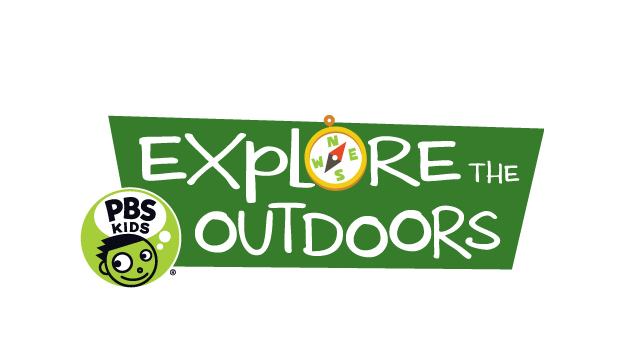