Barr, who will decide how to disclose the report to the public, wrote in a letter dated March 22 that Mueller submitted his report to the Justice Department on Friday. The report explained “the prosecution or declination decisions” he has reached. Barr said he plans on reviewing the report and said that he could advise congressional lawmakers on its “principal conclusions” as early as this weekend.

“I intend to consult with Deputy Attorney General Rosenstein and Special Counsel Mueller to determine what other information from the report can be released to Congress and the public consistent with the law,” Barr wrote, adding that he was “committed to as much transparency as possible.” 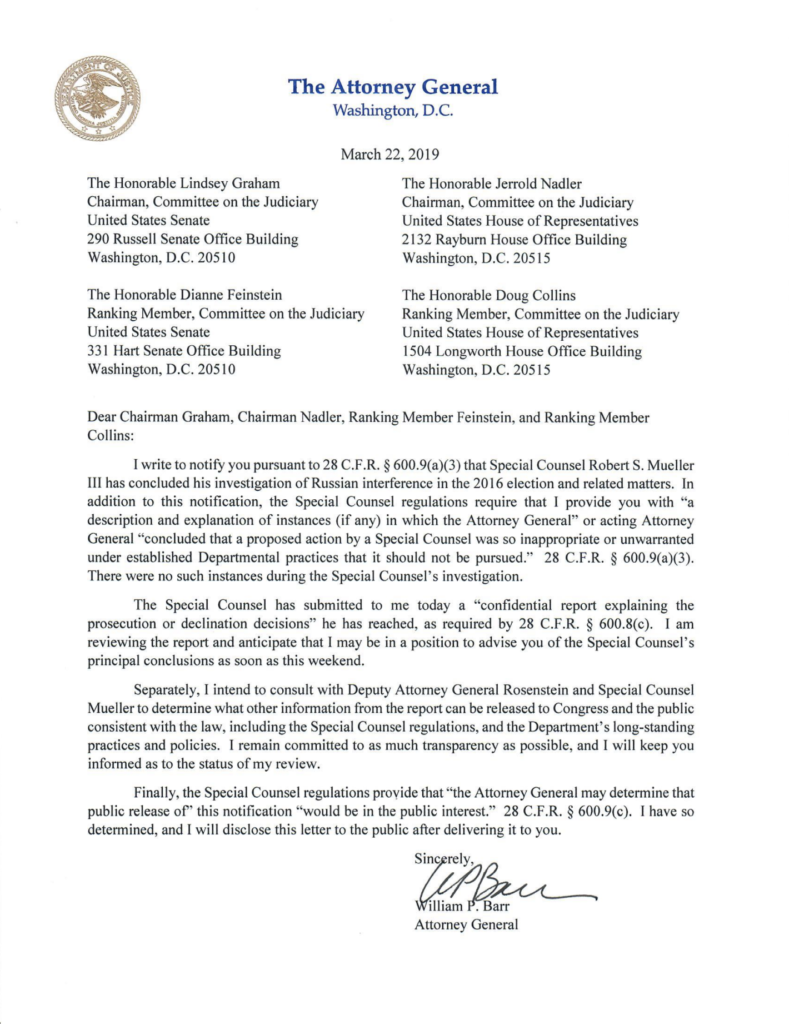 Left: William Barr listens to a question as he testifies at the U.S. Senate Judiciary Committee confirmation hearing on his nomination to be attorney general of the United States on Capitol Hill in Washington, D.C. Photo by Kevin Lamarque/Reuters

After indictment, pressure on Stone is ‘significant,’ says former prosecutor