Could Congress force the Mueller report to be made public?

The arrival of special counsel Robert Mueller’s report Friday ended one guessing game in Washington and around the country (when will it drop?), but it immediately prompted a pressing new question: After waiting nearly two years, how much of the actual report, if any, will lawmakers and the public be allowed to see?

The answer is largely up to Attorney General William Barr, who, under the regulations governing special counsel investigations, has the final say on how to handle the report on Russia’s role in the 2016 presidential election and potential ties to President Donald Trump’s campaign.

But in making his decision, Barr is bound by federal laws that limit how certain material from federal investigations can be shared. In particular, one section of the Federal Rules of Criminal Procedure — known in legal circles by its number, 6e — prohibits, with few exceptions, the public release of information obtained through grand jury testimony. The rule is intended to keep information classified in federal criminal investigations, and protect the privacy of an individual or entity that has not been charged with a crime.

“Barr doesn’t have the power to say, ‘We’re turning grand jury information over [to the House of Representatives] for the purposes of an impeachment or anything else,’” said Stephen Bates, a legal expert at the University of Nevada, Las Vegas, who worked on the independent counsel investigation into former President Bill Clinton.

READ MORE: Will Barr make the Mueller report public? Here’s what he told senators months ago

If a legal battle over the report erupts between Democrats and Trump, Bates added, “this could be the real hindrance — this rule of grand jury secrecy.”

Of course, not all of the findings in the report will be based on grand jury testimony. Information that was obtained outside of the grand jury process, including through interviews that Mueller’s team conducted with witnesses like Michael Cohen, President Donald Trump’s former attorney, would not be sealed and could be released, several attorneys and former prosecutors said. In total, Mueller indicted 34 people, including more than two dozen Russians, and three Russian companies.

Barr is bound by federal laws that limit how certain material from federal investigations can be shared.

But the special counsel investigation centered, at least in the public eye, on the grand jury indictment of Russian officials, companies and several senior members of the Trump campaign, including Cohen, onetime campaign chairman Paul Manafort, campaign adviser Rick Gates, and Michael Flynn, who went on to serve briefly as national security adviser, among others. That suggests that some of Mueller’s findings may be subject to the privacy protections under the 6e section, as well as other internal Justice Department guidelines for releasing information on federal investigations.

Barr pointed to those guidelines Friday in a letter to the top Democrats and Republicans on the House and Senate Judiciary committees. In the letter, the attorney general announced that the special counsel had finished the investigation and submitted a report.

“I am reviewing the report and anticipate that I may be in a position to advise you of the Special Counsel’s principal conclusions as soon as this weekend,” Barr wrote.

Barr also said he would speak with Mueller and Rod Rosenstein, the deputy attorney general, to “determine what other information from the report can be released to Congress and the public consistent with the law, including the Special Counsel regulations, and the Department’s long-standing practices and policies.”

Those guidelines include Justice Department memos barring the indictment of a sitting president. In submitting his report Friday, Mueller reportedly did not recommend any new indictments. If Mueller did not find that Trump was involved in criminal wrongdoing, any grand jury material about him that may be in the report could be protected from public release. 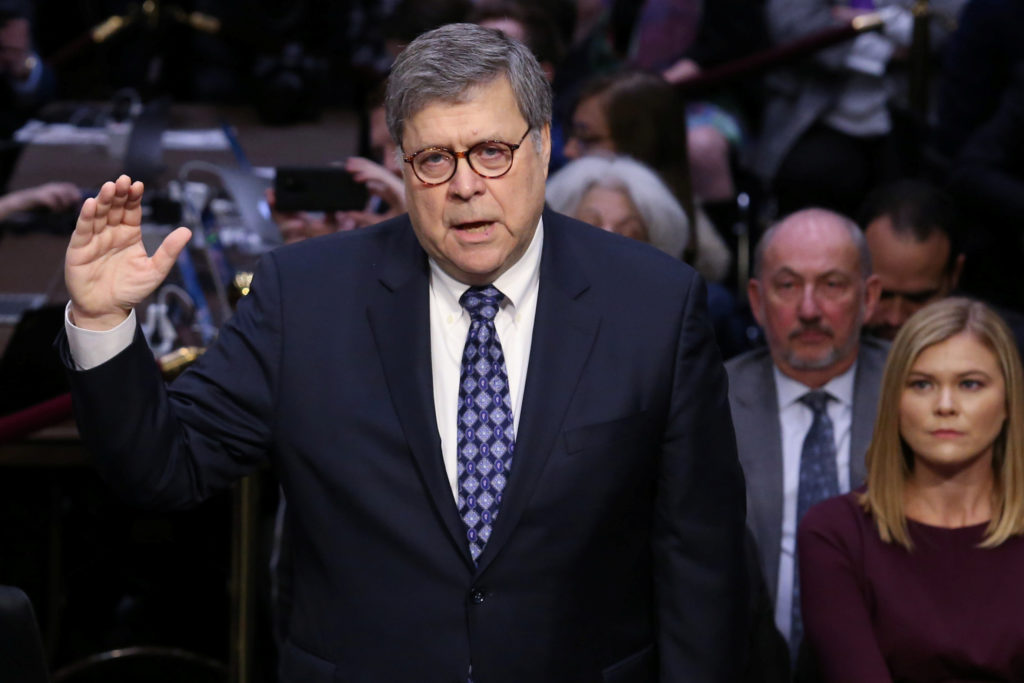 At his Senate confirmation hearing for attorney general in January, William Barr said he would make as much of the final special counsel report public as possible. Photo by REUTERS/Jonathan Ernst/Pool

The special counsel regulations only require Barr to send Congress a summary of the report, not the report itself. At his Senate confirmation hearing in January, Barr pledged to make as much of the final report public as possible. “My goal will be to provide as much transparency as I can consistent with the law,” Barr said at the time.

Now that he has the report, the attorney general could choose to include unsealed information in the summary, or send Congress a redacted version of the full report, with the grand jury material blacked out.

That approach would spark a backlash from Democrats, who rushed to put out statements Friday urging Barr to release the entire report.

“Now that Special Counsel Mueller has submitted his report to the Attorney General, it is imperative for Mr. Barr to make the full report public and provide its underlying documentation and findings to Congress,” House Speaker Nancy Pelosi, D-Calif., and Senate Minority Leader Chuck Schumer, D-N.Y., said in a joint statement. They added: “The American people have a right to the truth. The watchword is transparency.”

Senate Majority Leader Mitch McConnell, R-Ky., released a statement saying, “the Attorney General has said he intends to provide as much information as possible. As I have said previously, I sincerely hope he will do so as soon as he can, and with as much openness and transparency as possible.”

How will Congress respond?

If Democrats in Congress are unsatisfied with Barr’s summary, or whatever other information he provides from the report, they have a limited number of options to try and force the attorney general’s hand.

The House could potentially pass legislation requiring the report be made public, along the lines of the non-binding resolution the chamber approved last week. But it’s unclear that such a proposal would pass in the Republican-controlled Senate — the House resolution was blocked there by Sen. Lindsey Graham, R-S.C. — or that Trump would sign it.

Trump said this week that he wanted the report to be made public, but he has also spent close to two years calling the investigation a “witch hunt” and a “hoax,” part of a strategy along with administration officials and allies to discredit the special counsel’s work.

“The next steps are up to Attorney General Barr, and we look forward to the process taking its course. The White House has not received or been briefed on the Special Counsel’s report,” White House press secretary Sarah Huckabee Sanders said in a tweet Friday.

With legislative action a likely non-starter, Democrats would have to resort to taking some sort of legal action to try and obtain the report, whether by subpoenaing Barr or filing a lawsuit.

When asked if subpoenaing Barr was under consideration, a senior House Democratic aide said in an interview with the PBS NewsHour before the report was submitted that all options were on the table, and nothing had been ruled out.

But some attorneys were skeptical that the tactic would work.

“I don’t care if they subpoena it, or they sue,” said Solomon Wisenberg, an attorney who served as Ken Starr’s deputy in the independent counsel investigation in the 1990s. “Without a court order, they won’t get anything with sexy material in it.” 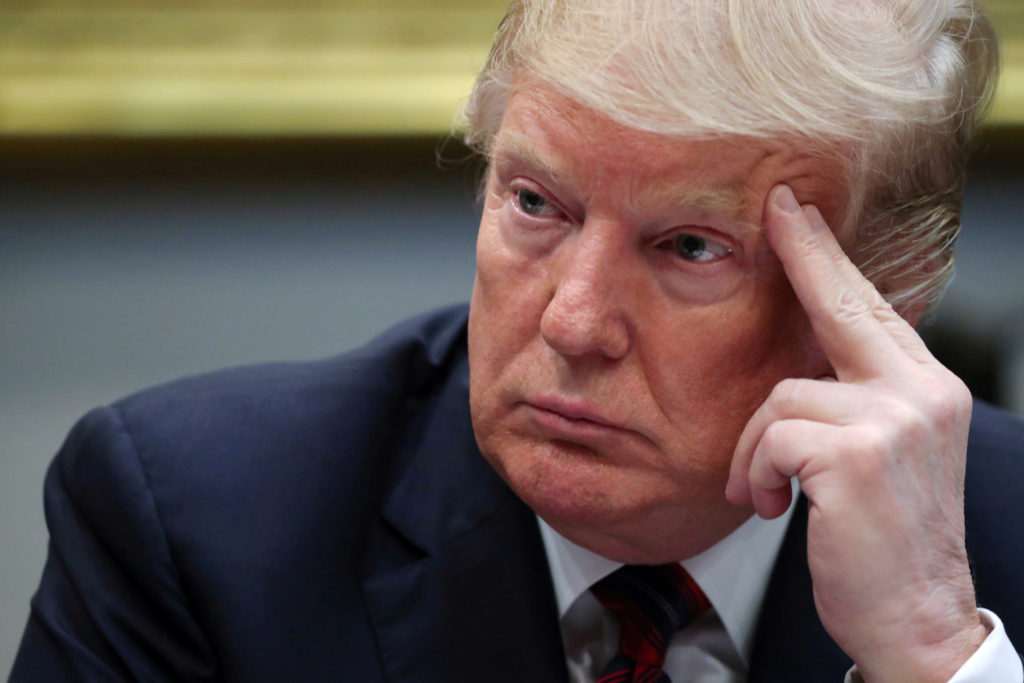 A judge could potentially order the public release of redacted or classified portions of the report that contained grand jury material, Wisenberg said. “Is it theoretically conceivable that a judge could say, ‘I think the public requires this?’ Yes. But it’s just not going to happen,” he said.

Others gave Congress higher odds of finding a way to get a court order unsealing grand jury information in the Mueller report. “It’s possible Congress could create a bypass for 6e,” Bates said, referring to grand jury material, but “it’s unchartered territory. There’s going to be a lot of places where pretty good arguments can be made on both sides.”

A request to unseal classified or protected information in the report would likely be considered by the same federal judge who presided over Mueller’s grand jury, several attorneys said, but Barr could file a protective order to try to block the request.

‘Without a court order, they won’t get anything with sexy material in it.’

The Justice Department could also choose not to respond to a congressional subpoena by invoking executive privilege, said Kimberly Wehle, a law professor at the University of Baltimore.

Barr could argue that “Congress can’t oversee criminal investigations, because that opens the door for criminal investigations to be political witch hunts,” Wehle said. Such an argument would spark a broader legal battle over separation of powers, she added, and present a significant test for congressional Democrats in their showdown with Trump.

“We’re in a fight to the death for the viability of the Congress as an institution,” Wehle said. “The checks and balances system, whether anyone is above the law, the whole fulcrum of our democratic process is hinging on Barr as we speak. He’s not elected and he’s picked by the person who’s being investigated.”

Before the report was released, a spokesperson for the Department of Justice declined to comment on how Barr would respond if he was subpoenaed by Congress.

Democrats could try to make an end run around Barr by subpoenaing Mueller himself, but under the special counsel regulations it’s possible that the attorney general could block Mueller from complying, said Mark Tuohey, a former assistant U.S. attorney. “It’s not that simple that the special counsel is subpoenaed and appears on Capitol Hill. It may well be the attorney general would decide whether that subpoena would be honored,” Tuohey said.

Larry Robbins, a former federal prosecutor, said he did not think Mueller, who kept a low profile while running a remarkably leak-free investigation, would seek the spotlight once the probe is over and the focus shifts to Congress and the fight between Trump and House Democrats.

“I don’t think he would want to find himself in a televised or even closed hearing on Capitol Hill describing what’s in the report,” Robbins said.