In a Senate resolution released Monday evening and updated Tuesday, McConnell laid out the structure for the trial’s opening phase, with votes on witnesses deferred until next week.

The resolution would permit Trump’s lawyers to move early on to acquit the president and sets up a vote next week on calling witnesses such as former national security adviser John Bolton. 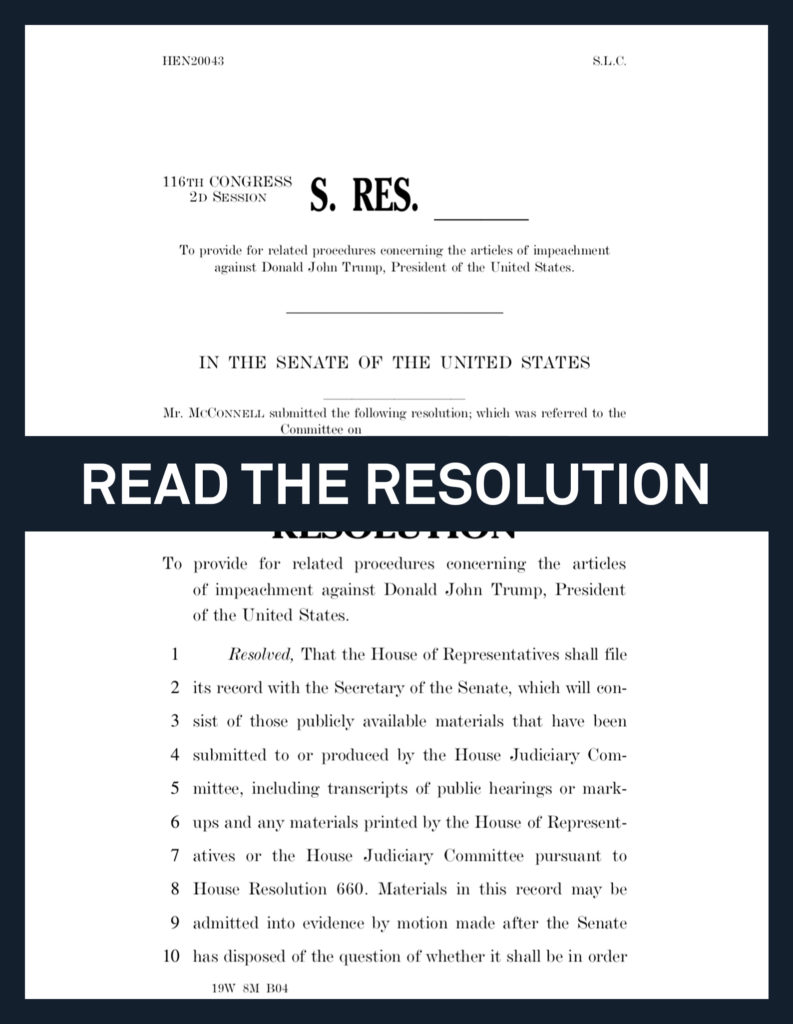 Nevada Democrats getting their say in picking 2020 nominee