House lawmakers have made public the transcript of the Trump administration’s former Russia adviser, Fiona Hill’s testimony in the impeachment probe.

This week, Democrats released several transcripts of interviews they conducted as part of the impeachment inquiry. The documents are being made public ahead of open hearings that are set to begin next week. 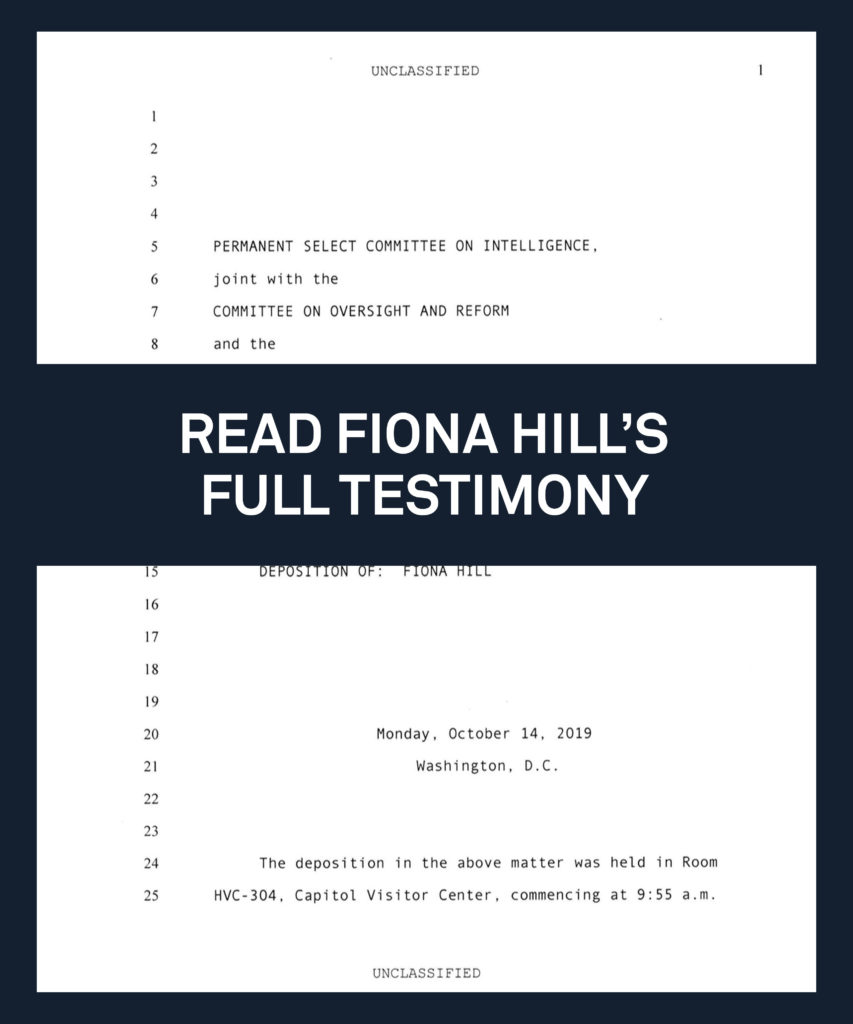