WATCH: Sen. Mitch McConnell says the next president needs to unite the country

Senate Majority Leader Mitch McConnell was re-elected by his home state of Kentucky on Tuesday night, as Republicans fight to hold onto the their slim majority in the Senate.

Watch the senator’s remarks in the player above.

McConnell spoke in Louisville, saying that the people of his state were looking for “proven leadership” as he won his seventh term.

He said the next president will need to unite the country, despite the different ideas that Americans bring to the table.

The 78-year-old McConnell defeated Democrat Amy McGrath, a retired Marine combat pilot who challenged him as a political outsider. McConnell is the longest-serving Republican leader in Senate history. 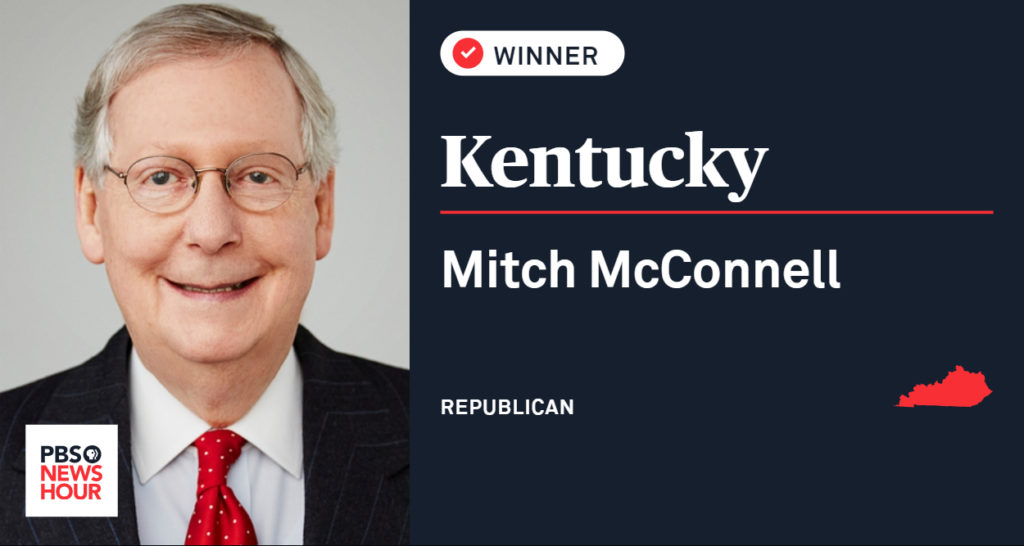 As President Donald Trump’s top ally on Capitol Hill, McConnell led efforts to defend the president during his impeachment acquittal in the Senate. He also worked with Trump on a tax overhaul and orchestrated Senate confirmation of more than 200 judicial appointments, including Amy Coney Barrett to the Supreme Court.