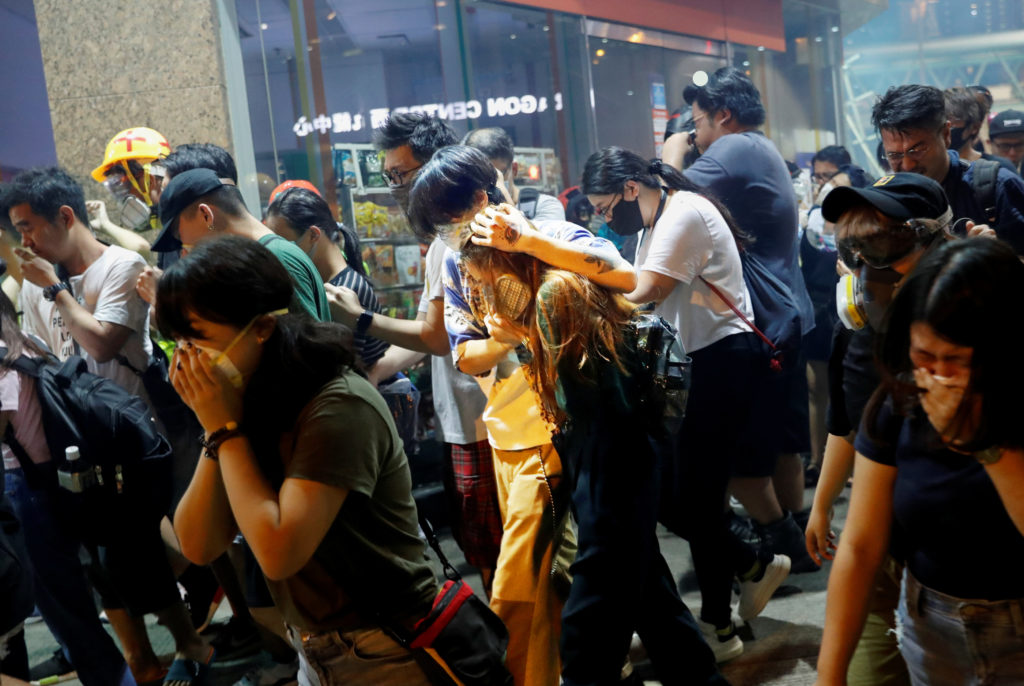 Although Hong Kong's airport is back up and running, the city’s political unrest is far from settled. Local police and the Chinese government both condemned protesters Wednesday, saying they had “crossed the line” and would be prosecuted accordingly. Beijing also blamed the U.S. for the pro-democracy demonstrations, as President Trump tried to maintain neutral ground. Amna Nawaz reports.