See how Idi Amin used military force to seize power and build a dictatorship in Uganda.

See how Idi Amin used lessons learned in the colonial British army to build a powerful dictatorship in Uganda. Through a combination of populist charm and brutal violence, he ruled for eight years–until his strategic blunders brought him down.

From humble beginnings, Idi Amin built a powerful dictatorship in Uganda. He was expert at deploying military force to achieve political power, a lesson he first learned from the British as a soldier in the colonial army. Through a combination of populist charm and brutal violence, backed up by a vast police state, he ruled Uganda for eight years—until his strategic blunders brought him down.

Amin was perhaps most notorious for his violence and brutality. As dictator, he used his secret police to transform Uganda into a police state. In the first year alone, an estimated 10,000 ppeople were murdered by the regime. Countless others were imprisoned and tortured.

Yet Amin also worked to secure the support of his people. He traveled the country on a charm offensive during his first year as dictator—and later, expelled Uganda’s Asian community, who ran many businesses. While the move was popular with working class Ugandans, it had devastating consequences. As the economy declined dramatically, Amin’s support began to falter—the beginning of the end for Uganda’s dictator.

The brutality of Amin’s regime often overshadows the day-to-day experiences of ordinary Ugandans. For many, life under his regime was full of contradictions. That’s certainly how it was for women. Amin championed himself as a defender of women’s rights, and made a show of placing women in high-profile government positions. But behind the rhetoric, he exploited traditional ideas about how women “should” behave—a way to further control the population. He famously outlawed miniskirts in 1972, casting fashion-following women as ‘immoral’ and subjecting them to public humiliation and assault. This discouraged speaking up against Amin’s policies, while encouraging women to police each other.

See how Idi Amin used military force to achieve power and build a dictatorship in Uganda. 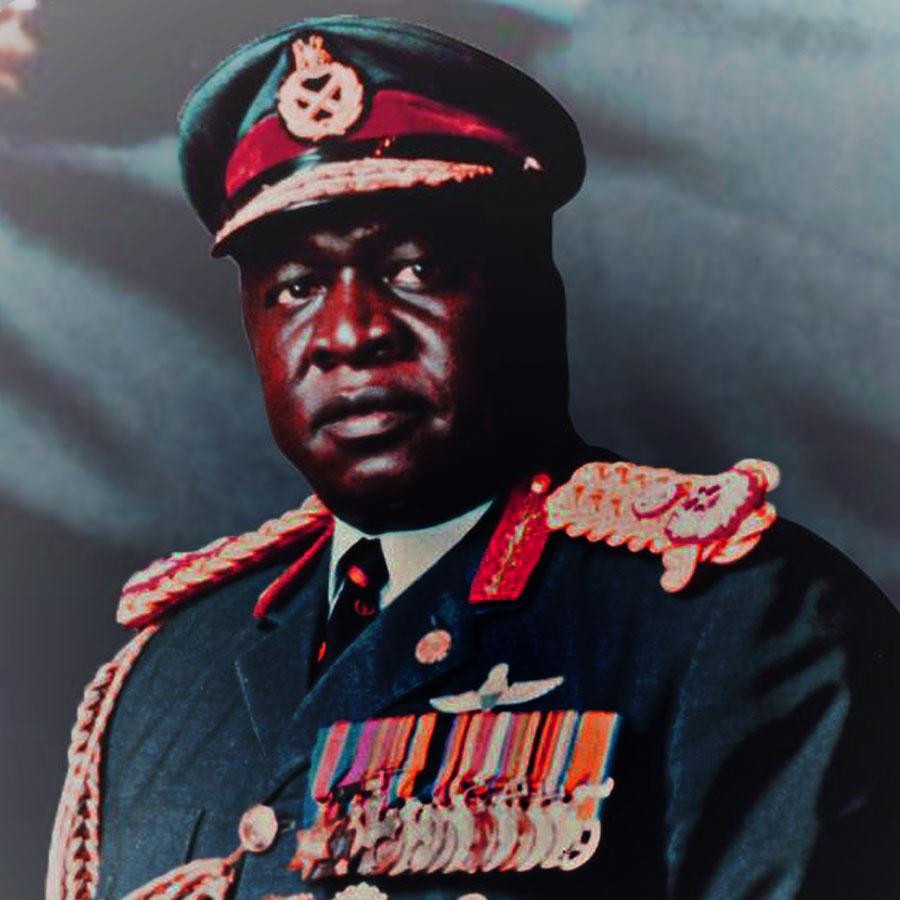 Foden, Giles. The Last King of Scotland. 1998 Faber and Faber.

Rice, Andrew. The Teeth May Smile, But the Heart Does Not Forget. 2009 Henry Holt and Company, LLC.