FRONTLINE released more than 20 new documentaries in 2021. Below are our top 10 most-streamed.

It has been another tumultuous year for America and the world.

Over the past 12 months, FRONTLINE has kept pace, releasing more than 20 new documentaries probing some of the most critical issues of our times.

We’ve investigated far-right extremist violence and threats to democracy at home and abroad, including attempts to undermine the American presidential election. We’ve chronicled the still-unfolding coronavirus pandemic, concerns about the U.S. economy and the Taliban’s takeover in Afghanistan amid the U.S. withdrawal. We’ve told the story of a journalist fighting for press freedom in the Philippines who has since become a Nobel Peace Prize winner.

And that’s just to name a few.

As the year draws to a close, we’ve collected the 10 new-in-2021 FRONTLINE documentaries that, as of press time, had earned the most streams this year on all PBS platforms (browser video players and the PBS Video App) and our YouTube channel combined. Streaming numbers were combined for two-part documentaries.

Read on to discover which films made the list — and which documentary was voted the fan favorite of the year by our YouTube audience. All 10 of this year’s most-streamed films are available to watch on demand below, as well as on the PBS Video App and on YouTube. And for even more journalism from FRONTLINE, explore our online collection of more than 300 streaming documentaries.

A dangerous ideology, resurgent. This June 2021 documentary, in collaboration with the WNET Group’s Exploring Hate initiative, investigated the rise of far-right extremism and violence in Germany, decades after the Holocaust. It traced how extremists have infiltrated security services and have carried out terror plots and attacks on Jews, migrants and politicians  — and it explored what authorities have and haven’t done to confront the problem.

More to explore: Learn about Germany’s laws on hate speech, Nazi propaganda and Holocaust denial. Plus, read what filmmaker Evan Williams found while working on the documentary.

Twenty years after the Sept. 11 attacks, an epic re-examination of the decisions that changed the world and transformed the U.S. across four presidencies. From the wars in Afghanistan and Iraq to the Jan. 6 insurrection at home, this two-hour documentary that premiered in September 2021 exposed the complex legacy of 9/11 and the ongoing challenges it poses for the U.S. president and the nation.

More to explore: To produce the film, FRONTLINE conducted more than two dozen original interviews and drew on our archive of hundreds more interviews from 20 years of covering 9/11 and its aftermath. Explore 35 of these interviews in video or text, as a part of FRONTLINE’s ongoing Transparency Project. Plus: Listen to a conversation with filmmaker Michael Kirk on The FRONTLINE Dispatch podcast.

An in-depth look at how crisis and tragedy prepared Joe Biden to become America’s 46th president. In this January 2021 film that aired the night before the inauguration, those who know Biden best — as well as his chroniclers and his critics — took viewers through the moments and crises that have shaped his approach to life and to governing.

More to explore: Listen to a conversation with filmmaker Michael Kirk on The FRONTLINE Dispatch that set the scene as the Biden administration began — amid fallout from the Capitol insurrection, President Trump’s false claims of a stolen election and the COVID-19 death toll reaching new heights. And explore the interviews that went into the making of the film via our FRONTLINE Transparency Project.

How did far-right extremist groups evolve in the wake of the deadly 2017 Charlottesville rally — and what threat did they pose in 2021? In the aftermath of the Jan. 6 assault on the U.S. Capitol, FRONTLINE, ProPublica and Berkeley Journalism’s Investigative Reporting Program teamed up for this feature-length April 2021 documentary, building on years of FRONTLINE’s reporting with ProPublica on the rise of violent extremism in America.

More to explore: Delve into a timeline of domestic extremism in the U.S. from Charlottesville to Jan. 6; read more reporting on the Boogaloo Bois and others present at the Capitol riot and in the U.S. armed forces; and listen to a conversation with ProPublica reporter and FRONTLINE correspondent A.C. Thompson about why law enforcement was so easily overpowered.

6. The Virus That Shook the World

From lockdowns to funerals to protests, the epic story of how people around the world navigated the first year of the coronavirus pandemic. Filmed across the globe and using extensive personal video and local footage, this two-part special from April 2021 documented how people and countries responded to COVID-19 across cultures, races, faiths and privilege.

More to explore: See how COVID-19 has impacted people around the world in their own words in a mini interactive and read a conversation with an immunologist whose team was the first to sequence the COVID-19 genome in Brazil.

How Donald Trump stoked division, violence and insurrection, from his first days as president to his last. This January 2021 film, which aired just three weeks after the Capitol insurrection, investigated Trump’s siege on his enemies, the media and even the leaders of his own party, who for years ignored the warning signs of what was to come.

More to explore: Production of Trump’s American Carnage began after a mob stormed the U.S. Capitol on Jan. 6, 2021. To help tell the story of the politics that led up to that moment, FRONTLINE conducted 12 original interviews and drew on scores of archival interviews from the last five years. From FRONTLINE’s Transparency Project, explore expanded versions of the interviews that appear in the film.

Before she was named a recipient of the 2021 Nobel Peace Prize, journalist Maria Ressa was the subject of this feature-length film examining Philippine President Rodrigo Duterte’s escalating crackdown on the press. The documentary, which premiered at the Sundance Film Festival in January 2020 and had its U.S. broadcast premiere with FRONTLINE in January 2021, provided a powerful look at the implications for democracy when press freedom is threatened and disinformation flourishes on social media, with a focus on Ressa’s efforts to “hold the line.”

More to explore: Listen to a conversation on The FRONTLINE Dispatch with Ressa and filmmaker Ramona S. Diaz, recorded days before the 2021 Nobel Peace Prize ceremony.

What did the airplane maker Boeing know about the potential for disaster with its 737 Max passenger jet, and when did the company know it? This September 2021 documentary from FRONTLINE and The New York Times investigated the lead-up to the two 737 Max plane crashes in 2018 and 2019 that killed 346 people — detailing commercial pressures, flawed design, failed oversight and the human toll.

More to explore: Hear filmmaker Tom Jennings and New York Times reporter David Gelles discuss how the flawed 737 Max made it into the air in The FRONTLINE Dispatch. Plus, read about what has happened to Boeing since the crashes, as well as developments in court and in the Senate.

When COVID-19 struck, the U.S. Federal Reserve stepped in to avert economic crisis, deploying a strategy it debuted after the 2008 crash and pumping billions of dollars into the financial system daily. Amid concerns about inflation and economic inequality, this July 2021 documentary in collaboration with The WNET Group’s Chasing the Dream initiative investigated who has benefited from the actions of the country’s central bank and at what cost.

More to explore: Listen to filmmaker James Jacoby and financial journalist Dion Rabouin, who was featured in the documentary, discuss the Federal Reserve’s big experiment in The FRONTLINE Dispatch. Plus, read five things you might not know about Fed chair Jerome Powell and an explainer on the Federal Reserve Board, as well as continued reporting on the Fed’s monetary and ethics policy changes and what its latest moves could mean for inflation.

The untold story of the beginning of the coronavirus pandemic and how China responded. In this feature-length documentary from February 2021, Chinese scientists, doctors and health workers — as well as international disease experts and health officials — revealed missed opportunities to suppress the outbreak and lessons for the world.

More to explore: Peruse a timeline of China’s response in the first days of COVID-19 and read about a Chinese disinformation campaign to discredit U.S. vaccine efforts. 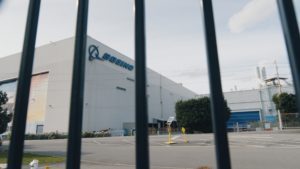