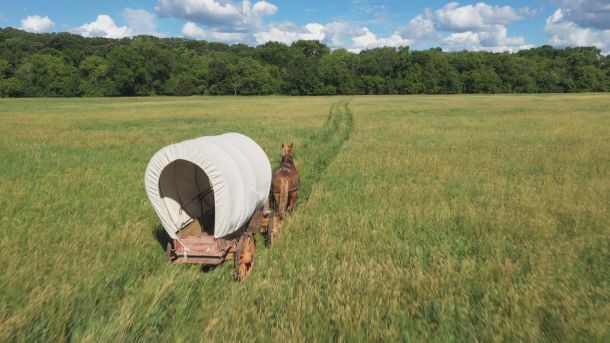 From “Pop! Goes the Weasel” on Laura’s birthday in “Little House on the Big Woods” to the final chapter of “These Happy Golden Years” (a title which itself is taken from a song), the pages of Laura Ingalls Wilder’s “Little House” books are filled with the music of America. Through “days of sunshine and shadow,” the songs Charles Ingalls played on his fiddle sustain the family through good times and bad. Wilder herself said, “We could never have gotten through all our trials without Pa’s fiddle.” 127 songs are mentioned in the “Little House” books. This playlist presents many of them, as well as a few traditional (and offbeat) renditions of David Rose’s unforgettable theme to the iconic “Little House on the Prairie” television series. Now get out the way, Old Dan Tucker!