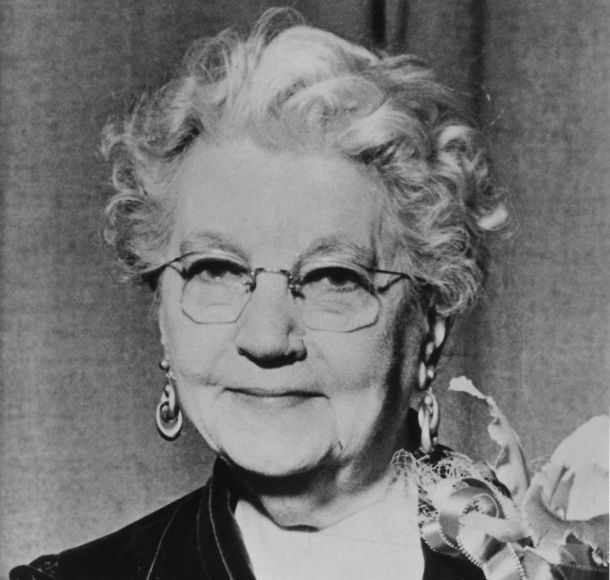 When the Ingalls family first began traversing the grassy frontier of America in their covered wagon — bouncing from Kansas to the Dakotas and Wisconsin and back, they had no idea that their stories would go on to become the stuff of folklore — woven in the very fabric of the modern American imagination, and forever memorialized in a series of books for children.

The author of these stories, Laura Ingalls Wilder, based the bestselling “Little House” series on her childhood and the simple joys and upheavals of the pioneer life alongside her family: Pa, Ma, her sisters and Jack the dog. But despite the author’s insistence that the books were purely biographical, the truth behind the stories was much more complex. The details and dealings of the characters did not always match up with reality. To help understand who the real Laura Ingalls Wilder was, we’ve compiled these sometimes lesser-known facts about the real life of this pioneering author.

Wilder was in her 40s when she first began writing for small farming publications in the rural town of Mansfield, Missouri where she and her husband, Almanzo, lived at the time. She didn’t begin writing her first novel, “Pioneer Girl,” until she was in her 60s, with the help and encouragement of her daughter, Rose Wilder Lane, who was already a successful author. With the Great Depression in full swing, however, the novel, which documented the harsh realities of life on the frontier, was not met with enthusiasm by publishers, who one by one rejected the novel. But Rose never gave up, and set about adapting her mother’s novel into stories for children – stories which would eventually form the basis of the “Little House” series. The first book in that series, “Little House in the Big Woods,” was published in 1932 when Wilder was 65.

2) Her first book was published 84 years after she wrote it.

Wilder’s very first novel may have been turned down numerous times when it was first presented to publishers in 1931, but the original manuscript of “Pioneer Girl” was preserved and posthumously published in 2014 — some 84 years after it was written. The annotated autobiography for adult audiences quickly climbed to the top of bestseller lists around the country, following the successes of Wilder’s other novels that were all sprung from this very first memoir.

3) She refused to say “obey” in her wedding vows.

In the last book of the series, “These Happy Golden Years,” Laura recounted the time she told Almanzo (known affectionately to her as Manly) that she would not utter the word “obey” when it came time to say their wedding vows. “I cannot make a promise that I will not keep,” she told Almanzo, and “even if I tried, I do not think I could obey anybody against my better judgement.” He simply replied: “I’d never expect you to.”

“Almanzo was perfectly competent and a strong, hard worker. But he was willing to defer to his wife,” said biographer William Anderson. “They had a unique partnership in their marriage before most marriages were organized in that fashion. Before Almanzo made any purchases or changes on the farm, they consulted together. And if he would do something rash without asking her, she made it known that she really didn’t care for that.

4) The couple faced many hardships early on that traumatized their only child.

The couple also fell on many hard times over the course of their long marriage — some of which were documented in the book, “The First Four Years.” The family survived natural disasters, crop failures, the loss of a son, severe cases of diphtheria that left Almanzo with limited use of his legs, and a house fire that burned everything they owned. When they eventually settled in Mansfield, the pair struggled to make ends meet, with each having to take on second and third jobs. Laura raised chickens and took in boarders  while her husband worked in the apple orchard and delivered kerosene. Their daughter Rose also chipped in by picking and selling huckleberries.

Rose later wrote about the trauma of her upbringing in a 1926 article for Cosmopolitan, saying: “No one knew what went on in my mind. Because I loved my parents I would not let them suspect that I was suffering. I concealed from them how much I felt their poverty, their struggles and disappointments. These filled my life, magnified like horrors in a dream.”

5) She was distantly related to President Franklin Delano Roosevelt.

They were fifth cousins, one time removed, to be exact. But Laura Ingalls Wilder couldn’t stand FDR and was extremely critical of him and his efforts to push forward the “New Deal” — a series of reforms, projects, and programs designed to help Americans recover financially from the Great Depression.

“Politically, she’s writing at a time when FDR is in the White House and is apparently never leaving, and she doesn’t like him very much at all,” said Sarah Miller, author of “Caroline: Little House Revisited.”

“Laura thought that everybody was starting to whine in response to the New Deal. She just couldn’t stand it. It made her sick,” said Christine Woodside, author of “Libertarians on the Prairie.”

6) She found an unlikely audience in Japan.

The sixth book in the “Little House” series became the first book that was approved for translation and publication in Japan during the American occupation at the end of World War II. General Douglas MacArthur, the Supreme Commander for the Allied Powers (SCAP), granted permission for “The Long Winter” to be published under the title “Nagai Fuyu” in 1949. The books recounting tales of pioneer life — of hardships and rugged individualism and finding joy in simplicity — really resonated with audiences in Japan where they quickly gained widespread popularity.

7) Her name was removed from a children’s literature award in 2018.

While the “Little House” books remain in print and are still popular today, the series has also received its fair share of criticism because of its racist and dehumanizing portrayals of Native and Black Americans — a reflection of attitudes shared among many white settlers during the time the books were written. Some of the more egregious lines in the books were later amended by publishers, but certain racist images and statements remain in newer printed versions. The controversy caused the American Library Association to rename its Laura Ingalls Wilder Lifetime Achievement Award to “The Children’s Literature Legacy Award” in 2018, and has prompted scholars and authors to call for the books to be taught to children within the proper context.

The “Little House” series has become so iconic over the years that it has prompted several spin-off novels, various musicals, radio plays, a Japanese anime series, parades, fashion shows, festivals, and recreations, including the annual Wilder Pageant. Reruns of the iconic “Little House on the Prairie” TV show that first appeared on screens in the US in the ’70s and ’80s are still aired in over 30 countries today. In December 2020, Paramount Television and Anonymous Content announced a one-hour dramatic reboot of that TV series. The books were so beloved that the Wilder even had a historic highway that runs across Minnesota and South Dakota and a crater on Venus named after her.