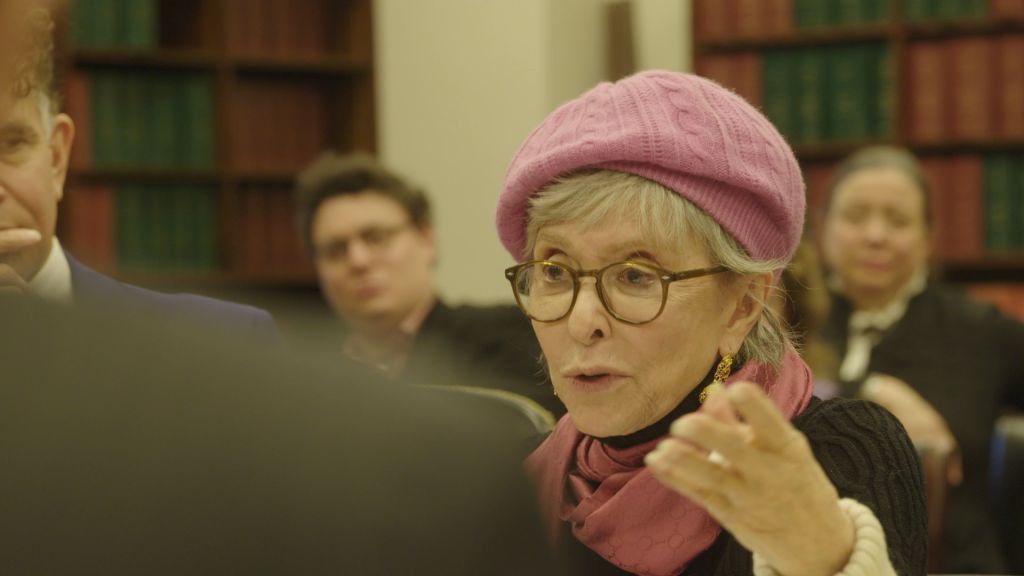 When award-winning actress Rita Moreno first saw herself on screen, she was disappointed. “It’s just that I had these funny notions of how you’re supposed to look when you’re in the movies,” she said, comparing her Puerto Rican self to people like Elizabeth Taylor. “Guess what? I didn’t look like her.”

Moreno would go on to have a 70-plus-year career and counting, inspiring countless numbers of Latine actors along the way. As the first Latina to win an Emmy, Grammy, Oscar, and Tony Award in her lifetime, Moreno’s path to stardom is captivating.

1. Be as truthful as possible

Brent Miller, producer on One Day at a Time, which Moreno stars in, recognized the impact of her story and approached her about starring in her own documentary. “He said, you’re fascinating, you’ve seen so much change in your lifetime,” Moreno recalled. Although hesitant at first, Moreno eventually agreed and both Norman Lear and Lin-Manuel Miranda came on board as executive producers of Rita Moreno: Just a Girl Who Decided to Go For It. When searching for a director for the documentary, Moreno knew she ideally wanted a Hispanic woman at the helm, and she was most impressed with Mariem Pérez Riera’s vision. “She uses these beautiful, animated paper dolls to represent me as a child,” said Moreno. “These darling paper dolls appear throughout the film, not just in the scenes about my childhood, and they are layered with meaning.” Pérez Riera being Puerto Rican was an added bonus.

In the film, Moreno surprised herself with her willingness to share personal information. But she promised herself to be as truthful as possible, “otherwise, what’s the point?”

“This is not just the story of Rita Moreno, the actress,” said Pérez Riera. “It’s the story of every woman trying to assert herself in a world ruled by men.”

2. Make the best of things

In addition to footage of her today, the documentary also includes archival footage of Moreno in her past roles and appearances. One of her favorite experiences in her career was working on Singin’ in the Rain. “I was thrilled to be in a Gene Kelly movie because I’d worshipped him all of my life,” she said.

Moreno played Zelda Zanders, a small role, but one that was significant for her. Zelda was a “glamorous movie star” and a non-ethnic character, a rarity for the actress at a time when studios would typically offer her stereotypical ethnic roles like the “island girl.” “It meant the world to me that Gene envisioned me in this fantastic little role and could see beyond my ethnicity and appreciate my talent,” said Moreno.

Ten years after her appearance in Singin’ in the Rain, Moreno won the Oscar for her role in West Side Story. She was honored to be the first Latina to win an Academy Award, but she continued to face racism in the industry as studios continued to offer her roles in gang movies and she was unable to book other roles.

“I wanted to turn the parts down, but what happened is that’s all that was offered and I had to make a living. So I was kind of stuck and I just made the best of it.”

In making the best of it, Rita was able to transform the part of Anita in West Side Story. Film historian Frances Negrón-Muntaner said, “She takes that role that’s limited to begin with and  in overcoming the limitations of the role and demonstrating the power of a Puerto Rican woman’s performance, she challenges the stereotype.”

3. Rejection doesn’t mean you don’t have what it takes

Realizing that was she was being ignored by Hollywood because of her nationality was “horribly depressing.” But she continued to work and believe in herself, and stressed the importance of perseverance.

“There will be rejection – this is a difficult, often heartbreaking business – but it doesn’t mean you don’t have what it takes,” she advised. “It just means it’s not your time yet.”

Moreno loved that West Side Story inspired a new generation of Hispanic performers years later. Working on Steven Spielberg’s remake, meeting the new Anita played by Ariana DeBose and watching the dancers perform the choreography, was an emotional and uplifting experience for her.

What would Moreno tell herself in a love letter?

“I would say, ‘Good for you, girl! You achieved much of what you needed and wanted,’” she replied. “Notice how I didn’t say I achieved everything I set out to do? I’m not done yet!”