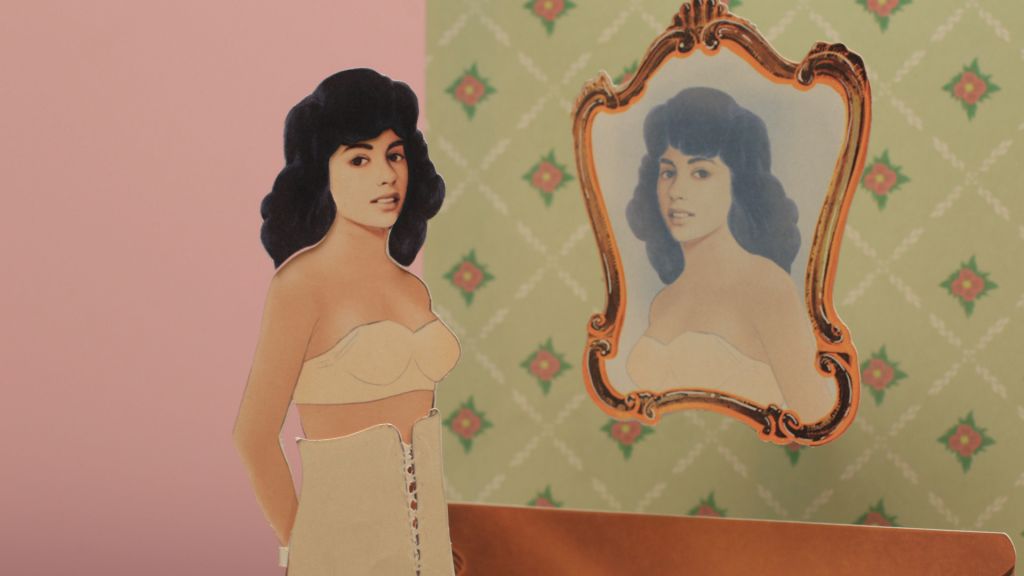 The first time I interviewed Rita Moreno, I had prepared a series of questions about the biggest moments of her career. As soon as she started speaking, I immediately saw myself reflected in her answers. It was as though I was speaking to a therapist who understood exactly what I was had been through. I related to all she was saying: her stories about discrimination, the insecurities she felt because of the way others perceived her, her complicated love relationships, and the constant need to work three times harder to prove to others that she is worthy. It was at that moment when I realized that this movie was not just a biographical documentary of Rita’s life, but a story about all the women who feel alone in the struggle to assert themselves in a world ruled by men.

While listening to her stories I constantly questioned the American Dream: To what extent are we willing to pay the price? 50 years ago, Rita lived through hardships and experiences that unfortunately many women continue to endure, including me. So I decided to change the documentary to focus on the courage, changes, highs and lows of a courageous immigrant woman of color trying to overcome discrimination, hatred, and humiliation. A woman who when speaking about herself, speaks to and for a lot of us.

My goal with this documentary is to show what an amazing inspiration Rita is to all of us. In order to do this, it was important for me to capture Rita’s vulnerable and fragile side when she’s off-stage or off-guard. This became my biggest challenge. I wanted the audience to identify with her; I wanted to have the opportunity to see Rita from another perspective, an intimate one.

This is why one of the aesthetic decisions of the documentary was to follow Rita in a verité camera style – to see her in her daily life, without makeup, in pajamas. We would arrive at her home at Berkeley, CA, early in the morning to capture her preparing her breakfast, or driving to the set in Los Angeles, doing her own hair and makeup, or setting out decorations for her own birthday party.

To me, a biographical documentary should do more than tell important events in chronological order, it should move you emotionally, and make you feel like you actually know the subject. That is why I made other aesthetic choices that reveal the essence of who Rita is.

The decision behind every location for all the interviews was highly important to me, as I wanted the space, the environment, and the ambiance to capture her soul. I chose “vintage” spaces where Rita’s friends and colleagues could be interviewed. These spaces speak of the golden age of Hollywood cinema, which began when Rita was born, and continued during her formative years. The decorations, the colors of the furniture, and the warm light for example, should resemble Rita’s taste in some way. They were not far away from a space she would decorate herself. The aesthetics that we use in these locations indirectly make you understand more about who Rita is.

Another aspect I wanted to explore was the one of the inner child that lives in all of us and also in Rita. To reflect this, I decided to use stop motion animation with paper dolls. These dolls were very popular back in her childhood and reflect Rita as a little girl who has been molded through clothing to “pretend” to be what the outside world wants her to be. She was accustomed to act like a doll that has no expression and accepted everything that is put on her.

Music also plays a key role in this documentary. Music is everything. It creates the mood; it marks the rhythm and makes us travel in time and space. I chose jazz to be the basis (and composer Kathryn Bostic did an excellent job!) of the soundtrack, not only because it is one of Rita’s favorite genres, but it also represents the New York City of that era.

Additionally, the incidental music, has many meanings, and I am very grateful to have included my ‘wish list songs’: “Ella Fue” (She Was The One) by Fania All Stars (An all-immigrant band founded in NYC in 1968), and “Lamento Borincano” by Rafael Hernandez, a song that talks about the Puerto Rican migration. And also “Puro Teatro” and “Fever” by La Lupe, a woman contemporary with Rita, who also rose to fame and suffered many of the same circumstances Rita did in New York City. All these songs relate directly and indirectly to Rita’s story.

During the final steps of the editing process while looking for a song to end the documentary, “I Wish I Knew How It Would Feel To Be Free” as performed by Nina Simone came to mind. This song, that at the time of its creation became a hymn of the Civil Rights movement, resonates to me like a hymn to Rita’s life. One could ask, how much would she have accomplished if she didn’t have all the limitations thrown at her because of her race and her gender?

“I wish you could know what it means to be me,

And though I’m way overdue, I’d be starting anew”

These lyrics take on another meaning when we hear them at the end of this documentary. We listen to the voice of Nina Simone who is sharing her pain of wishing she was free, and at the same time it can easily be the song of Rita’s life. It helps us understand what it feels to be her, to be an immigrant woman in the face of a white patriarchal world. Rita has finally liberated herself from all those chains that were holding her. She has finally expressed how it feels to be her and now in her late 80’s she is finally being able to be herself; flying through her greatest self. Rita’s voice becomes the voice of every woman, especially of every immigrant Latinx in the USA.