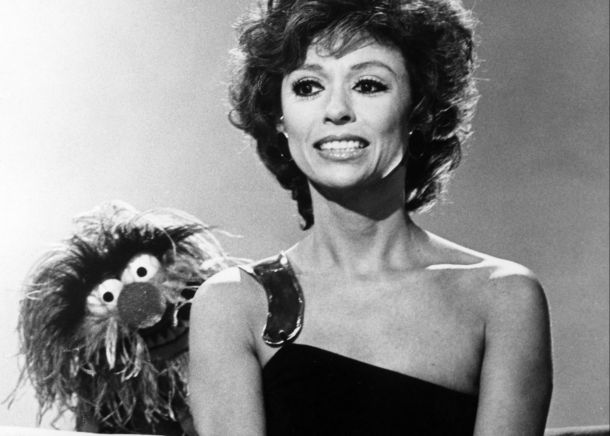 Well-known for her Oscar-winning portrayal of Anita in “West Side Story” (1961), Rita Moreno had her “big break” in the golden-age musical “Singin’ in the Rain.” Alongside Gene Kelly and Debbie Reynolds in the starring roles, Moreno played glamorous “Zelda Zanders” the “Zip Girl” – an exciting departure from the ethnic stereotypes in which she had been continually typecast.

On landing the role Moreno said:

“I thought, ‘Okay, I’m not going to have to do those parts anymore.’ I was so thrilled . . . Of course it would happen with Gene Kelly ’cause he was a smart man, all that B.S. It all went back to the dusky maiden roles.”

Throughout her career, Moreno struggled with sexism and racism in Hollywood. Despite her promising role in “Singin’ in The Rain,” 20th Century Fox then cast her as Tuptim, a Burmese Concubine in “The King and I.”

Starring Deborah Kerr and Yul Brynner, “The King and I” was a critical and commercial success, but the film was a frustrating experience for Moreno. On discussing the role with Yul Brynner, she recalls;

“He called me up one day on the phone. He said, ‘This is Yul Brynner. . .You know, your part is very boring because you’re just a soubrette. . . All you do is pine and look sad because you can’t have your lover and that’s boring.’ And of course I agreed with him, those parts were impossible to play, at least to play them interestingly. It was nothing.”

Although “West Side Story” was a monumental success, Moreno could not escape the pigeon-hole of “Latina characters in gang movies” and would not return to film until 1969. Among her roles that year, she played Dolores Gonzáles in “Marlowe” – a Raymond Chandler neo-noir mystery. The film not only starred James Garner and Jackie Coogan (of “Addams Family” fame), but is the movie which introduced martial arts legend Bruce Lee to American audiences.

“Marlowe” wasn’t the last time Moreno would work with James Garner, perhaps most remembered as Jim Rockford in “The Rockford Files” (1974-1980). In 1978, Moreno co-starred as recurring character Rita Capkovic on the show, earning her second “EGOT” Emmy.

“After ‘West Side Story,’ believe it or not, I could not find work. . . I was offered some things, but they were all these Latina characters in gang movies. So, I just said no—you know, I tucked my little gold man under my arm, I said, ‘Nuh-uh. I’m not going to do that stuff anymore with the accents.'”

Moreno’s eclectic career spans decades and genres. Among her notable guest appearances, she won her first Emmy for her guest spot on “The Muppet Show” in 1976.

On Moreno’s historic successes, film historian Annette Insdorf notes, “Her career did not take off at “West Side Story” rising with bigger and better parts. Her career widened to encompass a diversity of roles and media.”

“I always loved to visit ‘The Muppets’ set. That was one of the great experiences of my life. . . it was a chance to work with a genius. I gave him some ideas that he loved and we used.”

You may remember Moreno as part of the ensemble on “The Electric Company,” but did you know she voiced Carmen Sandiego? Based on a series of popular computer games, Rita Moreno portrayed the international thief in the animated version of the show which ran from 1994-1999 on the Fox Kids Network Block.

Moreno also made a cameo in the recent Netflix reboot of the series, now starring Gina Rodriguez as the titular character. Addressing Rita Moreno in a “love letter,” Rodriguez said:

Gloria Steinem on the legacy of Marilyn Monroe
Gregory Peck: A Conversation with Gregory Peck
This Is Bob Hope...
Milos Forman: Portrait
John Ford/John Wayne: The Filmmaker and the Legend
Jack Paar: As I Was Saying . . .