Skip to main content Skip to footer site map
Writer, singer and educator Aiden K. Feltkamp reflects on their journey as a trans nonbinary opera singer. Feltkamp recognizes the impact representation can have to inspire change, connecting their experience to that of contralto Marian Anderson. 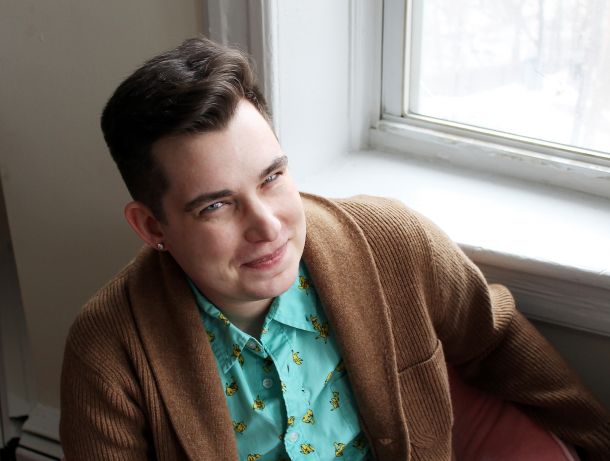 I’ll never forget how I felt as I stood on stage and the curtain rose on the dancing melody of “Die Fledermaus.” It was the first dress rehearsal, my first time playing a lead role and my first night in full costume as Prince Orlofsky. In knee-high boots and a shirt that sparkled like a disco ball under the stage lights, I felt confident and right. After months and months of learning music, practicing staging with my co-stars and studying an entirely new way of moving (as a boy instead of as a woman), a myriad of unnamed feelings coalesced into a new idea. As if an optometrist had finally found the right lens on the phoropter of my life, my gender clicked into view.

Having been assigned female at birth, I worked hard at being a woman every day. I crossed my legs when I sat, learned to do my makeup and didn’t speak too loudly. But, when I kept getting cast in trouser roles (male characters written to be played by female singers), opera gave me the permission to try something different.

Gender and opera have always had a complicated but deep relationship. From its inception in the 16th century, the demands of the operatic form have included the castrati (men castrated before puberty in order to save their high voices), trouser roles (such as the aforementioned Prince Orlofsky), skirt roles (female characters performed by male singers) and onstage cross-dressing similar to Shakespeare’s “Twelfth Night” or “The Merchant of Venice.”

Since my experience performing Prince Orlofsky for the first time, I’ve come to understand much more about myself and my gender; now, I fully present as the trans nonbinary person I am. But understanding my gender, though helped along by opera, only made my journey as an opera singer more difficult.

Despite opera’s intricate history with gender onstage, it remains traditional in its gender roles when it comes to casting and auditioning. When I’d presented as a woman, I was constantly told what sort of dress to wear to auditions, how to do my makeup and hair and just how feminine I had to be in order to be acceptable in the industry (even when I was auditioning for trouser roles). But when I began to present more androgynously and listed my gender as nonbinary on my audition forms, I then received more feedback on my audition clothing than my singing. I found that auditioning as a nonbinary person and entering audition rooms, where the panel had little (if any) education on my gender, was even more difficult than pretending to be a traditionally feminine woman.

Another intersection of opera and my gender journey was my voice itself. I loved my mezzo-soprano voice, but my gender dysphoria insisted that I undergo hormone replacement therapy. This would change my voice drastically and irrevocably. Not every trans person needs or wants to physically transition, but I knew that my mental health and happiness depended on it.

A changed voice easily jeopardized my career. Not only would I need to re-train my voice, but I had no idea if I could “make it” as a trans opera singer. There weren’t any trans singers performing in the United States in regional or international houses. In short, I had no representation. 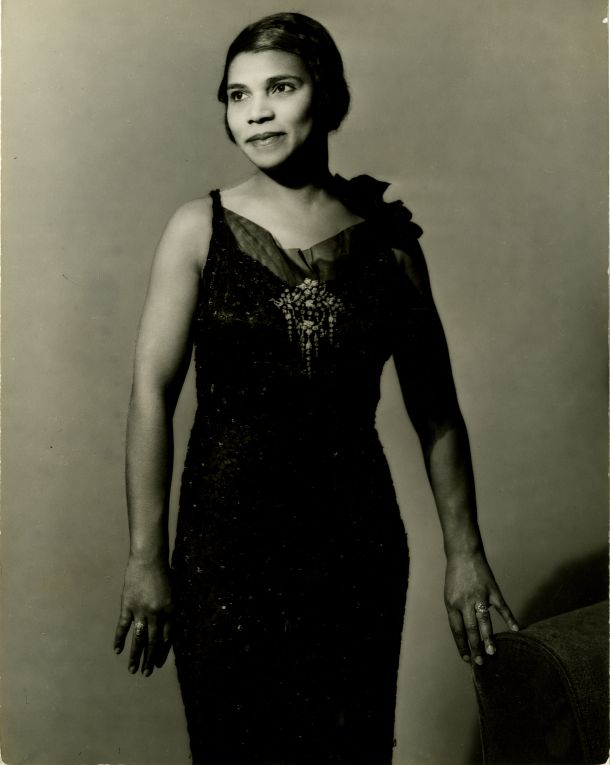 Marian Anderson, the first Black woman to perform at the Metropolitan Opera, spoke about a similar issue in her life. Despite her obvious talent, hard work and passion for the operatic art form, she didn’t see anyone like her– anyone Black– succeeding in opera. When she spoke about this, she would cite an important moment in her life: witnessing a Black woman playing classical piano. This small bit of representation served as the impetus she needed to take the leap and fully pursue a career in classical music. And then in 1955, 72 years after the Metropolitan Opera was founded, she became the first Black woman to grace the stage and the representation that Black opera singers have looked to ever since.

While I was weighing my options and worrying incessantly about this decision, I found the representation I needed. A mutual friend got me in touch with Holden Madagame, a singer who had already begun his transition from mezzo-soprano to tenor and was performing professionally with his lowered voice. He graciously emailed back and forth with me, answering questions and providing assurance that I wouldn’t lose my voice completely.

This connection, this resource, changed my life and helped me make the decision. It was a gift – one that I’m immensely grateful for and one that I try to pass along to other trans singers whenever I can. Since then, we’ve seen the first out trans singer perform a lead role in the United States (Lucia Lucas at Tulsa Opera in 2019) and more trans opera singers are training in music schools around the world.

I knew that starting my physical transition would greatly improve my day-to-day lived experience, and it has, but I also knew that it would mean trading my much-loved and highly-trained mezzo-soprano voice for something new. I knew there would be grief there, but it was a trade I made anyway. The future is unknown, but I hope that my story, and the story of other trans opera singers, will be heard by those who are unsure. I hope it will help those who don’t see themselves in the art form they love most. I know that with representation comes belonging, and I hope that with belonging comes change.

SHARE
NOW STREAMING
Marian Anderson: The Whole World in Her Hands
About the Master