Best known for her concert on the steps of the Lincoln Memorial in 1939, opera singer and civil rights pioneer Marian Anderson made history with these five groundbreaking achievements.

1. She won the first scholarship awarded by the National Association of Negro Musicians. 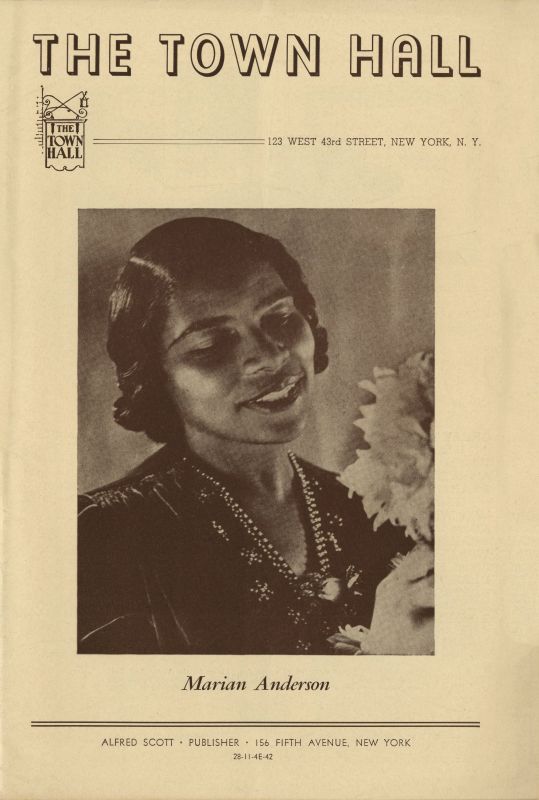 In the summer of 1919, Marian Anderson traveled to Chicago for a six-week opera course at the Chicago Conservatory of Music. The city was in a period of incredible unrest at the time, following the murder of an African American man who had floated to the wrong side of a lake.

Meanwhile, the National Association of Negro Musicians (NAMC) was also holding its first festival. Anderson entered the competition with a performance of the aria “Adieu Forets” by Tchaikovsky. She won and received rave reviews, encouraging her to pursue further education. Although her experience with the festival was positive, the outside circumstances of the time, later dubbed the “Red Summer,” would stay with Anderson throughout her career.

Robert Sims, professor of music at Northern Illinois University, expressed: “When she sang the ‘Crucifixion‘ in the 1950s, you could hear the memories of the south and those riots of 1919.”

2. She was the first African American artist to sign with RCA Victor Recording Company.

In 1924, Marian Anderson was the first African American to sign with RCA Victor Recording Company. Her first record featured spirituals “Deep River” and “My Way’s Cloudy.”

Anderson recalled, “I went into the store and on the gramophone they played “Deep River.” My heart began to jump like mad and I was flustered beyond anything you can imagine. That was my first experience hearing my voice on a gramophone.”

You can listen to the original recordings of “Deep River” and “My Way’s Cloudy” on the Library of Congress website.

3. She was the first African American artist to solo with the New York Philharmonic.

In 1925, Marian Anderson’s coach Giuseppe Boghetti entered her into an annual musical competition. On his advice, Anderson remembered, “Mr. Boghetti said to me ‘whatever happens,’ he said, ‘don’t stop until you get to the end and you can do your trill.'” According to historian Raymond Arsenault, she left such an impact with her audition that she was immediately awarded the prize to sing with the New York Philharmonic, something no other African American had ever done.

Anderson described being on stage at the New York Philharmonic: “There was a certain thrill walking to stand next to the conductor and as I remember it, the stadium was just jam-packed. And it was naturally one’s great, great moment.”

4. She was the first to perform solo at the Lincoln Memorial.

After a denial by the Daughters of the American Revolution to perform at Constitution Hall, Marian Anderson was approved by President Franklin D. Roosevelt to perform in front of the Lincoln Memorial in Washington, D.C. on Easter Sunday, 1939. The concert drew an unprecedented fully-integrated audience of over 75,000 people and the iconic concert was a pivotal moment in the history of civil rights. 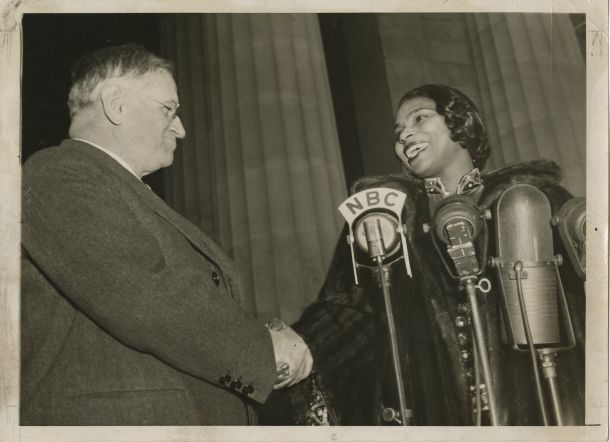 Reaching millions of radio listeners around the world, her performance inspired a 10-year-old Martin Luther King, Jr. to later publish an oratorical describing the experience. As an audience member, Ossie Davis remembered “. . . I was one of the student body surrounded by 75,000 people standing out there that cloudy day. Marian Anderson was the first one who made me realize that, through art and music, she could reach inside me and just lift me from all that negativity and make me something else. That Sunday will live forever.”

On the excitement and fear of the concert, Anderson recalled: “When we went out onto the steps, my heart was throbbing to the point that I could scarcely hear anything. It seemed to me as far as the eye could go, there was a multitude such in your wildest imagination. . . As well as I know ‘America,’ for a while one was carried away to the point that words did not come. I as an individual was not important on that day. It happened to be the people whom I represented. I think if you have something to offer which can help a situation, then I think you should do it in your own manner.”

5. She was the first African American to perform on the main stage at the Metropolitan Opera. 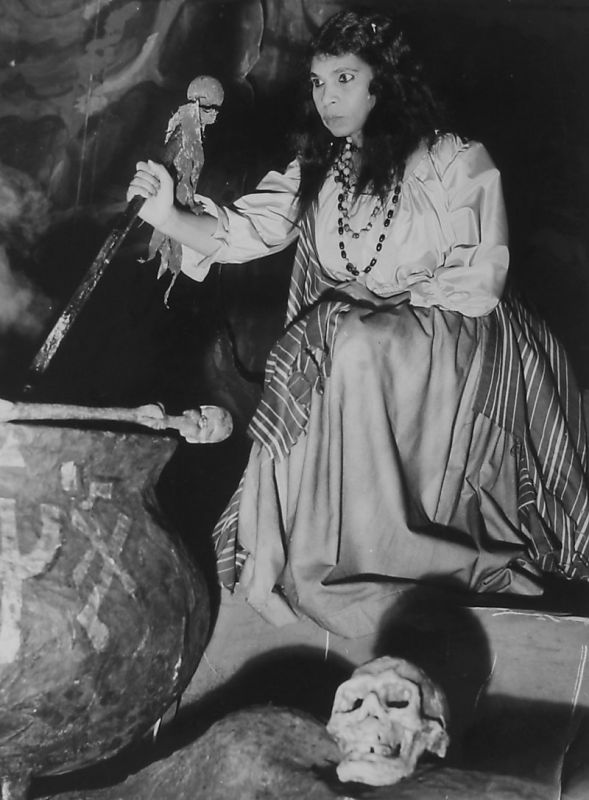 Anderson recounted this groundbreaking moment; “The night of the performance, there was electricity in the air that you could almost cut with a knife. I was nervous. We are absolutely certain that more could have been brought to that part by me had at that time, one had been a younger person. . . When the principals went out on stage with me, I was given just a little push to stay out a little longer. When mother came, there seemed to be a light around her whole face. She was just beaming. She said, ‘We thank the Lord.’ One realizes that it’s absolutely fantastic that in a lifetime you can have a great wish and that it can come true.”