Hundreds of millions of birds die in the U.S. every year from collisions with large human-made structures, including buildings, communication towers, and wind turbines. Migratory birds face an increased risk for these fatal encounters. Scientists, conservationists, and governments are working on solutions. 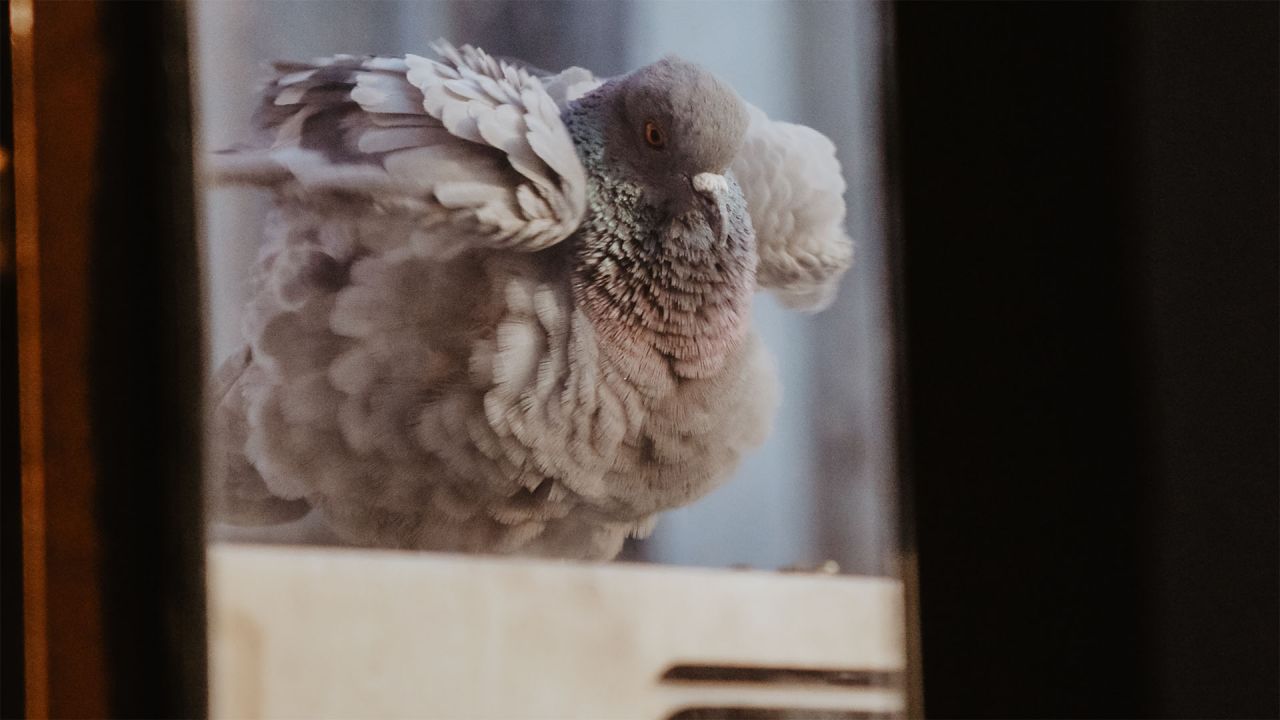 Nothing in their evolutionary past prepared birds for the transparent yet solid surfaces of glass buildings. Birds will fly into glass that reflects the habitat or the sky, or in some cases try to fly through glass to reach the habitat or sky visible on the other side. As a rule, according to the National Audubon Society’s John Rowden, bird collisions increase 19 percent for every 10 percent increase in glass area.

Adding grids or images to glass or angling windows to make them more visible to birds helps reduce the carnage. According to Daniel Klem, Jr., an ornithologist at Muhlenberg College in Pennsylvania, a two-inch by four-inch pattern on building glass could all but eliminate the problem of birds flying into it. After New York City replaced the windows of Javits Center with bird-safe glass in 2015, for example, avian deaths there fell by 90 percent.

But difficulty seeing glass isn’t the only problem for birds.

It turns out that in level, cruising flight, such as on long-distance migrations, birds don’t really look where they are going. And why should they? Large structures above the ground appeared only recently, evolutionarily speaking.

“Only in the past 100 years have there been these tall structures,” says John P. Swaddle, professor of biology College of William and Mary. “There’s no reason birds should be looking ahead.”

Birds evolved to look down for navigation and foraging, he adds. Their eyes sit to the side of their heads and angled down, giving them a field of view below and to the side, not to the front. Some large birds, including a few eagle species, even have a blind spot directly in front of them. Migrating birds also make themselves as aerodynamic as possible when flying long distances, and many migrate in low light conditions where they would have difficulty seeing up ahead anyway.

Putting those things together, Swaddle and his colleagues wondered whether one solution might be making birds pay attention to what is ahead. “The idea is to put an unusual and conspicuous sound that birds have rarely if ever heard in front of an object to see if it changed how they flew,” he says, like honking a horn at a distracted driver.

When the researchers projected a warning signal in front of an obstacle, birds reduced their flying speed by approximately 20 percent, enough to substantially reduce the force of any collision. Even better, the birds also altered their body position, becoming less horizontal and more vertical, reducing the chances of hitting the obstacle head-first. The scientists call their approach an acoustic lighthouse.

Currently, their research focuses on designing a sound that a bird in flight can clearly hear and won’t confuse with others it hears regularly. An interesting aspect of that design is that the world sounds different to a flying bird than it does to a perched one.

“Imagine the different sounds you can hear if you’re sitting or standing versus having your head out the car window at 30 miles per hour,” Swaddle explains. “The wind rushing through their feathers and over their ears produces sound. We have to make sure the warning sound is clearly heard over other noises.” If birds learn to associate the sound with buildings, that could reinforce its effectiveness.

In principle, the approach should work for any type of tall structure, Swaddle says. Acoustic lighthouses could be constant or activated when birds come within a certain range. People wouldn’t notice the sound projected from atop a tall structure, he says.

BirdLife International’s 2018 report found that about 40 percent of the world’s avian species are in decline, with 13 percent vulnerable or endangered. Birds face threats from habitat loss, pollutants, cats, and climate change in addition to collisions.

But collisions are a growing problem, Swaddle says. “In the U.S. we have built a lot of structures – buildings, turbines, cell towers – in major flyways, and we will continue to do that. The risk [for migrating birds] will only increase.” Unless, perhaps, we start honking at them.