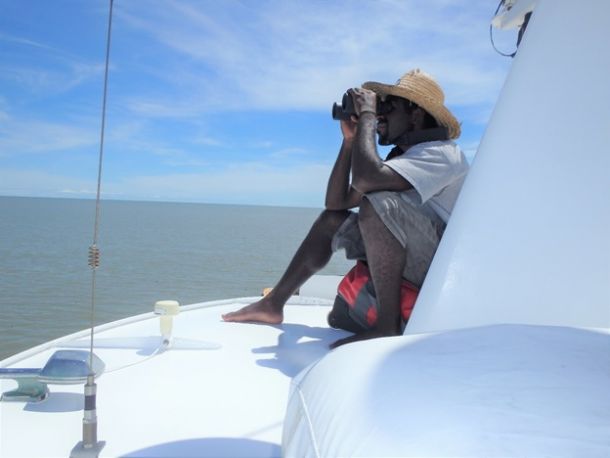 Elizah on watch for dolphins during an inshore dolphin survey in the Kikori Delta of Papua New Guinea, December 2013. Photo credit: ©Isabel Beasley

When Dr. Augustine Mungkaje of the University of Papua New Guinea (UPNG) recommended me for an internship at the end of my undergraduate in 2013, little did I know what conservation is and how science can be applied to protect the natural environment.

During my internship, I met Mr Vagi Rei and Dr Isabel Beasley of the PNG Conservation and Environment Protection Authority and James Cook University (JCU) respectively, who among others would later be very instrumental to the development of my science and conservation career. That was when my focus on biological research, science, and conservation started.

Science and nature have always been my obsession. As a kid growing up in the rural settings of Papua New Guinea (PNG), going game hunting in the forest or fishing in the river has been a basic part of my life. The heritage of my family and the rest of PNG has always been linked to the natural environment. From food and clothing, building materials, to traditional medicine, among others; it would be odd to talk about nature as separate from the Melanesian way of life. Simply it is the way of life for New Guineans. 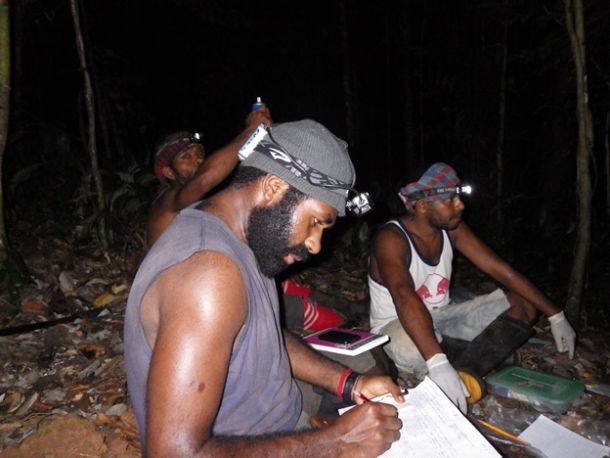 Science has been my fascination ever since I started school but it was only towards the end of my undergraduate degree that I understood that science can be used to measure and understand the natural world to better manage and conserve it. I remember sitting down in one of the lecture rooms of the Science 2 building at the University of Papua New Guinea listening to my ecology lecturer (the late Mr. Phile Daur) explaining what ecology is.

That was my first revelation that there is a field of biology called ecology and that it can be measured. I immediately thought that could not be true. How on earth could one measure the vast natural world? As a New Guinean growing up witnessing the vast biodiversity of New Guinea, the notion that you could somehow describe and identify that infinite variety was an idea I could not conceptualize were it not for science.

That was when I knew I would focus my attention on biological research, science, and conservation. Newly inspired, I applied for an amphibian research opportunity with the New Guinea Binatang Research Center (BRC) under the directorship of the long-time conservationist in Papua New Guinea Professor Vojtech Novotny. I later join BRC at the end of April 2014 to start my Honors Degree studying community composition of lowland frogs under Dr. Chris Dahl. 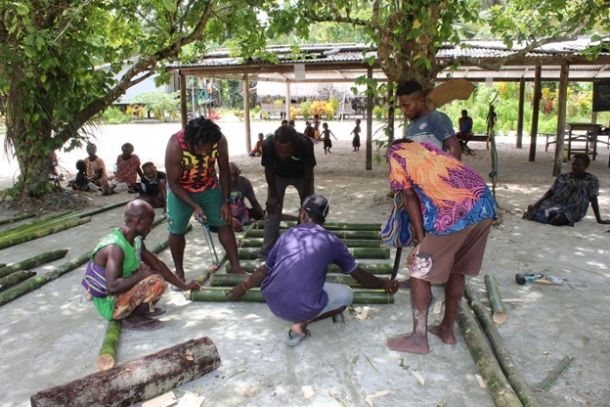 Community members from Kavitongong Village in New Ireland building a mud crab pen with the help from WCS Elizah Nagombi (second from left) and Trevor Boslogo (fourth from left) as part of their livelihood project, November, 2020. Photo credit: ©Junior Anson

It is important to note that in a developing Pacific country like Papua New Guinea, science, conservation, and biological research do not represent things that one associates with a prestigious career for young people or a development agenda for most politicians.

Even now it is a challenge explaining the need for biodiversity conservation to an average Papua New Guinean. Papua New Guinea is known for its incredible biodiversity, with one of the highest levels of species richness for both plant and animal taxa. One of the greatest challenges I have faced in my work is that this huge biodiversity masks the impacts of human disturbances.

That was the result of my honors research into frog species richness; there was no difference in the type and number of species in the primary forests compared to the secondary—or human modified—forests. A bit surprisingly, frog diversity did not appear greatly impacted by the presence of people. But humans have been modifying the forest in PNG for 60,000+ years so some of the species might be adapted to live in human modified environments.

Since joining WCS (Wildlife Conservation Society) in May 2019 after completing my postgraduate degree in Australia, I started to realize that the conservation approach in New Guinea and the rest of Asia and Pacific region did not have to be the same.

In PNG, the focus of conservation cannot be solely about “saving” a species, but rather looking at different approaches to conservation. Here and in the broader Pacific, people’s worldview of “conservation” is closer to the Western perspective of “sustainable use.” Locking away something never to be touched by humans is not a common practice. 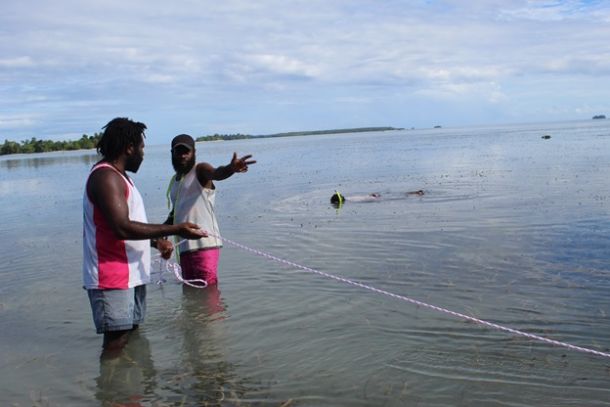 PNG culture embraces the connections between people and nature. Local livelihoods and culture are strengthened by sustainable use of nature. In that context, conservation must be about environmentally friendly and sustainable development.

The conservation approach we follow in PNG is less solely focused on ecology-based evidence for management than a mix of social and ecological management approaches. That is, we try to link people with the environment for conservation management. I am privileged to be working with WCS PNG, which addresses that sensitivity with its people-first approach to conservation.

Still, it’s also so helpful to get an outside perspective by studying overseas. By doing that, young people in PNG can understand conservation challenges in PNG in the global context and find better local solutions to local challenges. One of my mentors once told me, “There is no better time to be a conservationist in PNG than now.” I’ve always remembered that, and it gives me hope for the future of conservation in my country.