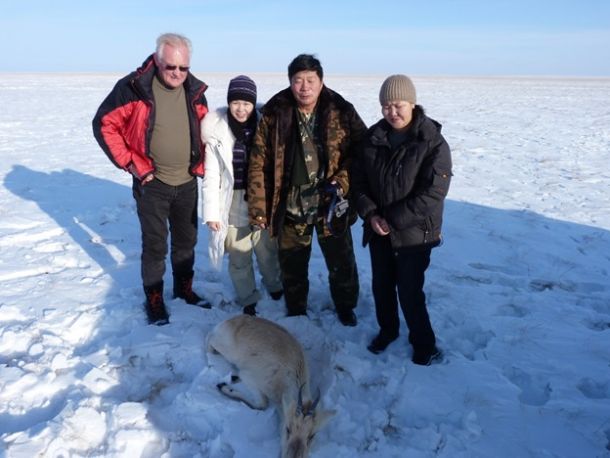 I am a Mongolian who was born and raised in the capital city Ulaanbaatar but also had the privilege of a childhood visiting my grandparents in the beautiful countryside. My parents were veterinarians and my mom used to go on surveillance work and bring me along on her fieldwork. So I was amazed by the veterinary profession from my childhood and decided to follow my parents’ legacy.

That journey took me to the U.S. for a graduate degree in the School of Veterinary Medicine at the University of California, Davis. There, I did research focused on Foot and Mouth Disease (FMD), which affects both livestock and wildlife. A classmate connected me with the Wildlife Conservation Society (WCS) Health program.

In December of 2007, I returned to my country from UC Davis to join WCS Mongolia Program. Since then, my fellow veterinarians call me the wildlife defender/protector. They used to see me placing a higher priority on wildlife than livestock health. But as time passed they’ve come to appreciate the One Health idea that we are all working to protect human health, livestock health, and wildlife health. There is no wildlife side versus the livestock side. 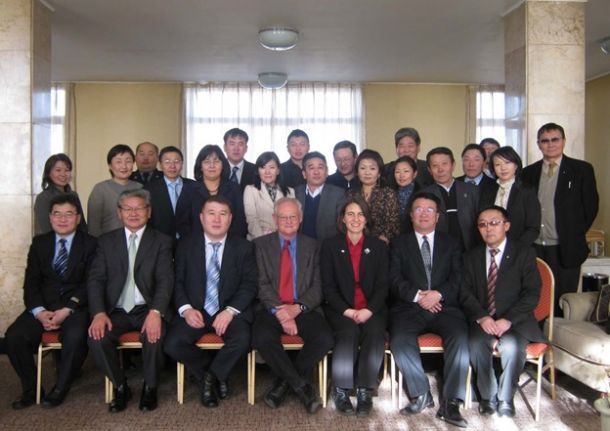 This transformation took 14 years of hard work since I first joined WCS Mongolia Program as a wildlife and veterinary epidemiologist. We all understand now through COVID-19 that global pandemics can emerge at any time and that the best prevention is based on a One Health approach that incorporates and protects health for the benefit of people, livestock, wildlife, and their ecosystems.

Mongolia is a lovely country that has been able to preserve its natural beauty and biodiversity, some of which—like the Mazaalai (Gobi bear), Wild Bactrian camels, Mongolian Saiga antelopes, and Ussurian moose—are unique to Mongolia.

Veterinary professionals are mostly trained under the former Soviet system and view wildlife as a nuisance to veterinary measures. Therefore, control of livestock diseases is important and if wildlife were involved the Government would eradicate affected wildlife. In early 2000 FMD outbreaks were widespread. The veterinary sector viewed the gazelle as reservoirs of the disease, believing they’d brought the infection from China. Gazelle were targeted for a mass culling. 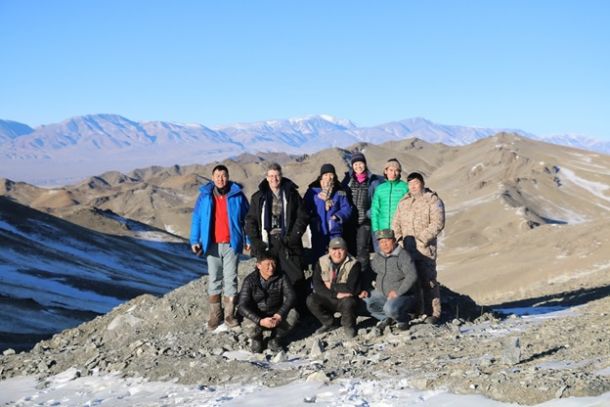 An estimated 2.1 million Mongolian gazelle range over the vast grasslands on the Eastern region of Mongolia bordering China. WCS research clearly showed that Mongolian gazelle are the victims of the widespread livestock FMD outbreaks, not the reservoirs or the primary source of the outbreaks.

With the help of many international experts, veterinary officials in Mongolia now understand that disease management actions should be wildlife-friendly and mass destruction of wildlife has been stopped. I see this as a great change within the veterinary sector and an acceptance of the importance of wildlife and their ecological role in preserving the steppes.

Although great progress has been made in furthering collaboration between the environmental and veterinary sectors, the infectious disease catastrophe is never-ending. Most recently a population of about 10,000 Mongolian Saiga experienced a mass die-off due to the viral disease Peste des Petits Ruminants (PPR). 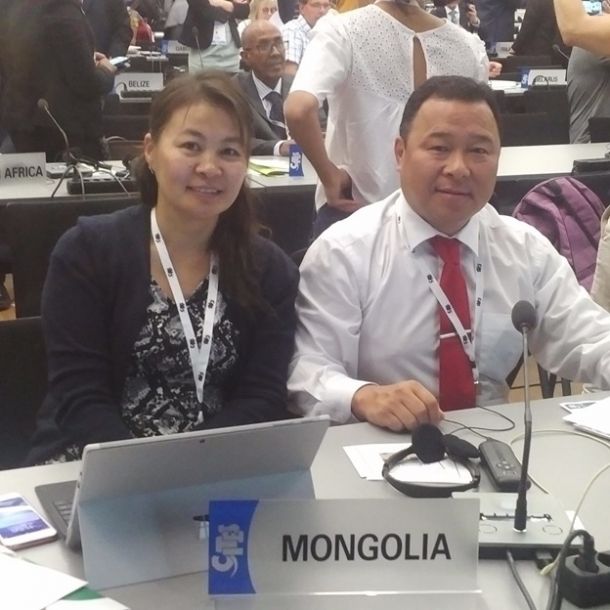 I am truly proud and privileged to lead the wonderful team of WCS Mongolia scientists and conservationists who are all very dedicated and eager to make a change in the conservation and protection of wildlife and wild places in Mongolia. I’m even prouder to be part of WCS’s 125-year history and to have the opportunity to play a small role in the much bigger and greater mission and vision to change the world for a greater future for us and our children.