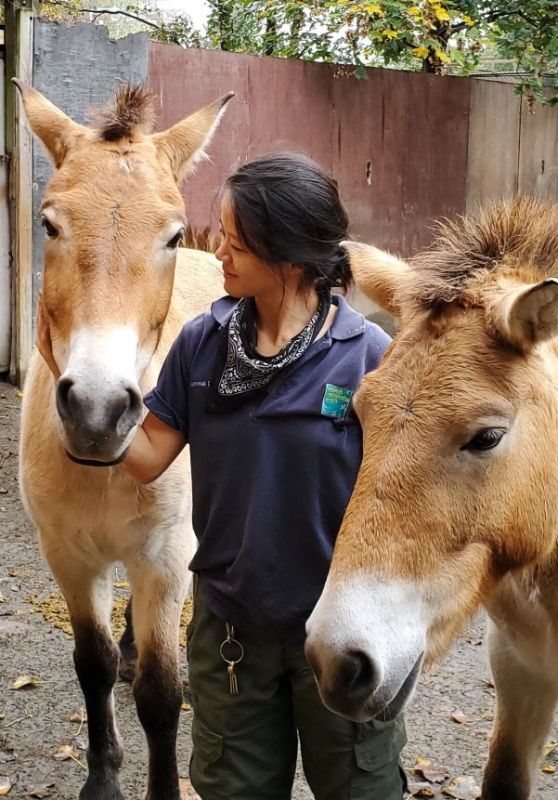 By age 10, I knew my career would focus on animals and that nothing else would be as fulfilling or worthwhile. What I didn’t know at the time was how difficult that seemingly simple undertaking would become, how long I’d have to work to reach that point, or how lonely it would be.

As a native New Yorker, born and raised in Queens, my love of animals was unknowingly planted by my father, because he believed being in nature was the only worthwhile escape. I was climbing up Bear Mountain on my own by age four. My father pointed out bear tracks, goose nests, spider webs, and salamanders under rocks. The more he showed me, the deeper the roots grew. 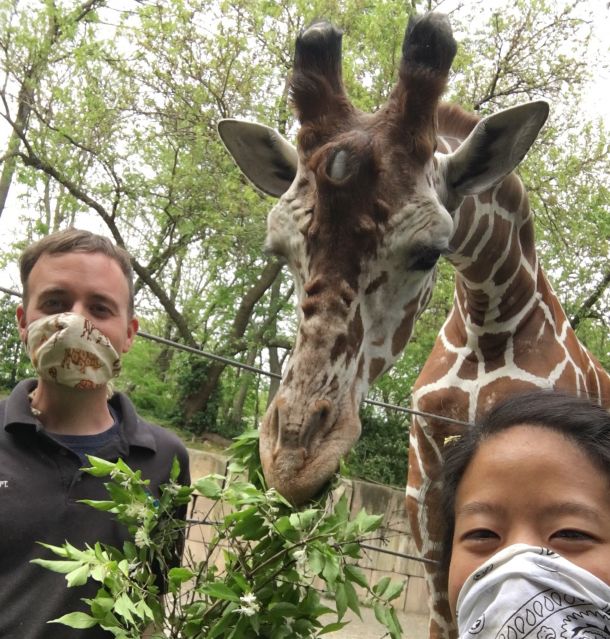 But being first-generation Asian American immigrants, my parents were concerned and doubtful when I announced I wanted to be a veterinarian. I had to be a bit older to realize this came from the cultural and socioeconomic differences from being an immigrant of color, rather than any prejudice on their part. They were raised in a culture that did not yet view animals in the same way that Americans did, for animals filled a utilitarian purpose rather than a social one.

My parents gave up everything they had to come to America from Korea to ensure that their children could have a life they had only heard about—a life very different from the severe poverty that still existed in post-war Korea. All they wanted was to see us with stable careers that ensured our security and comfort, something they had none of.

To them, working with animals meant the polar opposite, and I was constantly encouraged to pursue a law career, something I vehemently refused.

For a long time, I didn’t understand what the impact of having little to no familial and financial support would mean for me in the long run, until I saw the differences between myself and others who had supportive parents and the resources to pursue internships. Being the second generation and a person of color meant I had to learn early on that equal opportunity did not mean equal access to those opportunities.

Nevertheless, I persisted. I started by volunteering at an animal shelter at 13, and by my senior year of college, I was working three jobs, with two still focused on animals. 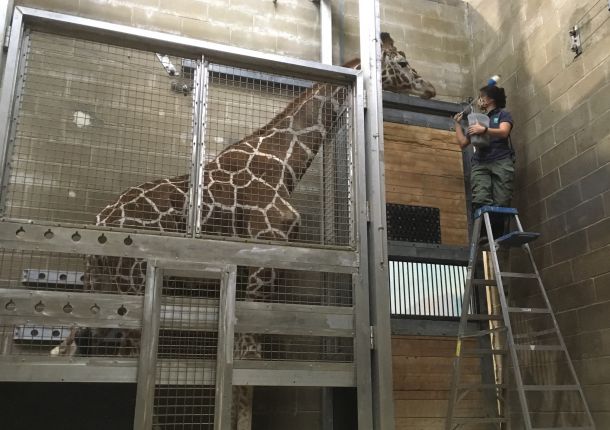 Jigsaw being chute-trained at the Carter Giraffe Building at the Bronx Zoo. Credit: Joseph Nappi/WCS

From horse stables to arachnid labs, from zoological museum collections to the Bronx Zoo’s Reptile House, and to becoming a veterinary technician—I wanted to do and see all. There was no animal I wasn’t interested in learning about, no stone I didn’t turn, no pond I didn’t dip my toes in. I was selfish in my thirst for zoological knowledge.

The cultural loneliness in my career choice came to light when I got to college. As a freshman at Cornell University, I noticed early on that I was often the only non-Caucasian in all of my zoology and ecology classes. (To my amusement, this also meant any attempt to skip class was immediately foiled.)

And then sometime after graduating, I was suddenly and completely alone and independent, with no familial support system, no home, and no financial cushion. But I kept going because I would never forgive myself if I didn’t pursue a path I loved with every cell of my existence.

I returned to the Bronx Zoo as a Camel Barn seasonal associate and briefly as a Reptile House volunteer while also working as a vet tech. I did this for several years, with additional jobs financially supplementing the way. Then, less than a year before the pandemic, I became a keeper in the Mammal Department at the Bronx Zoo. I still can’t describe the emotions that hit me as close to a decade and a half of tenacity finally brought me to where I had wanted to be. 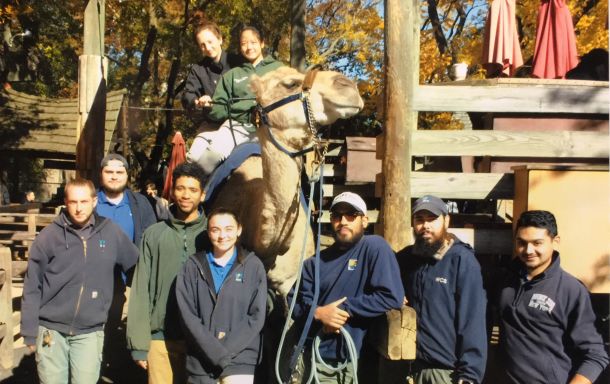 And then right out of the gate, I got to work with one of my most treasured species, the American bison. It was winning the lottery twice in a row.

The most important aspect of zoology I’ve learned is that you will never know enough. And to presume that you know everything is nothing short of an ego trip. My love for conservation has brought me to a place where I am content to be a cog in the wheel, to be a small part of an organization that has the power and strength to create waves across the globe. While there are a few household names in zoology, the majority of us must be foot soldiers in the struggle to save wildlife and wild places.

In the wake of BLM and the cultural fallout of the pandemic, being unable to culturally connect with others in my professional life has taken more of a psychological toll than I’m often willing to admit. And being conspicuously Asian American on my commute to and from work has definitely made me the target of multiple, albeit all highly unsuccessful, racially charged physical attacks.

But I am thankful. I have a career I love and value. And maybe when young AAPIs with a passion for animals see me working at the Bronx Zoo, it will let them know that despite the odds, this career can be for them too, as this earth needs them now more than ever.