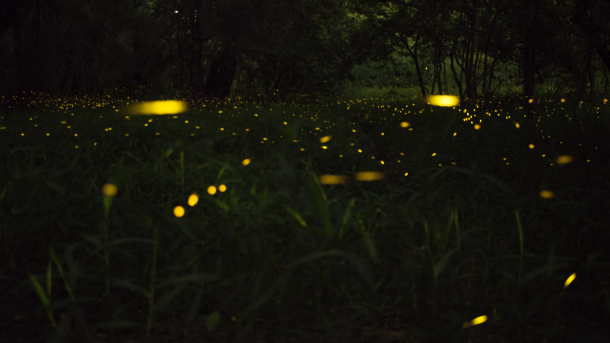 Photo by toan phan on Unsplash.

Yet another insect is making headlines as its numbers dwindle and twirl towards extinction.

For many, this insect brings back nostalgic memories. Many remember running around their backyard on summer eves, trying to catch the dancing lights in front of their eyes. There is nothing quite like the sight of lightning bugs, also known as fireflies, lighting up the night sky during summer months.

Fireflies not only light up childhood memories, but these insects also have cultural significance for some groups. In certain regions of the world, the wondrous light shows created by these insects drive tourism and economic gain.

Despite the awe that is created by their bioluminescent courtship displays, fireflies have been largely neglected in global conservation efforts. Scientists have noticed that their population numbers have declined globally in recent years. But formal population data is lacking for nearly every firefly species, and there are more than 2,000 species of firefly beetles.

On Monday, Feb. 3, new research from Tuft University published in the scientific journal BioScience. It was led by Dr. Sara M. Lewis, a Professor of Evolutionary and Behavioral Ecology at Tuft University. The research includes a survey by experts from diverse geographic regions, who examined the decline in fireflies.

The survey began in January 2019 when the team of scientists sent a survey via email to 350 people in the Fireflyers International Network, a scientific organization composed of individuals with interests and expertise in firefly ecology, behavior, taxonomy or conservation.

The most serious perceived threats include habitat loss, light pollution and pesticide use, although rankings differed substantially across regions. The other threats on the survey, included: water pollution, tourism, over-harvesting, invasive species and climate change.

Habitat loss is perceived as the most serious threat to fireflies globally, as well as within each region, according to survey respondents.

Habitat loss and fragmentation differ in extent and context across the globe. In general, the expansion of human activity threatens these populations’ habitats.

In Europe, firefly habitat has been lost through urbanization, industrialization, and agricultural intensification. Similarly, urbanization and commercial and residential development have led to the loss of firefly habitats in eastern North America.

In contrast, another respondent in Mediterranean Spain expressed concern about the abandonment of small orchards and irrigated agricultural plots in which certain species often occur. Once abandoned, these cultivated areas become drier and less suitable for snails, which is the main prey for certain fireflies.

The Atlantic rainforest of Brazil hosts high firefly biodiversity. But it is one of the most threatened and fragmented rainforests in the world.

Artificial light at night (ALAN) ranked as the second most serious threat to fireflies globally, according to the research.

More than 23% of the global land surface now experiences some degree of artificial night sky brightness, according to estimates. The threat was ranked at the top in East Asia and South America, but other regions also ranked it second or third most serious.

According to the research, nocturnally active firefly taxa are likely most affected by ALAN, as these adults rely on bioluminescent courtship signals to locate mates.

Pesticides rank as the third most serious threat to fireflies globally. While few studies have investigated their direct impact on fireflies, it is known that broad-spectrum insecticides have adverse effects on insect populations.

Insecticide exposure can occur through aerial spraying, contact with insecticide-containing soil or water, or ingestion of contaminated prey. Fireflies may be exposed at all stages of life. High insecticide concentrations in water and soil can be particularly harmful to the larval stage of aquatic and terrestrial firefly species.

Aerial sprays of certain insecticides targeting mosquitoes are often conducted at dusk, when fireflies are also active, placing them at risk.

The team of scientists recommends taking the following actions to preserve these insects: