Porcupines might not seem like the best study animal for a group of high school students. With roughly 30,000 quills on their back, the idea of handling them is enough to make even a seasoned researcher carefully weigh the logistics. 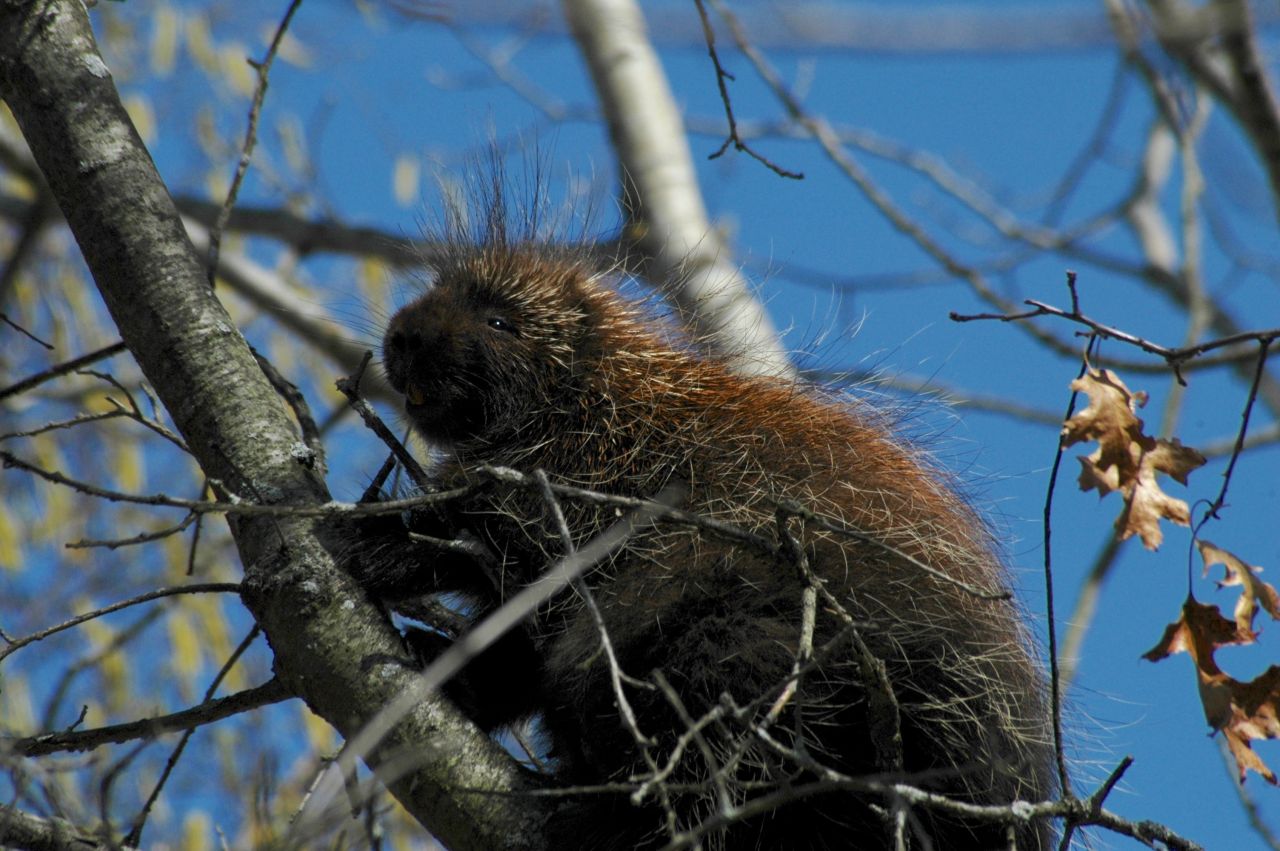 “They also have these nasty little incisor teeth that will take your finger off,” says retired wildlife ecologist Dick (Richard) Thiel. But had he let that deter him, hundreds of kids in Grade 11 and 12 would have lost an opportunity to conduct valuable research on the porcupines of the Sandhill Wildlife Area, Wisconsin, between 1996 and 2010. Their work has become the foundation for multiple scientific research papers and inspired some of the students to become scientists themselves.

Thiel started the porcupine study when he became a wildlife educator for the Wisconsin Department of Natural Resources (DNR) — one of four positions in the state tasked with “exposing people to the wonders of wildlife,” he says. Along with the students, he aimed to figure out where the porcupines lived, their population size, and the age, sex and condition of the porcupines in the population.

Over the winter months, he and the kids strapped on snowshoes and followed porcupine tracks to dens where they hoped to set live traps nearby. Sometimes the porcupines denned in hollows created by the roots of living white oak trees. To see if any “porkies” were home, Thiel would rap on a tree trunk with a stick and listen for movement in response. This changed around 2004, when a student showed up with “a new fangled thing called a cell phone that had a camera attached to it,” laughs Thiel. From then on, they stuck a digital camera in the den entrance and took a photo up the inside of the trunk instead. 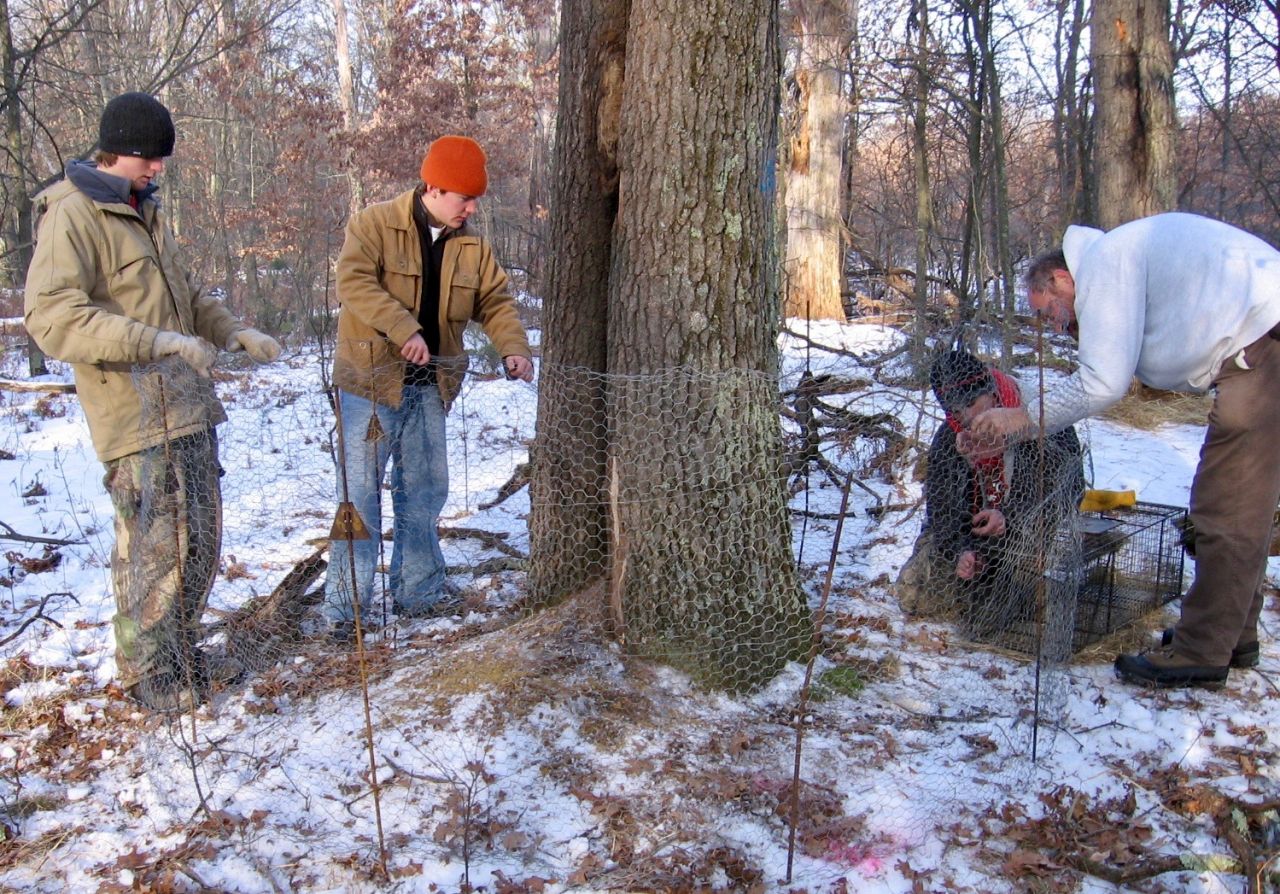 Once in the trap, porcupines were taken back to the research facility where Thiel would sedate them. Students then measured and weighed them, estimated their age by looking at their teeth, checked them for external parasites, and determined if they were male or female. Nipples on the females were measured to determine if they had born young—longer nipples meant yes. 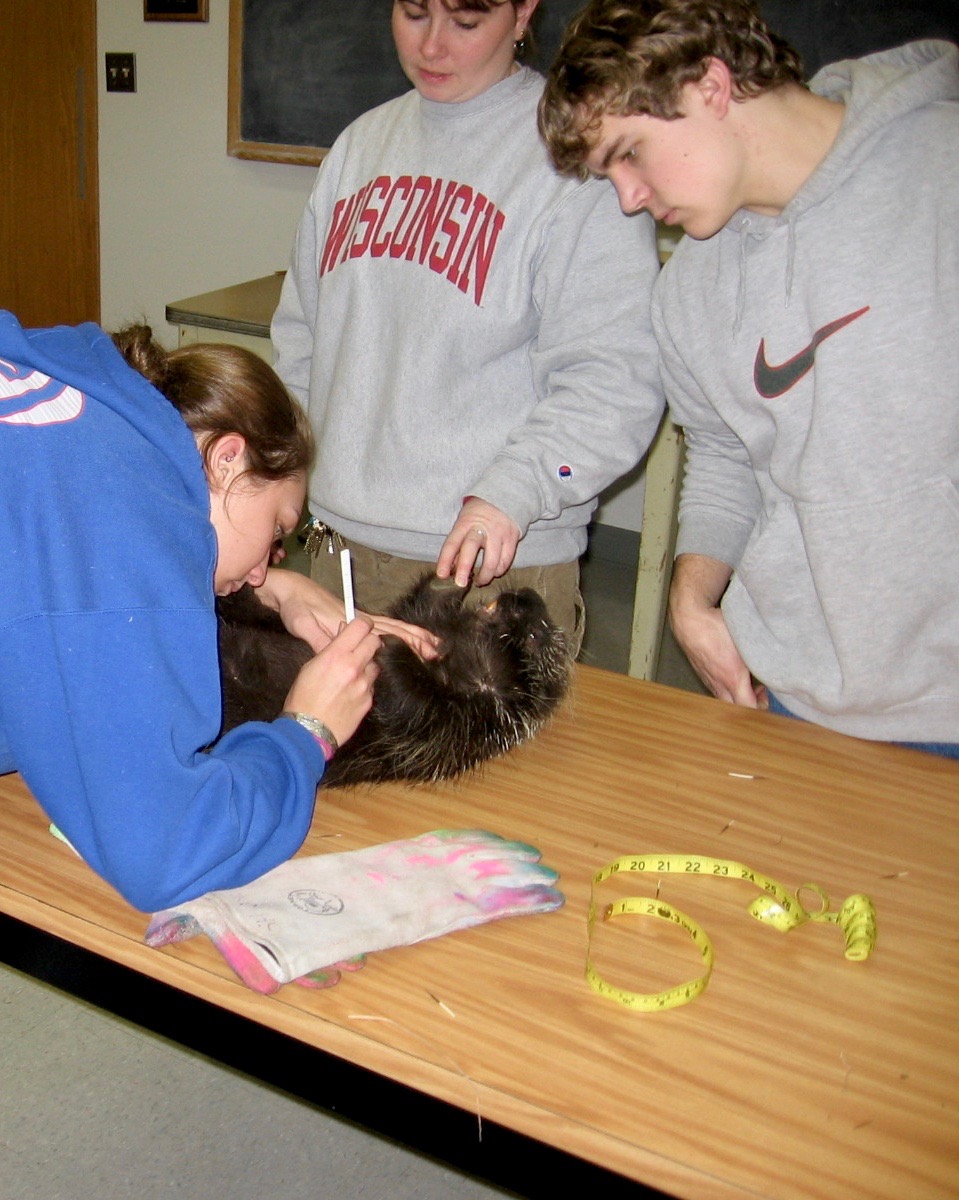 “When you talk to high school students about nipples, they start giggling,” says Thiel. But that did not deter them from the work. “Once we had our system down, we could process a porcupine in about ten minutes.”

Some of the kids became quite attached to the project, says Thiel, pointing to an incident where one student didn’t tell his teacher the student program had ended for the season so that he could keep coming to help (it was okay as long as his grades were fine, says Thiel). For other students, like Matt Schuler, the project inspired a career in biology.

Schuler, along with a team of ecologists including Thiel is now the co-author on a recent scientific paper analyzing the response of the Sandhill Wildlife Area porcupines to the return of the fisher — a predator that reappeared midway through the study around 2001 after being absent for about 70 years. The team found that living in fear of fishers (combined with becoming fisher food) takes a toll on the porcupine population — they had shorter lifespans, grew more slowly, lost more weight in the winter when food was scarce and had less young.

A long-term data set like the one the students created is critical to this kind of analysis, says Thiel. “It gives you trends that you can’t see in a two-year master degree or a 5-year PhD.” 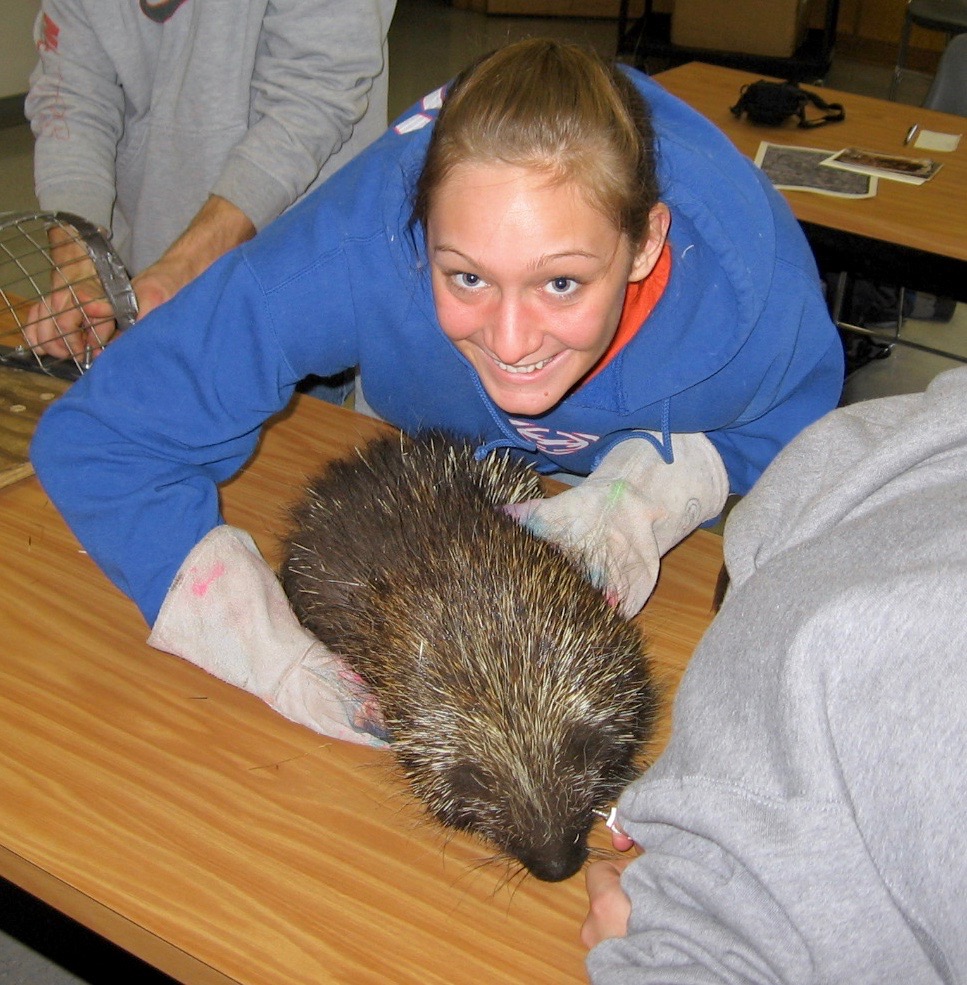 But beyond scientific contributions, having students participate in this kind of scientific study is important so that kids get outside and get some hands-on learning, even if it means the odd jab of a quill to the finger, says Thiel. They learn that science can happen outside of the classroom, and that “for some of us, science is a lifelong pursuit.”