Bats play a critical role in the ecosystem on the island of Dominica, but with climate change expected to spawn more severe hurricanes, understanding how the bats in this region are impacted by such extreme storms will be important to future conservation efforts. 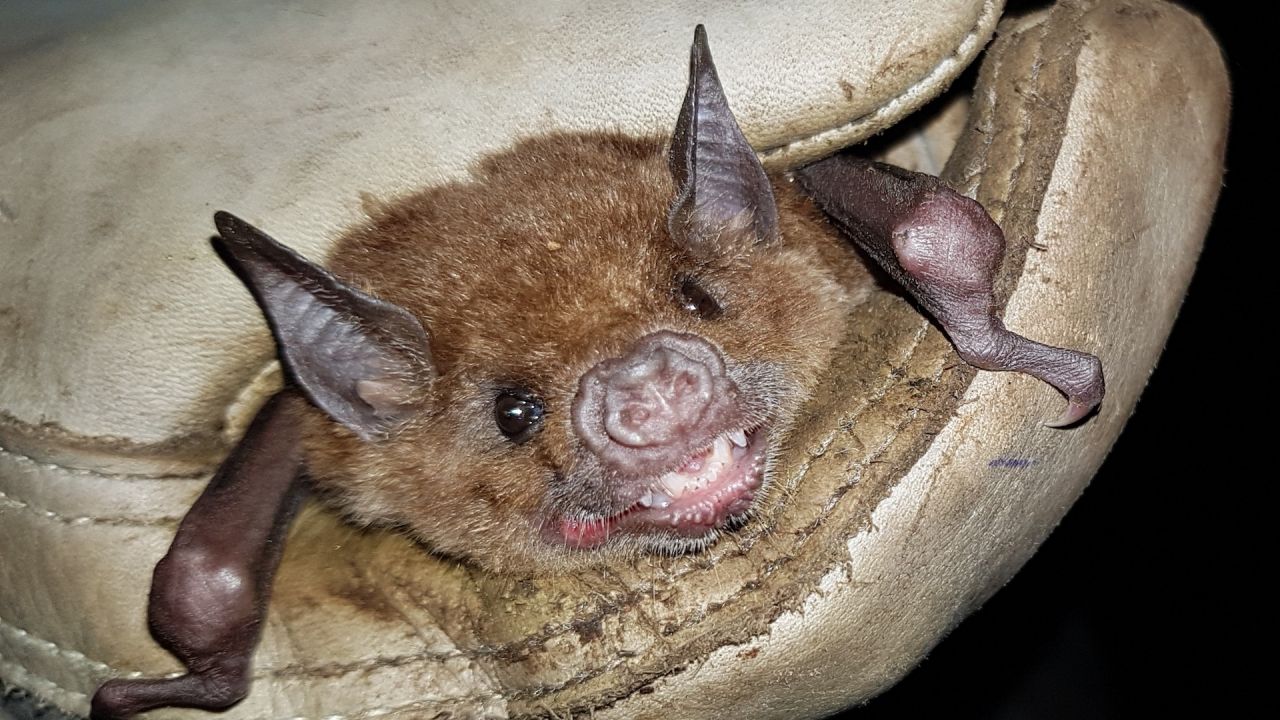 When wildlife biologist Lisa Sims describes the small, volcanic island of Dominica, she asks people to imagine the opening scene of Jurassic Park (filmed in Kauai, Hawaii) in which a then dinosaur-naïve crew of scientists arrive via helicopter. “When you’re flying in, there are lush forests everywhere, and mountain streams,” she says. Prior to 2017, Sims had spent two field seasons on the island studying bats with the conservation organization Operation Wallacea and, in particular, hoping to learn more about the Dominican Myotis bat that can only be found on Dominica and the neighbouring Caribbean Island Guadeloupe. She had even begun a Master of Science degree with the University of Calgary, Canada, when disaster hit.

On September 18, 2017, Hurricane Maria (a category 5 storm) made landfall on the small island, sustaining winds of up to 258 kilometers per hour and “causing severe damage everywhere,” says Sims. 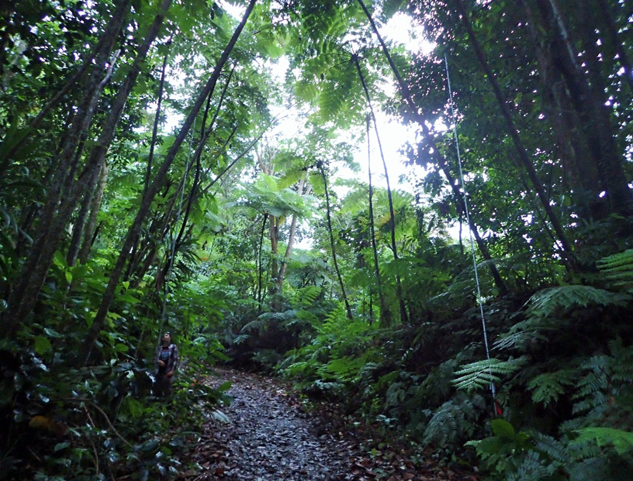 Site 1 in Rosalie area prior to hurricane, 2016. Photo by Lisa Sims. 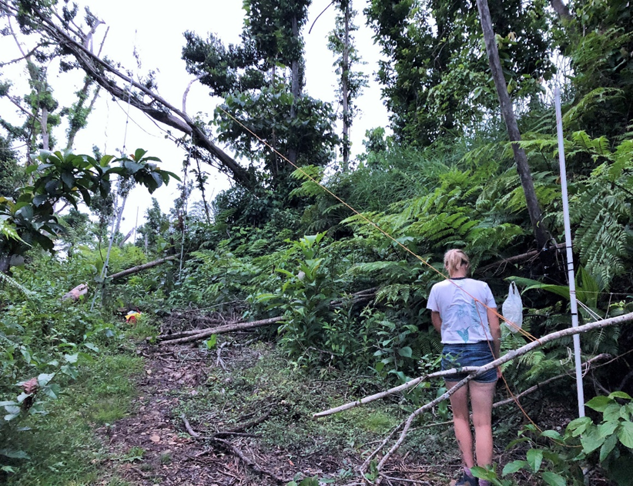 Site 1 in Rosalie area after hurricane. Photo by Lisa Sims.

In addition to the tragic loss of lives and infrastructure, much of the forest was damaged, leaving Sims to wonder how many of the 12 bat species present on the island had survived. Her studies quickly changed focus to assess the impact of the storm. In the summer of 2018, as she had in previous years, Sims deployed finely woven “mist” nets across trails and waterways, and along ridgelines where bats typically feed and commute. She looked for bats both in her old study locations and in new areas in case they had relocated in response to the storm. 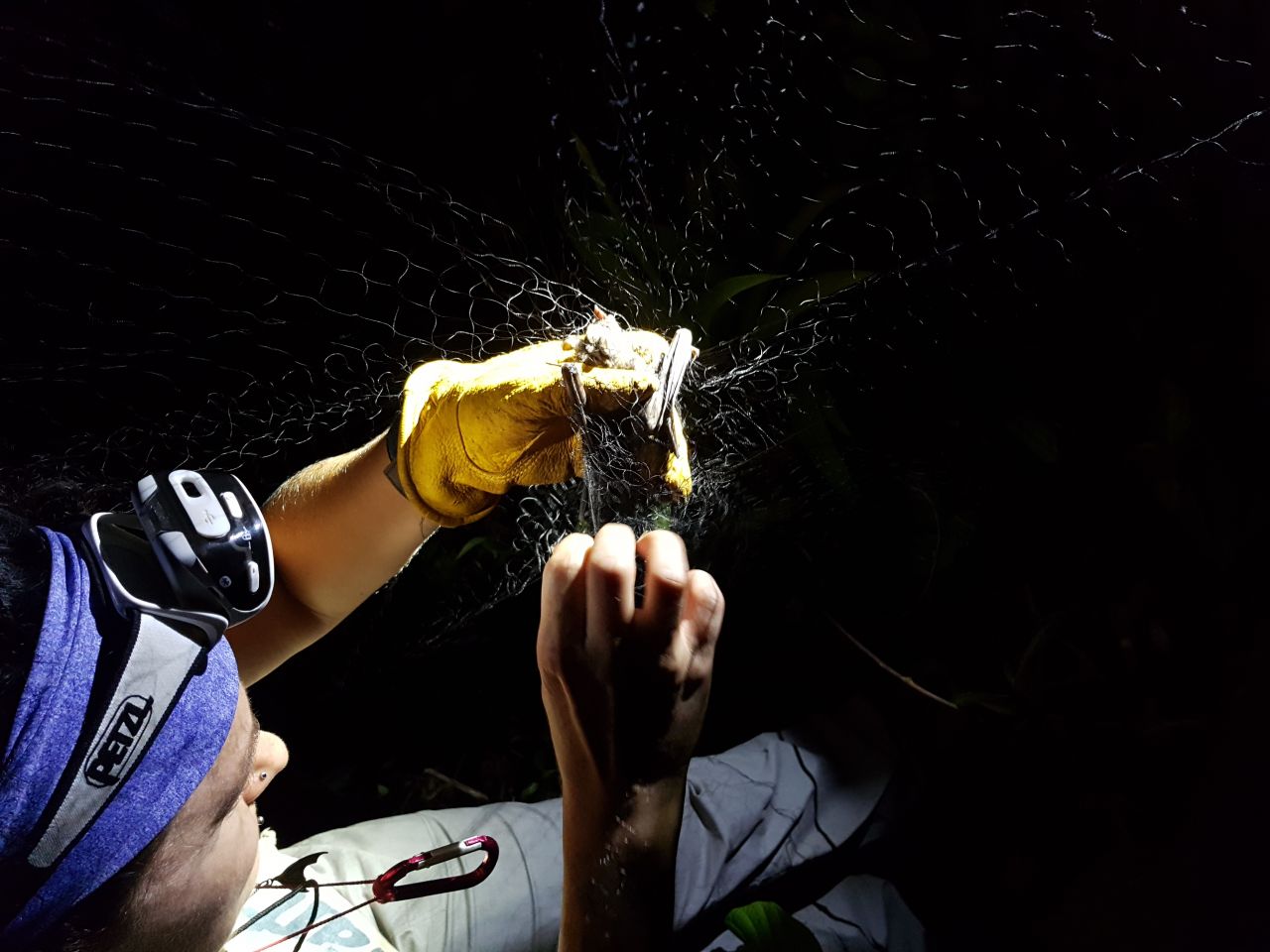 Sims found only 79 bats at her old study sites — far fewer than the 750 she’d found in the two years prior to the storm. However, she found another 169 bats at new sites and overall was relieved to determine that eight of the nine species she’d captured before the storm were still present on the island. Still, depending on their feeding behavior, some groups of bats fared better than others. Dominica is home to bats that feed on insects, nectar, or fruit (and one on fish, though Sims didn’t study it). Sims examined bats from the most common species in each group and found all had healthy body weights — a sign they were getting enough food. However, the fruit bat species she examined (Jamaican fruit bats) had fewer pregnant females and less new offspring when compared to previous years. It’s likely that because of the damage to fruit-bearing trees, and no extra calories to spare, female fruit bats opted out of breeding to conserve energy.

While Sims was not surprised about this effect on fruit bats, she says, “The nectar feeders did not appear to be as heavily affected as I expected.” This might be because flowering plants still managed to bloom later in the season or, as taller trees were knocked down by high winds, plants growing on the forest floor may have bloomed more with the increased sunlight. Both the nectar and fruit feeders may also be settling for other food like insects that can be even more plentiful after a storm, says Sims. 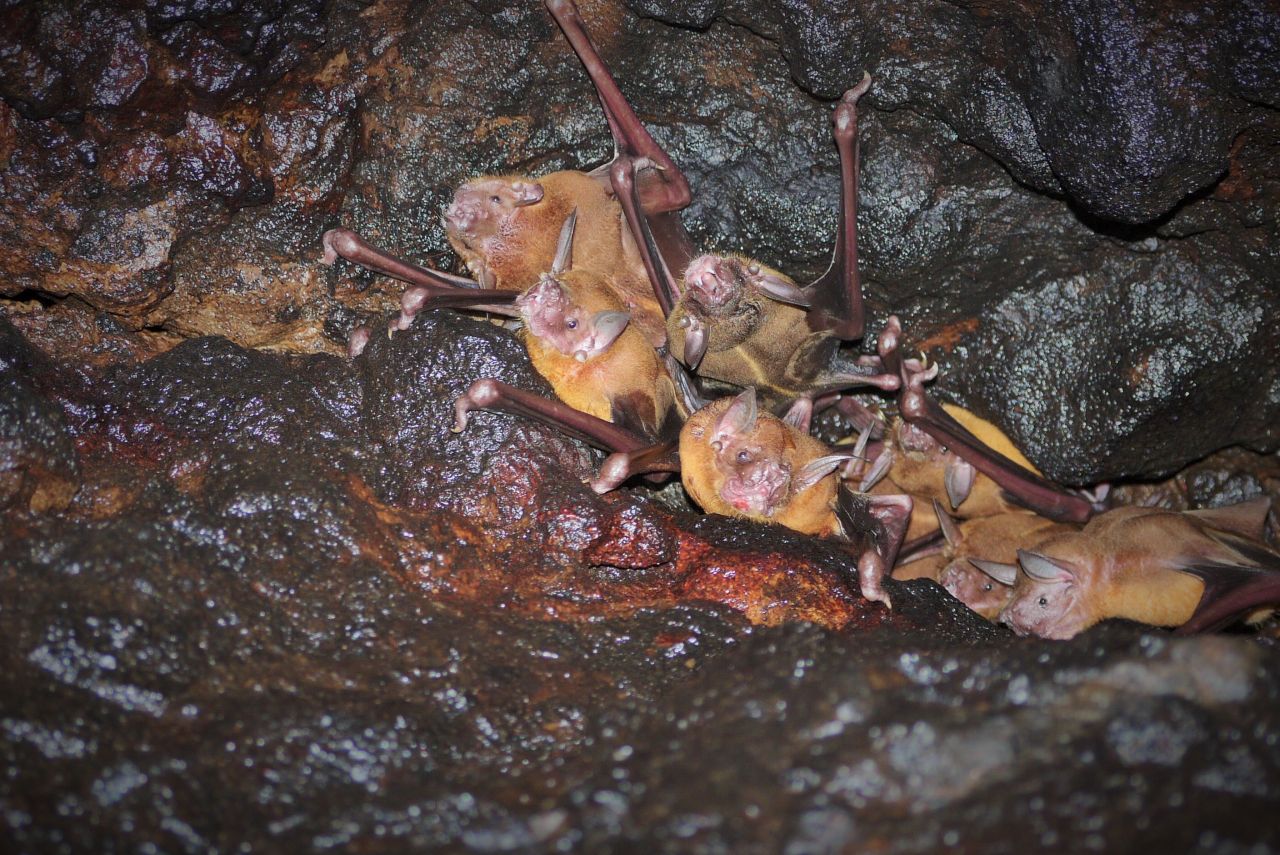 With climate change expected to spawn more severe hurricanes, Sims says that understanding how the bats are impacted will be important to future conservation efforts. The status of certain bats may need to be continually re-assessed after storms. Some of the island’s bat species such as the Dominican Myotis are already red-listed as a species at risk according to the International Union for the Conservation of Nature. Sims says that if bat populations are beaten back by multiple storms, they may eventually need to be bred elsewhere and re-introduced, in part because they play a critical roll in the ecosystem. Nectar feeders pollinate flowers, and fruit eaters disperse seeds. After the devastation of a hurricane, says Sims, “You’re really going to rely on those species to get the vegetation to come back.”