BOB ABERNETHY: The candidates’ use of religion has been controversial throughout the campaign. In the last of our special election reports, Kim Lawton asked several leading political experts to evaluate the role of religion and religious rhetoric this election season. 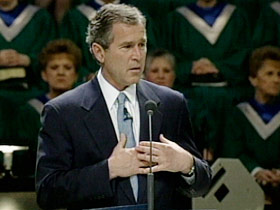 Vice President AL GORE (Democratic Presidential Candidate): I believe with all my heart that our nation has been blessed by God.

Former Secretary DICK CHENEY (Republican Vice Presidential Candidate): And to treat them, as Christ taught us, in the way we would wish to be treated ourselves.

Senator JOE LIEBERMAN (Democratic Vice Presidential Candidate): We Americans have got to have faith.

Vice Pres. GORE: The center of my life is faith and family.

Gov. BUSH: I searched my heart and recommitted my life to Jesus Christ.

KIM LAWTON: Over and over again this campaign season, the candidates have been tapping into a higher power. But despite the seemingly large amounts of God-talk, some political experts say they have been disappointed at the way religion has entered the electoral discourse.

Yale law professor Stephen Carter teaches and writes about religion. He told the Faith and Politics Institute he believes the talk has been largely superficial.

Professor STEPHEN CARTER (Yale University Law School): While candidates are talking about their faith, they are also being extraordinarily careful not to talk about the implications of their faith for any particular issue of policy. 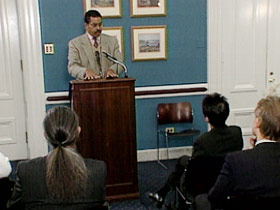 LAWTON: Carter says politicians who raise the issue of their religion have a moral obligation to explain what it means for their politics.

CARTER: If someone says, “I am a devout believer,” then what interests me is how does that belief affect your view about proper stewardship of wealth. How does that reflect your view about the economic system, about how we treat the worst off among us, and things like that. Now a candidate might say, “my faith matters to me, but it will not affect my decision making,” and my view is in that case, why bring it up in the first place?

Vice Pres. GORE (at a Detroit church): Paul wrote twice, to Galatians, and to Second Thessalonians, ‘Do not grow weary in well doing.’

LAWTON: But others question whether theological explorations belong in a presidential race. 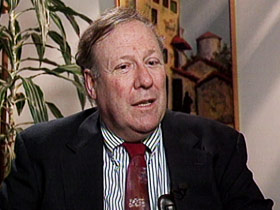 UNIDENTIFIED MODERATOR: Governor Bush, a philosopher or thinker, and why.

Gov. BUSH (during debate): Christ, because he changed my heart.

Professor LEO RIBUFFO (George Washington University). As someone who has studied religion and politics all of my adult life, I would love to know what George Bush means when he says that Jesus is his favorite philosopher. I would love to know what Al Gore means when he says he tries to live every day asking what would Jesus do. But I don’t think we would get useful answers to those questions, and I don’t think that’s the sort of thing Americans really need to know to evaluate a presidential candidate.

LAWTON: In fact, Professor Ribuffo believes there are only a few circumstances where such discussions would do more good than harm.

RIBUFFO: If a major party nominated a serious believer in Bible prophecy, who thought that the European Community prefigured the coming of the anti-Christ, then I would say sure, we’d better ask, and we’d better ask fast, how does this influence policy. But since everyone plausibly nominated is well within the civil religion tradition, I don’t think asking the questions would get very good answers, and I think it’s more likely to stir animosity, which the country doesn’t need.

Gov. BUSH: I wish I knew the law to make people love one another. I would sign it.

Sen. LIEBERMAN: If you believe in God, I think it is hard not to be an environmentalist. 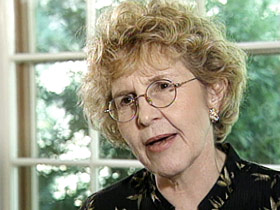 JEAN BETHKE ELSHTAIN (University of Chicago): It is a hard thing to talk about and to talk about well in a political context. Because it is deeply personal. Yet, it helps to make you who and what you are. So, I think there is no law about it, there is no general rule to follow. You just have to hope that the candidates have a sense of appropriateness of the occasion, [and] remind themselves at every point about the religious pluralism of America, so they don’t exclude those who aren’t of their own faith community, and I think we should ask that of candidates and we should insist on it.

JIM WALLIS (Call to Renewal Coalition): I think it very important to get this right. In other words, I don’t think candidates, or any of us, should say “Biblical faith dictates particular policy prescriptions.” Rather we have to say, “What are the fundamental kind of moral issues here?” Vision and direction, and I would say, moral imperatives have to be there, or else faith-talk is sort of “vote for me, I’m a nice religious guy and you can trust that.”

LAWTON: Jim Wallis wrote to both presidential candidates last month on behalf of the religious leaders in his broad-based Call to Renewal Coalition. He suggested they use the issue of child poverty to further explain how their faith might impact their politics. 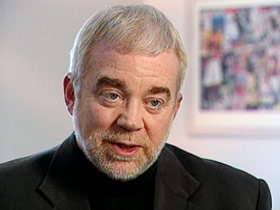 WALLIS: Let’s now become specific, let’s be concrete. Isn’t it right? Isn’t it good, wouldn’t it be a moral goal to say, “let’s cut child poverty in half by five years.” To me that’s an appropriate thing for religious leaders to ask of politicians.

LAWTON: It’s unclear how any of this may play with the voting public. According to a recent survey by the Pew Research Center for the People and the Press, 70% of voters prefer a president with strong religious beliefs. But half also say they are uncomfortable when politicians discuss how religious they are.

RIBUFFO: Most Americans are satisfied with what we’ve got, and what we’ve usually had since Eisenhower: an affirmation of a civil religion, a sense that God likes America, even if he’s not quite an American, and a belief that our candidates hold some sort of theistic religiosity.

LAWTON: Stephen Carter says, he hopes voters won’t be satisfied with mere political pandering on religious issues. And, he says, the voters are the ones with ultimate control.

CARTER: In the end, in a democracy, our best security against any error is going to be the wisdom and goodwill of people, of voters, of you and me. If we have, or think we have, too much talk about religion in politics or too little, then the only real security for them is for voters to push one way or the other.

Church Endorsements and the IRS